Theatre News: Down To Eartha, Gong Lum’s Legacy, Enda Walsh’s The Same, Here There Be Dragons – A New Musical Quest and AD 16 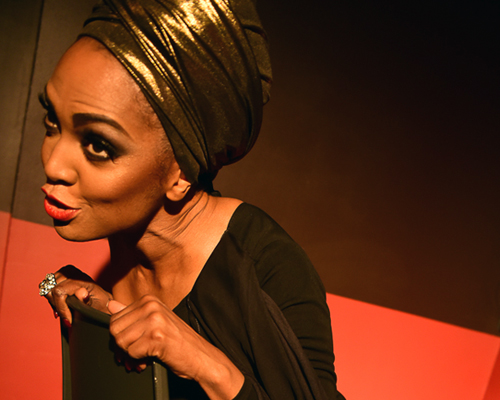 Theatre News: Down To Eartha, Gong Lum’s Legacy, Enda Walsh’s The Same, Here There Be Dragons – A New Musical Quest and AD 16

MPTP Productions Intl. in association with 24 Bond Arts Center invite you to a special Black History Month return engagement of Down To Eartha, a one woman show written and performed by Dierdra McDowell (2-time AUDELCO Award nominee for Outstanding Solo Performance as Eartha Kitt), and directed by AUDELCO nominee Marishka S. Phillips. Performances run February 23-27 at Gene Frankel Theatre (24 Bond Street, between Bowery and Lafayette).In January 1968 entertainer and activist Eartha Kitt was invited to the White House by Lady Bird Johnson to partake in a women’s luncheon to discuss rising crime rates in America. At the luncheon, Eartha stood up and expressed her views that the increase in crime was mostly due to America’s involvement in the Vietnam War. Lady Bird was personally insulted by the comment and shortly after, by order of President Lyndon Johnson, Kitt was blacklisted from work in the United States for 10 years. In one act filled with drama and music, Down To Eartha recounts Eartha Kitt’s memories of that fateful day and her personal journey to reclaim her own power and freedom. Down To Eartha runs February 23 – 27, Wednesday – Saturday at 8pm and Sunday at 4pm. Gene Frankel Theatre is located at 24 Bond Street, between Bowery and Lafayette — accessible from B,D,F,M trains at Broadway/Lafayette or the #6 at Bleecker. Tickets are $20 – $25, available at www.downtoeartha.com. 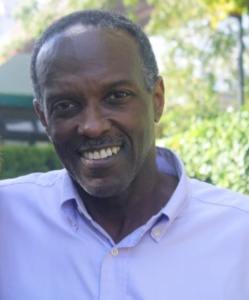 Woodie King Jr.’s New Federal Theatre (2021 Tony Award Honoree for Excellence in Theatre) in association with The Peccadillo Theater Company will present the World Premiere of Gong Lum’s Legacy by Charles L. White (2021 Diverse Voices Playwriting Initiative winner; semifinalist in the 2019 Blue Ink Playwriting Award Competition), directed by
Elizabeth Van Dyke (The Talk at EST; Great Men of Gospel at NFT) with Associate Director Dan Wackerman (Artistic Director of the Obie, Lucille Lortel, and Drama Desk Award-winning Peccadillo Theater Company). The production will run March 24-April 24 at Theatre @ St. Clements (423 West 46th Street).
Gong Lum’s Legacy takes place in 1924 in the Mississippi Delta. Set against the backdrop of the Jim Crow South, we witness the unexpected romance that blooms between Joe Ting, a Chinese Immigrant and Lucy Sims, a Black school teacher.
Joe’s father, Charlie, is adamantly opposed to their relationship. When Charlie’s friend, Gong Lum, sues the local school board to permit his daughters to attend a white school. Charlie is confident that Lum will prevail and that Chinese people will soon have the same rights as whites. Charlie does not want those rights jeopardized by his son being romantically involved with a Black woman, and he does everything in his power to separate the young couple.
Lum v Rice, an actual civil rights case, eventually reached the Supreme Court which ruled that the exclusion on account of race of a child of Chinese ancestry from a public school did not violate the Fourteenth Amendment to the United States Constitution. The decision effectively approved the exclusion of any minority children from schools reserved for whites.

U.S. Premiere Next Week: Enda Walsh’s The Same A Corcadorca Production. Don’t miss the high-octane performances of two of Ireland’s foremost theatre actors, Eileen and Catherine Walsh, in Enda Walsh’s mind-bending 2017 drama, now making its way to NYC for the first time. Previews for this immersive staging from the minds of Corcadorca and director Pat Kiernan—the visionary team that produced Enda’s first play, Disco Pigs, in 1996—begin next Wednesday February 16th and runs until March 6th. 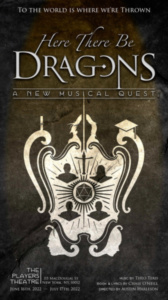 the world premiere of Here There Be Dragons – A New Musical Quest, inspired by the classic tabletop fantasy role-playing game Dungeons & Dragons. Featuring book and lyrics by Chase O’Neill, music by Theo Teris, orchestrations by Scott Wasserman (Hamilton, Dear Evan Hansen), and direction by Austin Harleson, Here There Be Dragons is set to premiere at The Players Theatre (115 MacDougal Street) with performances beginning Thursday, June 16, and set to run through Sunday July 17, 2022.The night before their college graduation, a tight-knit group of Dungeons and Dragons players embark on their final quest. They must contend with their anxieties, fears, and obstacles, manifested as fantasy monsters and locales, to discover what their futures may hold. This musical quest will take audiences on a journey through the trepidation and excitement of growing up, holding on to what’s dear, and moving forward in life without our “swords”. Additional information, including complete cast and creative team, will be announced shortly. For more information, please visit TerisAndONeill.com/HereThereBeDragons

The Olney Theatre Center in Maryland, is presenting  A.D. 16—a world-premiere musical imagining a teen romance between Mary Magdalene and Jesus of Nazareth. This show was the winner of theEdgerton Foundation New Play Award and asks what if your first crush really was perfect? From Cinco Paul (Despicable Me and the musical hit of the summer Schmigadoon) and Bekah Brunstetter (This Is Us) comes the inspiring story of teenaged Mary Magdalene, who falls in love with the carpenter’s son next door… who happens to be a kid named Jesus. In her quest to impress him, Mary has to fend off a trio of 1st-Century Mean Girls and a bunch of Beastie Boys-inspired wiseguys from the Sanhedrin. She learns that getting Jesus to love you back is both easier – and harder – than she ever imagined.  With a R&B score and a riotous cast of characters, A.D. 16 achieves the rare feat of being both funny and sincere. A thrilling and fun musical for people of all faiths, or no faith at all.