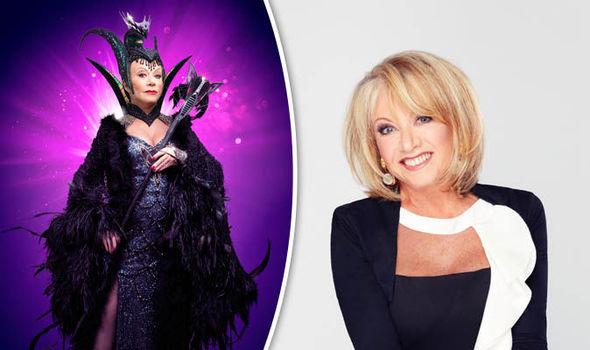 Elaine Paige will return to the role of Queen Rat for the upcoming socially distanced pantomime at The London Palladium.

Paige joins a plethora of stars who have appeared in previous Palladium shows, such as Julian Clary, Paul Zerdin, Nigel Havers, Gary Wilmot, Ashley Banjo and Diversity and Charlie Stemp for the experience. Beverley Knight and Jac Yarrow will join the piece, after previously starring in the Birmingham Hippodrome panto.

The production is aided by the National Lottery, which will be helping to support pantos through ticket buying schemes. More details and venues participating in the scheme are to be announced.

Keen Company’s 2020-’21 Season will feature a series of all-star benefit broadcasts, beginning with Howard Koch’s legendary adaptation of War of the Worlds made popular by Orson Welles followed by Sorry, Wrong Number by Lucille Fletcher, which was once called “the greatest single radio script ever written.”

Each one-night only event will feature a starry cast performing the audio piece live, and include a talkback after the show with artists. Tickets to these fundraiser events will support Keen Company’s Hear/Now audio theater season, as well as our Keen Playwrights Lab for mid-career writers and Keen Teens which serves students in all five boroughs of NYC. Tickets are only $25 and are available on at broadwayondemand.com.

Today Keen Company Artistic Director Jonathan Silverstein announced some of the cast for War of the Worlds, led by Jason Tam, who will be joined by Arnie Burton, Morgan Siobhan Green, and Khiry Walker, with more to be announced shortly. War of the Worlds will have original music by Paul Brill.

“Since the early days of the pandemic, I became increasingly obsessed with old time radio and the ways these early pioneers provoked their audience to use their imagination in new ways. One of the greatest of these programs is Orson Welles’s War of the Worlds, which skillfully used ‘fake news’ to create real life panic on October 30, 1938. 82 years later, I am thrilled to be collaborating with a wonderful group of talented and generous Keen friends to create an all new audio version of this famous broadcast. I look forward to sharing this one of a kind revival, which will not only entertain, but also bring to light some eerily similar themes between its original broadcast and today,” said Mr. Silverstein.

This one-night only benefit performance of Howard Koch’s adaptation of H.G. Wells’ classic novel was made infamous during its original broadcast, sounding so realistic it incited mass hysteria across America and elevated “fake news” to an art form. Listen as a news station reports sinister machines and mysterious creatures making their way towards New York City, during Keen’s starry live performance of one of the most famous radio plays in history on the night before Halloween.  Orson Welles’s legendary production originally aired on October 30, 1938 as part of The Mercury Theater on the Air and was similarly the product of NYC theater company learning to diversify.

The series culminates with a York Holiday Cabaret Gala on Monday evening, December 21, 2020 at 7:00PM. Details and ticket pricing will be announced shortly. Proceeds from this event will benefit the programs of The York Theatre Company. Reservations can be made as soon as details are announced.

PS CLASSICS, the label dedicated to the heritage of Broadway and American Popular Song, has released a new single today, Friday, October 16: a duet of Rebecca Luker and Matthew Scott singing Jerome Kern and PG Wodehouse’s delightful “The Enchanted Train.” The chart was orchestrated and music directed by Joseph Thalken, produced by Tommy Krasker, and mixed by Bart Migal. It is currently available from all digital and streaming platforms.

Rebecca Luker says, “In 2013, I recorded a duet for my Jerome Kern CD, I Got Love: Songs of Jerome Kern, with my brilliantly talented friend, Matthew Scott. I was heartbroken that the song never made it onto the final recording. But now PS Classics has gorgeously orchestrated ‘The Enchanted Train,’ and I’m so grateful. I hope you enjoy it as much as I do.”

PS Classics founder Tommy Krasker notes, “The song wasn’t in Rebecca’s original stage show. Ironically, it was my idea to add it for the album, because I’ve always loved the song so much. But as I mixed it down, I realized that the rest of the CD was so personal and introspective that this joyous song just didn’t fit. It got left on the cutting room floor. But this past summer, I found myself thinking about it a lot, as did Becca and Matt. I realized it needed more of a chart than the piano and bass that had accompanied the original album, and music director Joe Thalken brilliantly orchestrated it for eight players — Rick Heckman, Sean McDaniel, Robin Zeh, Paul Woodiel, Deborah Sepe, and Dick Sarpola — who recorded it in their private studios. Our genius engineer Bart mixed it all down, Becca and Matt chimed in with notes and comments — and happily, hearty approval — and we’re all so thrilled to unveil the results. As the song title implies, it’s three-and-a-half minutes of pure enchantment.”

Matt Scott added, “I was so excited when Becca asked me to duet with her on ‘The Enchanted Train.’ I’m a huge Jerome Kern fan and an even bigger Rebecca Luker fan. To me, Becca IS Broadway. Her signature soprano voice has always sent chills up my spine, and duetting with her on this track was no different.”