Theatre News: Fairycakes, The Book of Moron, The Vineyard Theatre and WP Theater 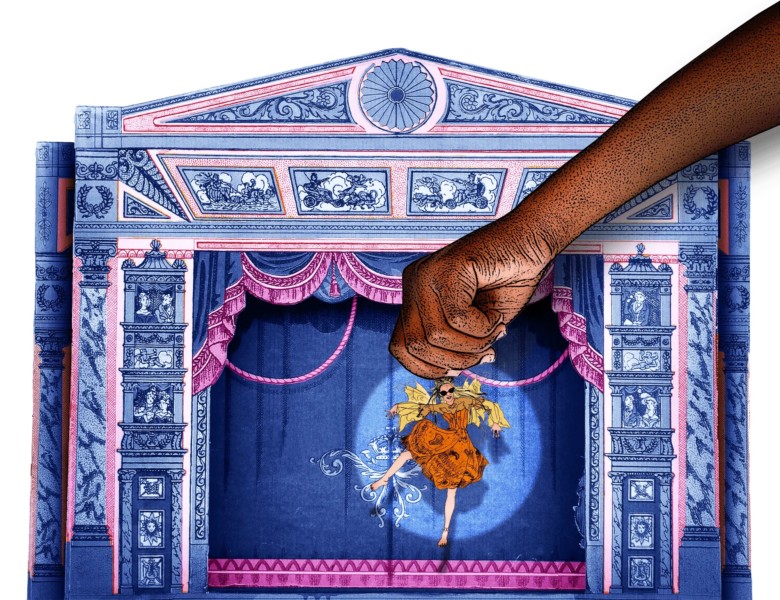 Theatre News: Fairycakes, The Book of Moron, The Vineyard Theatre and WP Theater

Performances will run Tuesdays through Thursdays at 7:30pm, Fridays at 8:00pm, and Saturdays and Sundays at 2:00pm and 8:00pm. Tickets are available now starting at $35 on www.FairycakesThePlay.com; and the TodayTix® app.

The Book of Moron (www.robertdubac.com), a new comedy written by and starring Robert Dubac (The Male Intellect: An Oxymoron?), will play at The SoHo Playhouse (15 Vandam Street) beginning August 12, it was announced today by Moment-to-Moment Productions.  Opening night is set for August 23

In The Book of Moron, Dubac portrays an everyman who has lost sight of the bigger picture. He’s been bombarded by so much hype and spin that he can’t remember who he is or what he believes. Can he think for himself? Is the truth in the details or in the pudding? He hasn’t a clue. Stuck in a coma of stupidity (his IQ has dropped to Q) he racks his brain searching for answers but finds nothing but voices. Inner voices that take him on a freight train of provocative thought to find the bigger picture and wake up from the dumbing down of modern-day life. Having been brainwashed by a culture that worships image over character, delusion over truth, and selfies over self-effacement; can he snap out of it? The Book of Moron was workshopped in Los Angeles, Denver, and New York in 2015 and has toured the country extensively since 2016.

The Book of Moron was originally directed by the late Garry Shandling. Robert Dubac reminisces, “Garry and I would spend hours in his kitchen agonizing over the precise way to get the humor to ring true. Then we’d move into the living room to rehearse. Back and forth, back and forth. Repetition, repetition. We both came from the Meisner school of acting but he was a master at applying it to comedy. His secret was to always allow the truth of the moment drive the funny.”

The Book of Moron will play Thursday – Saturday at 9pm with matinees on Saturday and Sunday at 3pm. Tickets for The Book of Moron are $45 for regular seating and $35 for the back two rows. $55 premium tickets are available.After a year of Covid, the Producers have chosen to deflate prices in order to make it easier for morons everywhere to inflate their joie de vivre. Even teenage morons. Tickets can be purchased at www.robertdubac.com or by calling (212) 691-1555.

The SoHo Playhouse has 178 seats with no seating restrictions. For more information, please visit: www.sohoplayhouse.com or  www.robertdubac.com.

The Vineyard returns to its home in Union Square with the world premiere of Charly Evon Simpson’s sandblasted, directed by Summer L. Williams who is making her New York directorial debut. sandblasted is a co-production with WP Theater, the first in a two-show collaboration between the companies.

Additional offerings this season include part two of the critically acclaimed Lessons In Survival,  in front of a live audience, created with and performed by The Commissary and directed by Tyler Thomas; and commissioned works from Vineyard favorites Ngozi Anyanwu, Kirsten Childs, Jared Mezzocchi, Polly Pen, and Madeline Sayet.

The Vineyard’s Original Cast Benefit Reading Series will continue this season with a special virtual benefit reading of Nicky Silver’s The Lyons, ten years after it premiered at The Vineyard. The reading will reunite director Mark Brokaw with original cast members Linda Lavin, who received a Tony Award nomination for her performance, Michael Esper, Katherine Jennings Grant, Brenda Pressley, Gregory Wooddell and will feature Richard Schiff in the role originated by the late Dick Latessa.

To purchase a Vineyard Membership and for additional information regarding packages please visit HERE (https://www.vineyardtheatre.org/tickets/become-a-member/overview/) or the box office can be reached by phone Monday – Friday 1:00-6:00pm  at 212-353-0303.

WP Theater, 2021-22 Season kicks off August 2 – 5 with Monica Bill Barnes & Company’s Many Happy Returns, an inventive and intimate new dance piece. Created by Robbie Saenz de Viteri and Monica Bill Barnes, Many Happy Returns combines language and movement that reflect on the internal interactions that populated our pandemic minds and celebrate the awkward first steps as we move forward and decide, who do we want to be now? Many Happy Returns is a work in progress, much like ourselves in this moment, and will change with each performance, based on the audience each night.  The theater will be open to limited-capacity audiences, with proof of vaccination required for purchase and entry.  All tickets are $5.

Following Many Happy Returns is “Welcome Home, or Ten Tiny Snapshots of WP”, an audio tour that invites up to four audience members at a time to explore what makes them feel at home in WP’s theater space on the Upper West Side. Conceived and created by WP’s current BOLD Associate Artistic Director Rebecca Martinez (Here We Are – New York Times Critics’ Pick), with Sound Design & Editing by Christopher Darbassie (Black Exhibition), this choose-your-own adventure of ten audio snapshots, running September 20 – October 2, will offer a behind the scenes journey into WP’s past, present, and future.  Featuring voices and stories from artists at the core of WP Theater’s work, including excerpts from founder Julia Miles, the installation peels back the curtain on spaces not typically accessible to the public, such as the backstage areas, dressing rooms, and the stage itself. The experience reimagines the ways we connect to our physical spaces and the ways the WP community can grow. You are home. Proof of vaccination will be required for purchase and entry. All tickets are $5. Additional artists associated with “Welcome Home” will be announced shortly.

Award-winning director Summer L. Williams (Neighbors), in her New York debut. Angela and Odessa are on a sandy search for something that might not be real but they are determined to make a way out of no way. When they stumble upon ADAH, that’s right THE Celebrity-turned-Wellness-Maven Adah, they decide to follow her lead not knowing that the journey could very well be the cure. sandblasted is a deeply stirring, funny, theatrically daring story of waiting and hoping, time and healing, from the award-winning playwright of Behind the Sheet. Originally slated as part of WP Theater’s 2020 Pipeline Festival, sandblasted will make its world premiere February 3 – March 13 at Vineyard Theatre (108 East 15th Street).

“In March of 2020 we had to cancel our Pipeline Festival, which was meant to include the theatrically inventive, playful, human, and incisive sandblasted by Charly Evon Simpson,” adds McNulty. “So, it feels beyond meaningful to partner with the Vineyard Theatre to bring the play to full life under the brilliant hand of Summer L. Williams.  We are also thrilled for sandblasted to be the first of a two-play collaboration with Vineyard and look forward to welcoming them to WP’s theater for our next project together!”

WP will also continue to evolve their partnership with the young Women+ from viBe Theater Experience – an organization providing girls, young women, and nonbinary youth of color (aged 13-25) in New York City with free, high-quality artistic leadership and academic opportunities. The evolution follows the successful collaboration on Where We Stand in which five young Women+ worked alongside the creative and production team, as well as last season’s launch of the first Pages to Stages cohort. This year’s program will bring together young writers and designers with theater professionals from WP’s community of designers, writers, and directors, to mentor their writing of new plays and offer an in-depth look into the process of developing new work for professional production. The mentorship will culminate in a presentation of their work on WP’s stage. The details for the presentations will be announced at a later date.

For additional information and to purchase tickets to the 2021-22 season, please visit: www.WPTheater.org.  Covid-19 safety protocols for sandblasted, the Pipeline Festival, and the viBe Pages to Stages Presentations will be announced closer to the events.