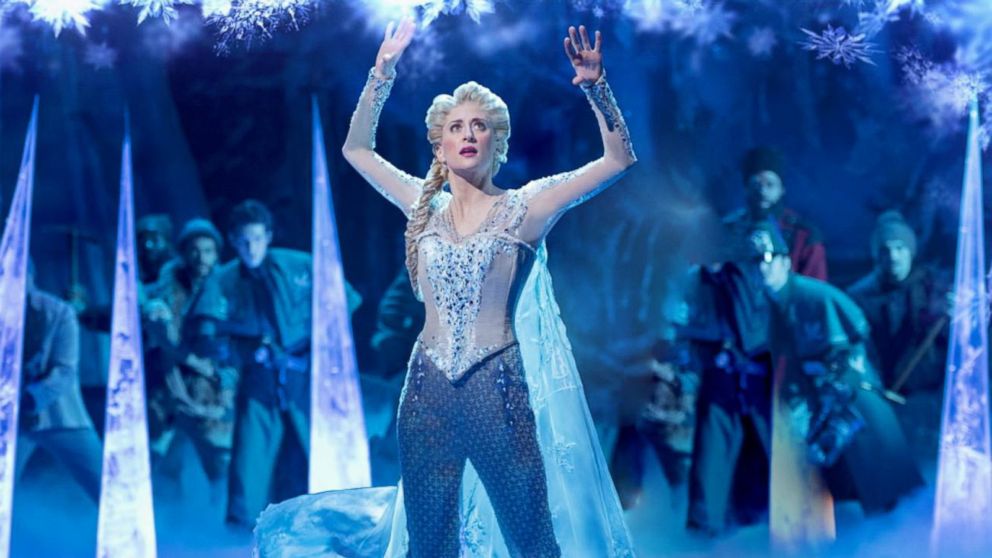 We have all known as this pandemic goes on Broadway is not opening up until next year. As shows finally give their notices or move to March 2021 the writing is on the wall. The latest to close is Disney’s Frozen, which will not reopen at the St. James Theatre. Their final bow was March 11th running a impressive 26 previews and 825 regular performances. Disney Theatricals plan to resume the musical’s national tour and international productions including West End, Australia, Japan, and Germany next year.

Actor’s Equity sent out the following: “Today’s news should be an all hands on deck moment for Governor Cuomo, Mayor De Blasio and Congress,” said Mary McColl, Executive Director of Actors’ Equity Association. “The arts and entertainment sector drives the economy of New York, just like it does in cities and towns across the country. Decisions made in the days and weeks ahead will shape the future of the arts sector for years to come. Public officials at all levels must think much more boldly about supporting the arts or our entire economy will be slower to recover.”

“Dance Battle Royale” created by Kelly Devine with the cast of Diana” A True Musical Story“.

Broadway On Demand, the new streaming platform for theater devotees, is proud to announce its initial slate of programming entitled “30 Days of Opening Nights.” The platform, which officially goes live on Sunday, May 17, will offer an array of headline events, including the online streaming premiere of Broadway’s Allegiance, featuring a live virtual red-carpet starring original company members George Takei, Telly Leung and other members of the Original Broadway Cast (Friday, May 29 at 7:30 PM ET), as well as a special streaming presentation of Broadway’s Bandstand, with a live virtual Memorial Day celebration featuring very special guests. (Monday, May 25 at 7:30 PM ET).

Finally, Morgan Freeman and Usher are among the latest to join the star-studded lineup for the previously announced “A Night of Covenant House Stars” (Monday, May 18 at 8:00 PM ET), the benefit concert featuring more than 50 powerhouse performers uniting to sing and share a message of inspiration for young people in support and celebration of the Covenant House, the international charity providing housing, food and healthcare to children and youth facing homelessness and the heroism of front-line staff working around the clock to keep them safe during the COVID-19 crisis.

All events can be streamed directly at BroadwayOnDemand.com, where a complete schedule of events can also be found.

The Actors Fund, a national human services organization for everyone in performing arts and entertainment, announced it has distributed a record-breaking amount, over ten million dollars ($10,500,000.00) in just eight weeks to help provide emergency financial assistance for those in need due to the ongoing COVID-19 pandemic. This emergency financial aid is helping the most vulnerable members of the performing arts and entertainment communities, as well as those facing financial hardship, by providing assistance for basic living expenses including essential medications, housing costs, food, and utilities.

(For context: in 8 weeks The Fund has distributed more than 5 times the funds normally provided in 1 year for people in need in the performing arts and entertainment community.)

Brian Stokes Mitchell, Tony Award winner and Chairman of the Board of The Actors Fund, said, “Looking at a number – even one as large as ten million – doesn’t begin tell the whole story. In an instant, our friends and supporters, people like Rosie O’Donnell, Seth Rudetsky & James Wesley and others, began dreaming of entirely new fundraising models that would prove to be nothing short of lifesaving. In all my years working with The Fund, I’ve never been so moved, so inspired, or so grateful.”

Joseph Benincasa, President and CEO of The Actors Fund, added, “The kind of collaboration and generosity we’ve seen over the past two months from our entertainment industry union and guild partners, including SAG-AFTRA, Actors’ Equity, and the IATSE, as well as thousands of individual donors, has been nothing short of staggering. It is an unbelievable honor to be able to do so much good for so many people, thanks to the unprecedented level of support we continue to receive.  It’s also important to note that this is by no means a victory lap. In the coming months, we anticipate helping our entertainment industry colleagues navigate issues such as union health insurance, the new COVID-economy, mental health support, addiction and recovery resources, affordable housing, securing government resources, and more. The level of need is overwhelming, and our work has only just begun.”

As the situation with Coronavirus (COVID-19) continues to evolve, The Actors Fund has transitioned to online and phone-based services, which remain available for everyone in the performing arts and entertainment community. These services include: Artists Health Insurance Resource Center, The Career Center, Housing Resources, Addiction & Recovery, HIV/AIDS and Senior Services, Counseling and Emergency Financial Assistance, as well as The Friedman Health Center for the Performing Arts in New York City.