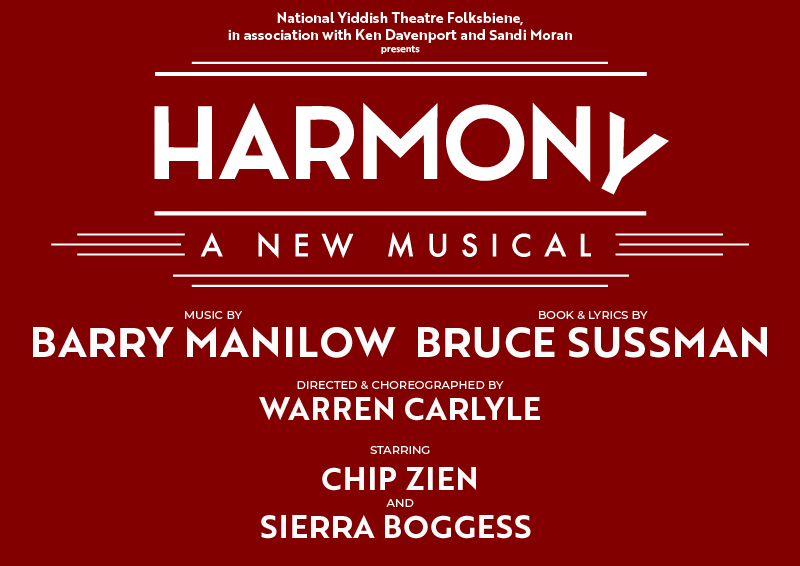 Harmony: A New Musical by Barry Manilow & Bruce Sussman tells the true story of the Comedian Harmonists, six talented young men, Jewish and gentile, who came together in 1920s Germany and took the world by storm with their signature blend of sophisticated close harmonies and uproarious stage antics.

Directing and choreographing Harmony will be Tony Award winner and Emmy-nominated Director Warren Carlyle.Carlyle won a 2014 Tony Award for his choreography for After Midnight, for which he was also Tony Award-nominated as Best Director. Upcoming: choreographing the Broadway revival of The Music Man starring Hugh Jackman and Sutton Foster.

“I’m thrilled to be directing Harmony and helping bring this show to New York. It’s an important message and it could not have found a better home to start a New York run than the National Yiddish Theatre Folksbiene at the Museum of Jewish Heritage – A Living Memorial to the Holocaust,” Warren Carlyle said.

Sheldon Harnick to present Danny Burstein with the Sheldon Harnick Award for Creative Excellence and John Doyle will present Chita Rivera with the Encompass Outstanding Lifetime Achievement in the American Musical Theatre. 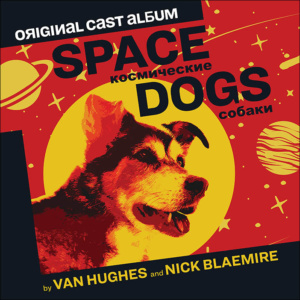 Ghostlught Records will release the original cast album of the new musical Space Dogs on Friday, February 11. The show features music and lyrics by Van Hughes and Nick Blaemire, who also perform the show. Space Dogs is currently in previews at New York’s MCC Theater, directed by Ellie Heyman, opening on February 13 and running through March 6. Starting today, customers who pre-order the digital album will immediately receive the album’s new single “If I Start a Race.”  The album is produced by Van Hughes and Nick Blaemire, with Kurt Deutsch serving as executive producer. Pre-order now at ghostlightrecords.lnk.to/SpaceDogs

Space Dogs is an epic new musical that tells the mind-blowing true story of Laika and the Chief Designer – a stray dog and the top-secret Russian scientist who sent her to space during the Cold War. The show is a sweeping, kaleidoscopic tale of invention, betrayal, international political intrigue, and the immortal friendship that exists between man and dog, as they journey together to the stars. 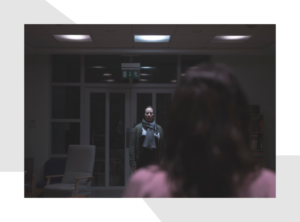 The Same marks a dual homecoming for Enda—returning to 726 11th Avenue five years after the staging of his sold-out installation Rooms, in what was then still Cybert Tire, the site of the new Irish Arts Center, and to Corcadorca, the Cork City theatre company that produced Walsh’s 1996 breakthrough work, Disco Pigs. For tickets click here. 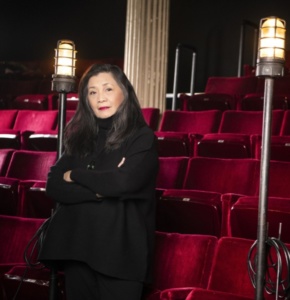 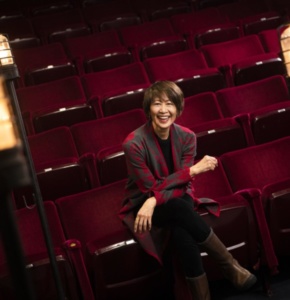 Actor, artist, and photographer Billy Bustamante (Soft Power at The Public) captured the cast of Out Of Time — the first all-Asian American cast over the age of sixty — in a series of new portraits. 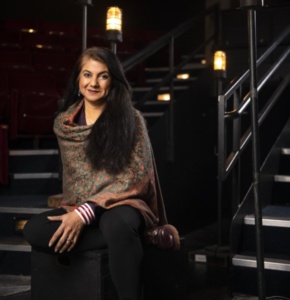 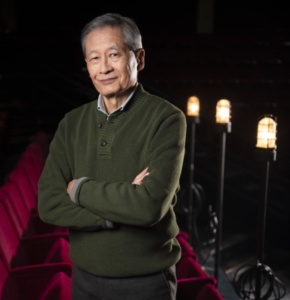 Beginning on February 15, Out Of Time is a theatrical tapestry exploring age, memory, parenthood, and identity in a collection of five moving new works. 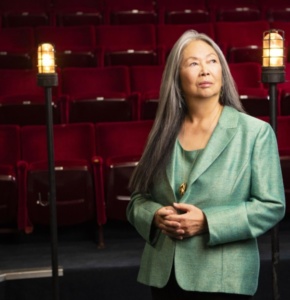 Visit publictheater.org to view the full portraits by Billy Bustamante and to access tickets.