Theatre News: Hugh Jackman Cuts His Nose, Ain’t Too Proud – The Life and Times of the Temptations and John Legend, Chasing Jack, Mornings At Seven 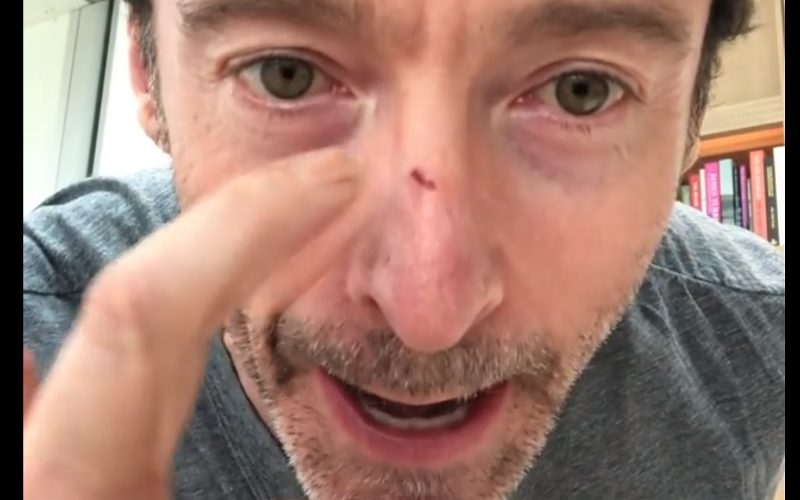 Theatre News: Hugh Jackman Cuts His Nose, Ain’t Too Proud – The Life and Times of the Temptations and John Legend, Chasing Jack, Mornings At Seven

Hugh Jackman accidentally sliced his nose with a hat while rehearsing for his upcoming role in The Music Man on Broadway. Jackman, 53, was flipping a boater hat around while practicing choreography for the show on Wednesday.

Grammy Award®-winning superstar John Legend and producing partner Mike Jackson visited with the cast and creative team of the Broadway company of the Tony Award-winning Ain’t Too Proud – The Life and Times of the Temptations.

Under their Get Lifted Film Co., Legend and Jackson along with Ty Stiklorious, recently joined the producing team of the smash Broadway musical sensation.

Leading the cast of Ain’t Too Proud as The Temptations are Nik Walker as ‘Otis Williams,’ James Harkness as ‘Paul Williams,’ Jawan M. Jackson as ‘Melvin Franklin,’ Matt Manuel as ‘David Ruffin,’ and Jelani Remy as ‘Eddie Kendricks.’

Ain’t Too Proud – The Life and Times of The Temptations, won the 2019 Tony Award for Best Choreography, is the electrifying extraordinary journey from the streets of Detroit to the Rock & Roll Hall of Fame. With their signature dance moves and unmistakable harmonies, they rose to the top of the charts creating an amazing 42 Top Ten Hits with 14 reaching number one. The rest is history – how they met, the groundbreaking heights they hit, and how personal and political conflicts threatened to tear the group apart as the United States fell into civil unrest. This thrilling story of brotherhood, family, loyalty, and betrayal is set to the beat of the group’s treasured hits, including “My Girl,” “Just My Imagination,” “Get Ready,” “Papa Was a Rolling Stone,” and so many more.

The first national touring production of Ain’t Too Proud – The Life and Times of The Temptations will launch this December and visit more than 50 cities coast-to-coast, including a homecoming to The Temptations’ roots in Detroit.

When John S. Anastasi’s Chasing Jack was invited to join the 131 productions participating in the 2019 New York Summerfest it was honored with both The Best of Festival Award and The Best Play Award. The play was then added to the 2020 schedule of Florida’s Willow Theatre when it was abruptly shut down, along with every other theatrical production in Boca Raton, on the afternoon of its Opening Night (Thursday, March 12) due to COVID-19.

Chasing Jack is a high-stakes, tightrope-walking, rollercoaster of a play. It’s the story of the suave Dr. Jack Chase.  A world-famous-Harvard-educated heart surgeon whose very serious gambling addiction has landed him in a very serious Manhattan courtroom where the blue-collar family of Michael James claims that he is directly responsible for the death of their Michael. This is Jack Chase’s last-chance malpractice lawsuit.  He needs to win this case. Every segment of his life depends on the win. The audience watches his nail-biting trial in real time. Addiction is ruthless.

Broadway’s Nancy Ringham (Follies, The Will Rogers Follies) will assume the role of Arry in the new production of Paul Osborn’s Morning’s At Seven, currently playing through January 9 at Theatre at St. Clement’s (423 W. 46th Street, NYC). Producers have announced that Ringham stepped into the role when Judith Ivey had to exit the production due to a torn tendon diagnosis. Opening night is rescheduled to Monday, November 15 at 7PM, to accommodate the sudden change in cast.

Nancy Ringham has appeared on Broadway and national tours in Follies, Three Penny Opera with Sting, The Will Rogers Follies, as Eliza Doolitle in My Fair Lady opposite Rex Harrison, as Sally Bowles in Cabaret with Joel Grey, and Adelaide in Guys and Dolls. Off-Broadway, Ringham has appeared in Fuddy Meers, Secrets of a Soccer Mom, Trouble in Tahiti and more.

Judith Ivey, sadly and suddenly, had to exit the production. “We are sorry to see Judith leave us and wish her a speedy recovery.”

The critically-acclaimed, three-time Best Musical Revival Award-winning Off-Broadway production of Little Shop Of Horrors which re-opened its doors on September 21, 2021 – kicked off Halloween weekend with a cast performance on the Special Halloween Episode of ABC-TV’s national morning show “The View” at 11:00AM ET.