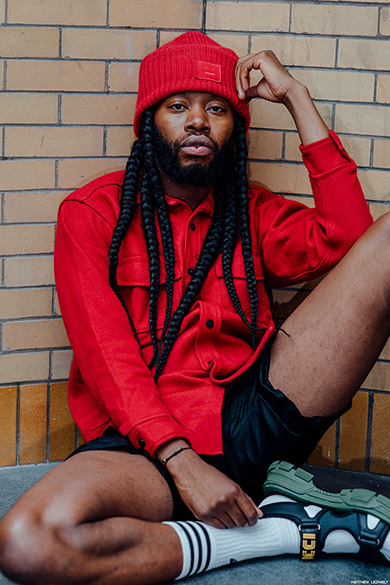 Producer Pat Addiss states “I have been involved in several black plays ….the most important recently was Eclipsed, written by a black playwright Danai Guirira and directed by a black woman Liesl Tommy. The lead producers were black and had no clue how to market to a black audience. The show was a tough sell despite starring Lupita Nyong’o. Last season had several black musicals including Ain”t Too Proud and Tina.There have been quite a few black musicals….but no one talks about all the black off Broadway shows of which there were many! By the way The Wrong Man who won my award for best musical OFF Broadway! tearing down does not help, building up does.

Tony Award-winning lighting designer, Howell Binkley, has passed away, after a battle with lung cancer. Binkley was currently represented on Broadway by Hamilton, Ain’t Too Proud, and Come From Away.

Binkley won the 2016 Tony Award and a 2018 Olivier Award for Best Lighting Design of a Musical for Hamilton. He also received nominations for Come From Away, After Midnight, the recent revival of How to Succeed in Business Without Really Trying, the 2009 revival of West Side Story, In the Heights, Jersey Boys and Kiss of the Spider Woman.

For Kiss of the Spider Woman he received the Binkley Olivier and Canadian Dora Awards. He is a two-time Henry Hewes Design Award winner for both work Jersey Boys and Hamilton. Binkley is also a five-time Helen Hayes Award recipient.

Ghostlight Records and The Civilians have announced that the second installment of world premiere albums of The Michael Friedman Collection, are available for streaming and download starting today,  Friday, August 14. Two new titles, (I Am) Nobody’s Lunchand Paris Commune, follow the first three – The Great Immensity, The Abominables, and This Beautiful City – that were released last year. (I Am) Nobody’s Lunch features music and lyrics by Michael Friedman and a book by Steve Cosson, from interviews by the company. Paris Commune, was written by Steve Cosson and Michael Friedman, with songs translated and adapted by Michael Friedman. This extraordinary long-term project will eventually comprise the premiere recordings of nine musicals from the beloved late Obie Award-winning songwriter Michael Friedman. For more information, and to stream or download the albums, please visit TheMichaelFreidmanCollection.com.

Ghostlight Records and The Civilians will host an online interactive listening party for both new albums on Thursday, August 27 at 8:00 PM Eastern. Tune in at youtube.com/ShKBoomGhostlight

Ghostlight previously recorded Friedman’s Broadway score to Bloody Bloody Andrew Jackson, The Fortress of Solitude and Love’s Labour’s Lost at the Public Theater, as well as Pretty Filthy and Gone Missing with The Civilians.

(I Am) Nobody’s Lunch, a dark ride through the landscape of American public culture, asks the thorny question — how do we know what we know when everyone in power seems to be lying? Is it possible to know what’s really going on in the world when information is manipulated to serve particular interests? Delving into the politics of information, The Civilians conducted extensive interviews with subjects ranging from a policymaker to a plucky extraterrestrial to soldiers guarding the New York subway. Turning these subjects into a mercurial cabaret-play, a versatile cast inhabits an eccentric cast of characters, all taken from real life. The New York Times hailed the show as “a funny, searching, at times plaintive look at the dangerous blurring of fact and myth in American culture.” Time Out New York called it “an elegant balance of intellectual inquisitiveness, political comment and sly entertainment.” (I Am) Nobody’s Lunch received its U.S. Premiere by The Civilians at 59E59 Theaters in New York City in 2006. Later that year, it received its London Premiere by the Civilians at Soho Theatre. The album features Quincy Tyler Bernstine, Nick Blaemire, Adam Chanler-Berat, Brad Heberlee, Daoud Heidami, Osh Ghanimah, Ashley Pérez Flanagan, Rebecca Naomi Jones, Jennifer R. Morris, Sarah Beth Pfeifer, Brian Charles Rooney, and Mary Testa, with an ensemble including Ashley Pérez Flanagan, Sarah Beth Pfeifer, Stephen Schapero, and Jacob Keith Watson.

Paris Commune is musical play which brings the explosive events of 1871 to life, as working-class Parisians overthrew the French government, declared Paris autonomous and launched an attempt to radically reinvent society. The show employs a bold theatrical form to tell the story of this first socialist revolution in Europe. It uses found texts and original songs from the time period to tell the story of this extraordinary event in which the Parisian community radically reimagined its entire society. Paris Commune was praised for its “dizzy exhilaration” by The New York Times and called a “wistfully, tunefully scholarly collage” by New York Magazine and “passionate and cleverly constructed” by The Boston Globe. Paris Commune had its world premiere in the 2012 BAM Next Wave Festival and ArtsEmerson in Boston, with previous productions at The Public Theater and La Jolla Playhouse. The album features Kate Buddeke, Aysan Celik, Charlotte Dobbs, Rebecca Hart, Nina Hellman, Daniel Jenkins, Brian Sgambati, and Sam Breslin Wright, with an ensemble including Randy Blair, Ally Bonino, Sarah Beth Pfeifer, and Jonathan Raviv.

Suzanna BowlingDecember 1, 2022
Read More
Scroll for more
Tap
Streaming the Phenomenal Indecent On BroadwayHD
What To Watch August 18th To Take Away The Blues