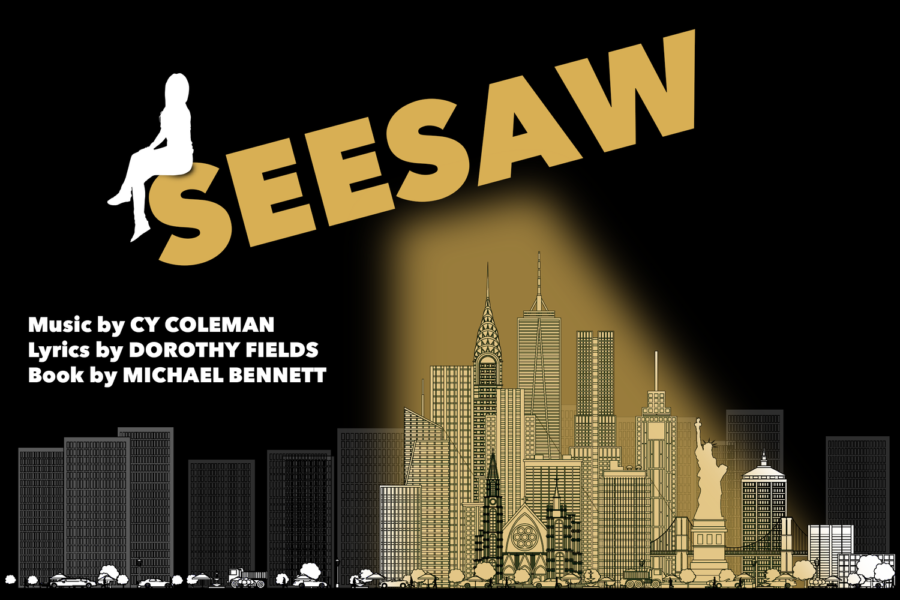 Lempicka, the sweeping new musical portrait celebrating the gripping true story of renowned artist Tamara de Lempicka, will have its West Coast premiere this spring at La Jolla Playhouse (Christopher Ashley, Artistic Director) prior to a Broadway run during the 2020-2021 season.

When it had its world premiere at Williamstown Theatre Festival in 2018, it became the must-see musical of the summer.

Tony Award winner Lillias White in a special new holiday concert “A Lillias White Christmas” for three performances this season. The shows will take place on Friday, December 13 at 7:00 PM; Saturday, December 14 at 7:00 PM; and Sunday, December 15 at 9:30 PM. With music direction by James Sampliner (Legally Blonde, Honeymoon in Vegas, Prince of Broadway), the evening will feature Ms. White exploring the canon of great holiday classics from stage, screen, radio, and beyond. She opened the room on Valentine’s Day in 2017 and has returned for the club’s birthday each year since then.

Lillias White is a native of Brooklyn, New York. She has won accolades for her show-stopping performances on the Broadway stage, on television and in films. Lillias won the Drama Desk, Outer Critics Circle, Friends of New York and Tony Awards for her role as Sonja in Cy Coleman’s The Life. She garnered a Tony nomination for her portrayal of Funmilayo Anikulapo Kuti in Bill T. Jones’ Fela! Her other Broadway credits include Once on This Island (Asaka), Barnum (Joice Heth), Cats (Grizabella), Chicago (Mama Morton), How to Succeed in Business… (Jonesy), and the 1987 revival of Dreamgirls (Effie). She received the AUDELCO Award for the world premiere of Regina Taylor’s Crowns.

She has appeared in concert halls and night clubs worldwide, including the Sydney Opera House, Singapore Opera House, The Kennedy Center, Bay Area Cabaret, the Boston Pops, Jazz at Lincoln Center, and Carnegie Hall. Lillias won an Emmy Award for her part on “Sesame Street” (Lillian Edwards). On film, Lillias can be seen in Pieces of April (directed by Peter Hedges, Game Six (with Michael Keaton), Nasty Baby, Then She Found Me, How the Grinch Stole Christmas, and she can currently be seen on Baz Luhrmann’s “The Get Down” on Netflix. She is also credited for her vocal performance as the lead muse in Disney’s animated movie Hercules.

J2 Spotlight Musical Theater Company presents professional revivals of worthy Broadway musicals; in doing so it provides an opportunity for patrons to re-visit these shows and, in some cases, experience them for the first time. The Company chooses shows that it deems deserving of continued exposure. The company, as part of its casting, will introduce audiences to emerging artists within the New York theatrical community; they will work alongside established actors. The productions will include frequent lagniappes✫ designed to enhance audience appreciation of the classic works. ✫Lagniappes: from the Louisiana French, meaning a bonus or a gift. These will include cast talk-backs, visits with the producers, and even interviews with the cast and personnel of the original productions.

The inaugural production will be the 1972 musical Seesaw (February 13- February 23, 2020), with book by Michael Bennett, music by Cy Coleman and lyrics by Dorothy Fields, based on the playTwo for the Seesaw by William Gibson. From the composing team of Sweet Charity, Seesaw tells the story of Jerry Ryan, a reserved lawyer from Omaha, who has fled to New York City looking for a change in his life. There he meets Gittel Mosca, a single, loveable lunatic who lives life to the fullest. Will their love affair be able to survive the big, noisy, dirty island known as Manhattan? Songs include: “It’s Not Where You Start,” It’s Where You Finish,” “Welcome to Holiday Inn,” and “Nobody Does It Like Me.” Seesaw is presented by special arrangement with Samuel French, Inc., a Concord Theatricals Company. Performances begin Thursday, February 12, 2020 for a limited run through February 23, 2020.

Followed by the 1962 hit musical No Strings, with book by Samuel Taylor and words and music by Richard Rodgers. The only musical for which he wrote both music and lyrics, explores the allure of Paris and its seductive embrace. A successful high-fashion model from Harlem meets and falls in love with an American writer who has made Paris his home. Convinced that their love only needs one another to survive, they embark on a romantic adventure through Europe, clinging to the City of Lights as the harsh reality of America threatens their union. Songs include: “The Sweetest Sounds,” “No Strings,” and “Nobody Told Me.” No Strings is presented through special arrangement with R & H Theatricals: www.rnh.com. Performances begin Thursday, February 27, 2020 for a limited run through March 8, 2020.

Closing out the inaugural season is the 2001 musical A Class Act with book by Linda Kline and Lonny Price, music and lyrics by Edward Kleban. Ed Kleban, the Tony Award winning lyricist of A Chorus Line and one of the unsung champions of Broadway, returns to his own memorial service to set the record straight in A Class Act, this vibrant musical about musicals. A colorful gallery of friends and loved ones in Ed’s life including the relentlessly peppy Marvin Hamlisch and stage wizard Michael Bennett all appear to celebrate Ed’s life, loves, and legacy. Songs include: “Better,” “Paris Through the Window,” and “The Next Best Thing to Love.” A Class Act is presented through special arrangement with R & H Theatricals: www.rnh.com. Performances begin Thursday, March 12, 2020 for a limited run through March 22, 2020.

The J2 Spotlight Musical Theater Company series will play the following performance schedule:Thursdays through Saturdays at 7:30p.m. and Sundays at 3:00 p.m.

Ghostlight Records and The Civilians have announced that the first three premiere albums of The Michael Friedman Collection, will be available for streaming and download today, Friday, October 18. The Great Immensity, The Abominables, andThis Beautiful City are all written (or co-written) and directed by Steve Cosson and feature music and lyrics by Michael Friedman.This extraordinary long-term project will eventually comprise the premiere recordings of nine musicals from the beloved late Obie Award-winning songwriter Michael Friedman. For more information, and to stream or download the albums, please visit www.TheMichaelFriedmanCollection.com

In a combined triumph for the Classic Popular Songbook, its purveyors and adherents, and the professionalism and perseverance of The Mabel Mercer Foundation, the unique organization presents its 30th Annual New York Cabaret Convention at The Rose Theater, Jazz at Lincoln Center, beginning Monday, October 28th and running through Thursday, October 31st. The four individual concerts will be offered at 6:00 PM each evening, and more than seventy-five vocalists and musicians are scheduled to perform. Tickets are now on sale at the Jazz at Lincoln Center box office and www.jazz.org.

Three of the October shows will honor individuals whose remarkable gifts categorize them as major components of the Classic Popular Songbook legacy. Judy! A Garland of Song includes music and lyrics unforgettably offered on film, stage, and recordings by the legendary Judy Garland. The show will be emceed by CabCon favorite Klea Blackhurst and award-winning Garland documentarian John Fricke. Deborah Grace Winer returns to herald the output of exceptional female songwriters, specifically Dorothy Fields but also including (among others) Betty Comden, Carolyn Leigh, and Peggy Lee in the program The Sunny Side of the Street. Jeff Harnar and Andrea Marcovicci – arguably the Foundation’s most resoundingly popular cohosts – salute the Broadway, Hollywood, and Hit Parade contributions created by Frank Loesser, with an evening entitled Heart and Soul. Finally, KT Sullivan takes stage to present a thrilling and affectionate look-back with Thanks for the Memory: Celebrating 30 Years of Cabaret Conventions as well as forward with fresh new discoveries. Finally, and in addition to “surprise” presentations of the annual Julie Wilson and Donald F. Smith Awards, the Foundation specifically honors Sandy Stewart with this year’s Mabel Mercer Award.