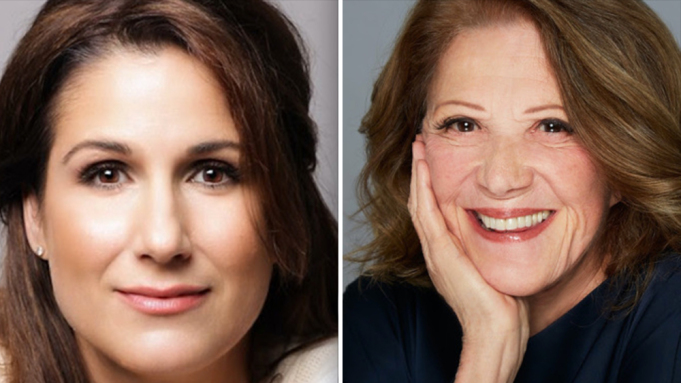 Tony Award winners Linda Lavin and Stephanie J. Block will star in the world premiere production of Sarah Silverman’s Off Broadway musical The Bedwetter. Sami Bray, who appeared on Broadway in the 2017 production of 1984, and Zoe Glick (of Broadway’s Frozen) will share the role of Sarah, the 10-year-old title character inspired by Silverman.

Based on Silverman’s bestselling memoir, The Bedwetter begins performances on Saturday April 25 for a limited engagement at the Linda Gross Theater, with opening night set for Wednesday May 20. The musical will run through Sunday June 14.

For anyone interested in a career on Broadway, the Broadway League has launched its latest industry website: www.Careers.Broadway, a complete resource to check out what to do, where to look, and how to build a career on Broadway. The site is designed to also aid those considering career changes and for teachers and mentors to guide young people interested in theater, suggesting points of entry nationwide.

The Shed presents the world premiere of Help, a new theatrical work by acclaimed author and poet Claudia Rankine (Citizen: An American Lyric) and directed by Obie Award-winner Taibi Magar (Is God Is, Soho Rep) on March 10 through April 5, 2020 at The Shed’s Griffin Theater.

Help stars Roslyn Ruff (Theater: Fairview; Film: Marriage Story; TV:Divorce, Pose) as the Narrator, embodying Rankine’s own experience, who reckons with white men she encounters in transitional, liminal spaces like airports and airplanes, asking them exactly what they think of their privilege. Tracking how these conversations go right or wrong, or lead to further discussions, Help centers whiteness in order to engage it.The newly commissioned script for Help derives from Rankine’s own deep inquiry and ongoing investigation into white male privilege, elements of which were shared in her recent, widely read New York Times Magazine essay, “I Wanted to Know What White Men Thought About Their Privilege. So I Asked.”

Rankine’s past work, for which she has been awarded MacArthur and Guggenheim fellowships among other awards, crosses lyric poetry and prose essay to navigate questions of race, healthcare, loneliness, and what it means for a life to matter in American society today.

The Kwanzaa Film Festival presents a special Martin Luther King Jr. Day program, themed “A Kwanzaa Response to a Hanukkah Tragedy” with a program that focuses on African American-Jewish Relations. The feature presentation is this year’s “Best Film” winnerSoul Doctor – the Broadway movie-musical about the life of the ‘rock star’ rabbi Shlomo Carlbach and his history shaping relationship with music icon Nina Simone. The film will be shown on Monday, January 20th at 4pm at AMC Magic Johnson Harlem (2309 Frederick Douglas Blvd.) as part of their Gala Awards evening.

Soul Doctor tells the story of the beloved yet controversial father of popular Jewish music, Rabbi Shlomo Carlebach. A modern-day troubadour, Shlomo ignited the spirit of millions around the world with his soul-stirring melodies, transformative storytelling and boundless love. After his childhood escape from Nazi Germany, the young Rabbi formed an unlikely friendship with legendary jazz singer Nina Simone, who introduced him to soul and gospel music, and a Jewish music and cultural revival was born. Fusing his roots with his new inspiration, Shlomo created a revolutionary musical sound, writing songs that continue to be the main body of Jewish musical standards. The “Jewish Gospel/Soul” experience he introduced to the synagogue worship became the most popular synagogue services across all denominations of Jewish practice.

Soul Doctor show was originally workshopped at National Yiddish Theatre Folksbiene and subsequent New York productions included an off Broadway debut at The Museum of Jewish Heritage; showcase productions at Jazz at Lincoln Center and The Roundabout Theatre Company (which featured India Arie as Nina Simone), two sold out seasons at Le Petit Theatre du Vieux Carre, in New Orleans in 2009 and 2010, and subsequent runs at The Colony Theater in Miami in 2011, The Parker Playhouse in Ft Lauderdale in 2012, The New York Theatre Workshop in 2012, and Broadway in 2013 at Circle in the Square Theatre. The show then played Montreal in Yiddish in 2014, an off Broadway run in 2015, and a production at The San Diego Repertory Theatre in 2018. Soul Doctor was also the feature presentation at the “Israel at 70” Festival in Jerusalem, where the production was filmed.