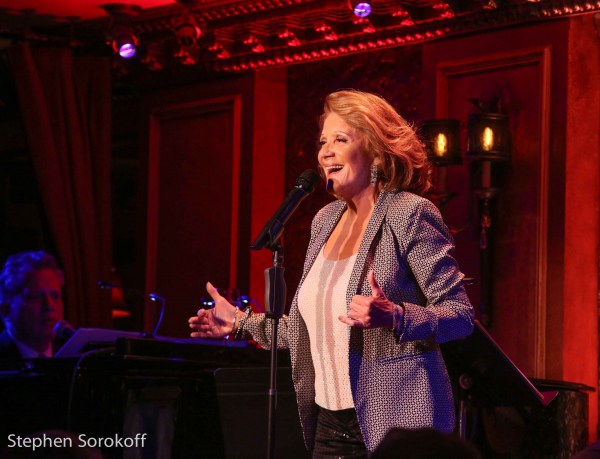 I am late on this news, but better late than never. The world premiere of You Will Get Sick, a new play by Noah Diaz directed by Tony Award nominee Sam Pinkleton.

You Will Get Sick begins preview performances on Friday, October 14, 2022 and opens officially on Sunday, November 6, 2022 at the Laura Pels Theatre in the Harold and Miriam Steinberg Center for Theatre (111 West 46th Street). This is a limited engagement through Sunday, December 11, 2022.

Tony, Drama Desk, Outer Critics’ and Helen Hayes Award winner Linda Lavin (Broadway Bound) returns to the stage having previously also starred on Broadway in The Lyons, The Tale of the Allergist’s Wife, The Last of the Red Hot Lover, The Diary of Anne Frank among many other Broadway and off-Broadway productions. Marinda Anderson was recently seen on TV in “New Amsterdam,” “High Maintenance” and “Gotham.” Daniel K. Isaac is known for his role as ‘Ben Kim’ in Showtime’s “Billions” and is also the playwright of Once Upon a (Korean) Time which will make its world premiere this fall off-Broadway at La Mama’s Ellen Stewart Theatre. Nate Miller’s recent stage credit was in the 2017 production of Junk at Lincoln Center Theater and Dario Ladani Sanchez was last seen last season in Selling Kabul at Playwrights Horizons.

Pinkleton makes his Roundabout directing debut on this new play.  Some of his recent work as director includes a party adaptation of Head Over Heels with Jenny Koons at Pasadena Playhouse and the Liz Swados’ youth-powered civic spectacular Runaways at City Center Encores and Shakespeare In The Park. He is a Tony nominated choreographer, movement director and creative director having worked on a number of productions on and off-Broadway. In You Will Get Sick, he reunites with Linda Lavin, with whom he last worked, having served as the assistant director for The Lyons.

Diaz wrote You Will Get Sick in 2018 while in graduate school at Yale School of Drama. In the play, a young man is shocked to receive a life-changing diagnosis. Overwhelmed, he turns to a stranger for help, hiring an older woman to break the news to his family and friends – thus setting into motion a series of events that will profoundly reshape both of their lives. This humane and piercing new play is a testament to the great challenges – and extraordinary joys – that come from having a body.

Rockefeller Productions, a leader in quality family entertainment, and Sesame Workshop, the nonprofit educational organization behind the iconic Sesame Street, announce that the world premiere of the new Sesame Street the Musical will feature new songs written by three of Broadway and the music industry’s brightest composers, Tom Kitt (Next to Normal, Almost Famous), Helen Park (KPOP), and Nate Edmondson (Disney’s Winnie the Pooh: The New Musical Stage Adaptation). A new teaser trailer for the show has also been released today featuring characters seen in the production. Sesame Street the Musical will take to the stage in New York starting on Thursday, September 8, 2022, through Thursday, November 27, 2022, with an opening night set for Monday, September 19. Performances will take place at Theatre Row (410 West 42nd Street). For all ticketing and further information please go to www.sesamestreetmusical.com.

“Sesame Street’s” very own Elmo, Cookie Monster, Abby Cadabby, Grover, Rosita, Bert, Ernie, Oscar the Grouch, Gabrielle, and a host of Honkers, Martians, and other favorites will appear onstage in their very own musical. Filled with live puppetry, iconic songs fans know and love, new compositions by Kitt, Park, and Edmondson, and special celebrity guest stars, this production is designed for both the young and the young-at-heart, including things for fans of all ages. The show is written, directed, and produced by Jonathan Rockefeller. 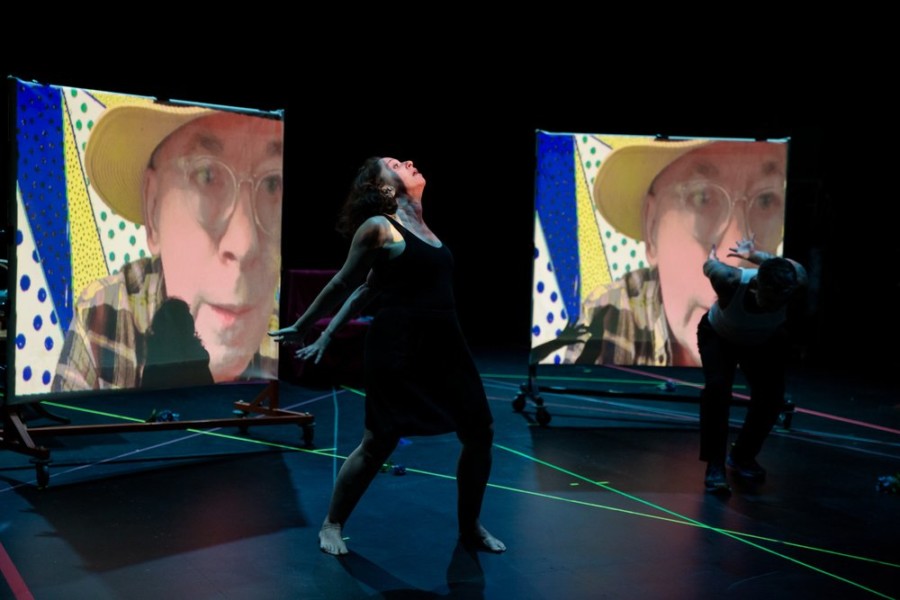 The Tank presents Immense Joy, a new work devised and directed by downtown luminary Anna Kohler in collaboration with performers Natalia de Campos, Justin Gordon, John Hagan, Fabio Tavares, and associate director Caleb Hammond. The piece was inspired by the writings of the Brazilian author Clarise Lispector. In Kohler’s interpretation, the literary material intertwines with personal remembrances and manifestos, the physical reality encounters its own recorded image, and the titular “immense joy” clashes with deep sadness and irony as the performers guide the audiences through a series of multimedia vignettes as poetic and chaotic as life itself. The performances run from September 8 thru 18, 2022 at The Tank (312 W 36th Street, 1st Floor, New York NY 10018). Tickets (starting at $15, with pay-what-you-can ticket tiers) can be purchased at https://thetanknyc.org/calendar-1/2022/7/26/immense-joy. 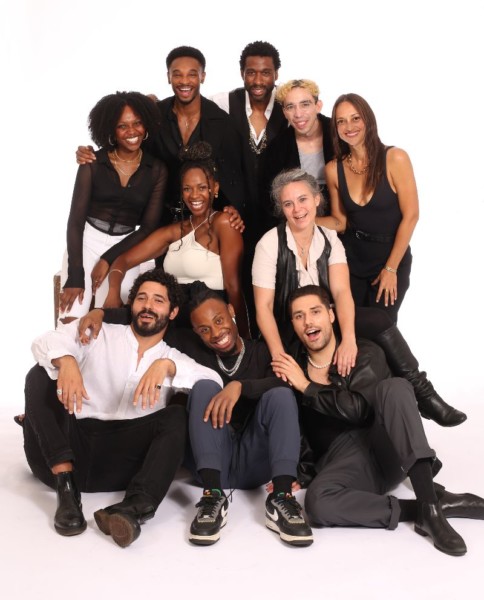 The Acting Company’s Artistic Director Kent Gash and Managing Director Erik Schroeder are pleased to announce casting for the national tours of The Three Musketeers and Romeo and Juliet launching in New York City and playing over 27 engagements in 16 states.The Three MusketeersWorld Premiere AdaptationWritten by Kirsten ChildsFrom the Novel by Alexandre DumasDirected by Kent GashThis world premiere adaptation commissioned by The Acting Company will draw inspiration from an astonishing secret—that Dumas’ father, General Alex Dumas, was the highest-ranking person of Color in a Western military until our own time. The Three Musketeers will tour nationally in 2022, this adaptation will shed new light on this swashbuckling adventure and give a favorite story new importance. An inspiring tale filled with laughter and adventure, The Three Musketeers is a reminder to all that courage, honesty, and valour can change the world.Gash says of the production, “What excites me about The Three Musketeers is that it is a raucous, dynamic, visceral, exciting production boys sort of growing up into being men and how we need to ultimately take responsibility for each other. It’s so much about brotherhood and honor and care and then it is just a great adventure story. And I’m really excited that we are adding the perspective of Dumas, the author, who was of Haitian descent. I think people don’t always know that The Three Musketeers springs from a Black imagination. And so I’m really excited to bring that additional layer of dynamic and cultural integrity into the story. Romeo and JulietWritten by William ShakespeareDirected by Leah C. GardinerWilliam Shakespeare’s iconic and timeless Romeo and Juliet is one of the greatest love stories in literature. The gripping drama spun out of the ancient grudge between two families makes Romeo and Juliet as relevant to modern society as it was to audiences four centuries ago. The star-crossed lovers follow their passion to the ultimate tragic end. In Romeo and Juliet, Shakespeare offers some of the most glorious poetry ever written, spoken by complex and memorable characters, establishing the standard for all love stories written since. With gorgeous costumes and music, enchanting parties, moonlit nights, dank graveyards, and blood-strewn streets, The Acting Company’s fresh production breathes new life into this enduring tale.TOUR SCHEDULE 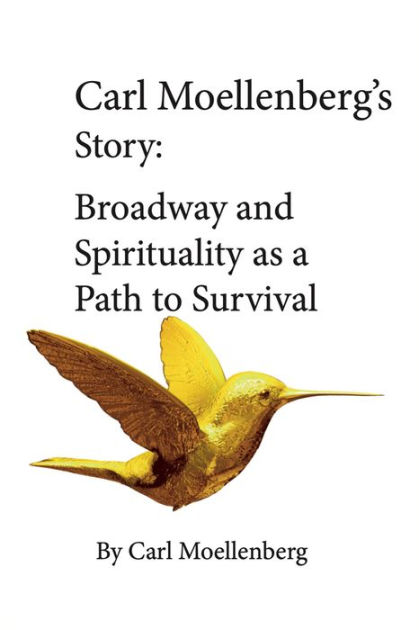 Tony Award-winning producer Carl Moellenberg‘s memoir, Broadway and Spirituality as a Path to Survival, will be released on Saturday, October 1, 2022, by Imagine and Wonder. It is now available for pre-order on Amazon, Barnes & Nobles and others.

Moellenberg’s story is one of overcoming enormous obstacles and changing course to find his passion and true self to live joyously as a long-term survivor. It is a journey of many transformations: from Midwestern boy most interested in music to a fast-paced Wall Street career; from investment banking to becoming a 13-time Tony Award-winner on Broadway; from overcoming several death-defying crises by finding healing, inspiration from a higher-being and deeper spirituality. Moellenberg hopes his story will inspire others who face seemingly overwhelming obstacles to find their passion, reason to live, and to find love.

Moellenberg grew up in Ohio and then transitioned to the world of NYC financial institutions for 19 years. A combination of passion for music and serious health issues and spiritual inspiration caused him to jettison that life for producing theater on Broadway. Since that most joyful life-changing decision, he now has produced over 70 shows worldwide and won 13 Tony awards. His incredible path was accomplished despite multiple threats to his survival which were warded off by his passion for Broadway, newfound healing practices, spirituality, and love. 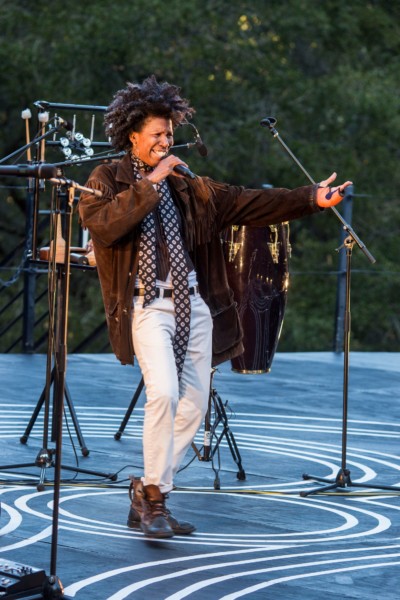 WP Theater (Producing Artistic Director Lisa McNulty, Managing Director Michael Sag), are thrilled to announce that Weightless will play a limited engagement from September 17 – October 16, 2022 at WP Theater (2162 Broadway), with support from piece by piece productions. The off-Broadway stage premiere of this soaring and dynamic indie rock musical follows the smash success of Weightless on screen, which was reconceived for film and live-streamed by WP in a limited run in 2021. Featuring the propulsive and intimate musical storytelling of Bay Area indie rock band The Kilbanes – headlined by married songwriting and performing duo Kate Kilbane and Dan Moses – the production will be directed by Tamilla Woodward (Assoc., Hadestown; WP’s Where We Stand), and choreographed by nicHi Douglas (Assoc., Girl From The North Country).  Opening Night will take place on September 29, 2022.

Sisterhood. Love. Vengeance. Flight. Inspired by a tale from Ovid’s Metamorphoses, Weightlesstells the story of two deeply devoted sisters, Procne and Philomela. Separated by circumstance, they must travel across worlds—facing devastating sacrifice and divine intervention—in order to reunite. The Kilbanes’ Weightless is a theatrical concept album driven by a deeply moving narrative, which weaves ancient myth with indie rock; the band and the cast are one and the same, blurring the line between actors and musicians, as well as between musical theater and rock concert.

Starring alongside Kilbane (Procne/Bass) and Moses (Keyboards/Chorus) in the Off-Broadway stage premiere of Weightless are Lila Blue (Philomela), Kofy Brown (Iris/Percussion), Dan Harris(Percussion), and Joshua Pollock (Tereus/Guitar), all of whom reprise their roles from the 2021 film version. Set Design is by Peiyi Wong (Broadbend, Arkansas), Costume Design is by Dina El-Aziz (The Vagrant Trilogy), Lighting Design is by Stacey Derosier (sandblasted, Fat Ham), Sound Design is by Joanna Lynn Staub (Hatef*ck; Assoc.: Angels in America), and Projection Design is by Johnny Moreno (For All The Women Who Thought They Were Mad, Paper Piece). The Production Stage Manager is Ralph Stan Lee.  Weightless is produced with support from piece by piece productions.

The world premiere of Weightless was developed and produced by Z Space (Lisa Steindler, Executive Artistic Director) and piece by piece productions in March 2018 at Z Space in San Francisco. In 2019, it played at A.C.T. in San Francisco, and BRIC House in Brooklyn as part of the Public Theater’s Under the Radar festival.  In these early iterations, the New York Times hailed the show for its “well-crafted form, and its spoken dialogue which melds beautifully with the propulsive score. Weightless is an accomplished work, and an entertaining one.” The San Francisco Chroniclewrote, “The Kilbanes could fly endlessly into space on a single, hypnotically executed chord…to watch this show is to be reanimated with a childlike sense that our choices have magical origins and magical ripple effects.” Following the piece’s extensive further development with director Tamilla Woodard, including at TheaterSquared as part of the Arkansas New Play Festival, WP Theater filmed the show at CalShakes, a spectacular outdoor amphitheater in the Bay Area, and streamed it online May-June of 2021. The Kilbanes’ subsequent release of the Weightless album, can be heard on Spotify and other streaming services.

Tickets are now available at www.WPtheater.org.  The ticket range is $39-89.