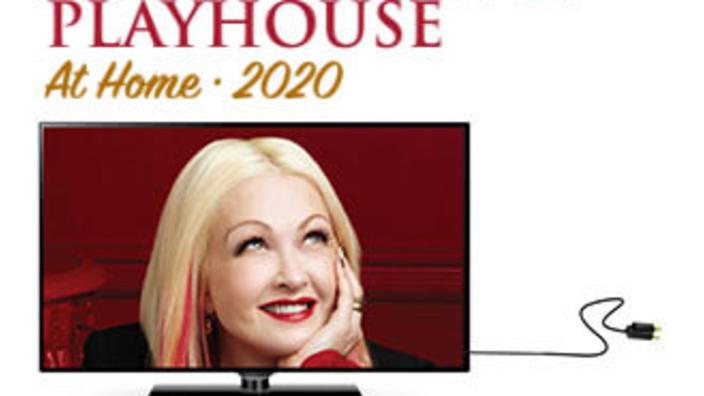 The Lucille Lortel Theatre has announced its initial guest lineup for the second season of their popular “Live at The Lortel” podcast. The upcoming season is filled with award winning actors that grace stages off and on Broadway, leading theater administrators, and thought-provoking playwrights and directors.

Hosted by Eric Ostrow along with co-hosts John-Andrew Morrison and Daphne Rubin-Vega, Season 2 of “Live at The Lortel” is dedicated to amplifying the voices and stories of people of color, members of the LGBTQ community, and artists who stand in solidarity with the continued fight against institutional racism and racial injustice. Theater makers will delve into their thoughts on the future of theater during this period of radical change. They will also discuss their craft, as well as their professional and personal projects that help to make theatre and the world more equitable.

In accordance with social distancing guidelines, the podcast is being recorded via ZOOM rather than at the Lucille Lortel Theatre. These webcasts will offer theater fans the opportunity to watch live interviews and participate in a Q&A with artists. For information on future guests and how to register for upcoming webcasts in October and beyond, please visitwww.liveatthelortel.com.

October 23  Telly Leung Actor, recording artist, producer, and theater arts teacher. Most recently seen as Aladdin in Disney’s Aladdin on Broadway, In Transit, and Allegiance. Television credits include Wes the Warbler on Glee, as well as guest star appearances on Instinct, Odd Mom Out, Deadbeat and Law and Order: Criminal Intent.

November 6 Pooya Mohseni Iranian American actor, writer, filmmaker, and Transgender activist. Star and writer of “Transit,” a short film about love between a trans woman and a cis man, coming out in 2021. Stage performances include She,He,Me for National Queer Theater, and the award winning show, One Woman.

November 13 Karen Olivo Television, film, and stage actor most recently playing “Satine” in Moulin Rouge, The Musical. Tony Award winning performance as “Anita” in Broadway revival of West Side Story. Off-Broadway credits include Murder Ballad at the Manhattan Theater Club, By the Way, Meet Vera Stark at 2nd Stage, and The Miracle Brothers at the Vineyard Theatre.

November 20  Betty Shamieh Arab-American playwright with several off-Broadway premieres including The Black Eyed directed by Tony Award winner Sam Gold, Roar the first play about the Arab-American experience to be produced off-Broadway and The Strangest. Currently developing a new screenplay, As Soon As Impossible for the Arab-American actor Jamie Farr, based on the play commissioned by Second Stage and Time Warner.  Current Mellon Foundation Playwright in Residence at the Classical Theatre of Harlem.

November 27  Andréa Burns  Drama Desk Award winner, having created the role of Daniela, the saucy hairdresser, in Lin-Manuel Miranda’s Tony Award-winning musical, In The Heights. Last seen on Broadway playing the role of Peppina in The Rose Tattoo by Tennessee Williams. Recently hailed by critics as “radiant” and “incandescent” for her portrayal of Judy Holliday in the Off-Broadway premiere of Smart Blonde by Willy Holtzman. Cast as Fausta in the upcoming Stephen Spielberg film adaptation of West Side  Story.

New this season, Keen After Hours connects audiences with luminaries of the theatre world, every Monday night at 6:30pm on Keen Company’s website and Facebook page. Team Keen and a special guest will discuss their careers, their artistic process, and take questions from the audience. On October 26th John-Andrew Morrison & Jasminn Johnson. Keen After Hours is free and open to all.

Be An #ArtsHero, in association with a groundbreaking coalition of Youth Arts Organizations around the country, has launched #ArtsAreMySuperpower, a nationwide letter writing effort to galvanize the more than 6 million youth directly impacted by the coalition’s work. The campaign seeks to educate and inspire youth to use their voices and compel our government to save their future in the arts and culture sector of our country.

Representing arts professionals, artists and educators employed by children’s theaters, museums, cultural spaces, music venues, arts schools and camps, the coalition includes Theatre for Young Audiences/USA (TYA/USA), The American Alliance for Theatre & Education (AATE), International Performing Arts for Youth (IPAY), Association of Teaching Artists (ATA), iTheatrics, and New Victory, making up over 20,000 organizations and individual arts workers nationwide. Together, they will supply families with free letter-writing and art-creating templates to express their love of the arts and demonstrate its significant contribution to our nation, offering young people a chance to participate in civic engagement, perhaps for the first time.

The #ArtsAreMySuperpower initiative, taking place throughout the month of October, advocates for Congress to support the DAWN Act (Defend Arts Workers Now), urging the U.S. Government to pass a comprehensive arts relief package in recognition of the Arts and Culture sector’s $877 billion value added contribution to the national economy (which is 4.5% of GDP), employing 5.1 million Arts Workers.

“Without massive, immediate Federal relief to the Arts & Culture sector, we will lose an entire generation who would have otherwise joined the labor force of the Creative economy, not to mention consumers of Arts and Culture,” said the founders of Be An #ArtsHero. “The fine and performing arts economies are estimated to lose 50% of all jobs, due to COVID-related unemployment. This is nothing short of an economic depression. We need proportionate relief from Congress in order to sustain and rebuild our sector and the communities in which we are economic drivers. Without it, our youths may be forced to divert their dreams, our social fabric will tear, and our economy will suffer catastrophic results locally and nationally.”

Research conducted by the New Victory Theater in New York City and research firm WolfBrown demonstrate the benefit of the arts towards young people’s social-emotional growth and their ability to imagine the future. In the only longitudinal study of its kind, New Victory joined with under-resourced school communities with no arts programming and found that children exposed to the arts are much more able to imagine the lives of others who are different from them and much more likely to continue seeing and participating in the arts as they grow, further indicating that investment in youth engagement with the arts will benefit the U.S. economy for years to come.

Set in a Staten Island apartment complex on the evening of July 4th, A Five Mile Radius revolves around Edie Pfeiffer, a popular local food critic from a working class background whose career is on the rise. Edie’s life is suddenly upended when a neighbor’s seven year old son is shot. With his life hanging in the balance, she insists that her assistant use twitter to post a controversial picture of the boy, asking for prayers that he survive and to find the culprit who fired the gun. This sets off a flurry of comments, both supportive and hostile, while it is simultaneously revealed that Edie’s deceased husband belonged to the NRA. All at once she is forced to come to terms with her past while preparing for the possibility of losing a coveted opportunity for her future. Using Staten Island as a prototype, A Five Mile Radius addresses the current divisive social and political landscape with issues of class, race, guns and social media.

Suzanna BowlingJuly 31, 2022
Read More
Scroll for more
Tap
What To Watch October 21st To Take Away The Blues
The Glorious Corner