In his small pub in the North of England in the mid-1960s, Harry is something of a local celebrity. But what’s the second-best hangman in England to do on the day they’ve abolished hanging? Amongst the cub reporters and pub regulars, people are dying to hear Harry’s reaction to the news when an intriguing stranger, Mooney, from London -with a very different wardrobe and motive – enters their world.

“Don’t worry. I may have my quirks but I’m not an animal. Or am I? One for the courts to discuss.” – Mooney

Tickets for Martin McDonagh’s Hangmen are now available at Telecharge.com, and range from $59 – $179 (including $2 facility fee). 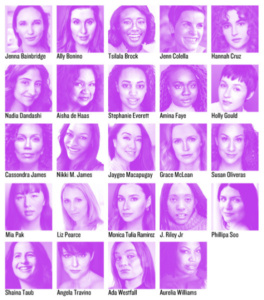 A musical event one hundred years in the making, SUFFS brings to life a complicated chapter in the ongoing battle for the right to vote: the American women’s suffrage movement. This epic new musical takes an unflinching look at these unsung trailblazers. In the seven years leading up to the passage of the Nineteenth Amendment in 1920, an impassioned group of suffragists — “Suffs” as they called themselves — took to the streets, pioneering protest tactics that transformed the country. They risked their lives as they clashed with the president, the public, and each other. A thrilling story of brilliant, flawed women working against and across generational, racial, and class divides, SUFFS boldly explores the victories and failures of a fight for equality that is still far from over.

With book, music, and lyrics by Shaina Taub; choreography by Raja Feather Kelly; and directed by Leigh Silverman, SUFFS will currently run from March 10 to April 24. 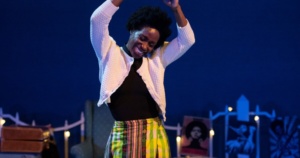 Abingdon Theatre Company is thrilled to announce casting for our upcoming Off-Broadway production of Queens Girl in the World! The one woman play, written by Caleen Sinette Jennings, will star Felicia Curry as protagonist, Jacqueline Marie Butler. Curry originated the role in the third installment of the trilogy, Queens Girl: Black in the Green Mountains, at the Everyman Theatre in Baltimore, MD.

Queens Girl in the World will open for a limited run at Theatre 5 in Theatre Row from April 9th to May 1st, 2022. 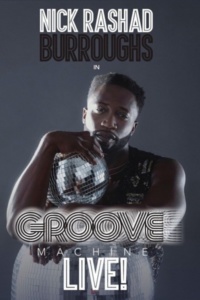