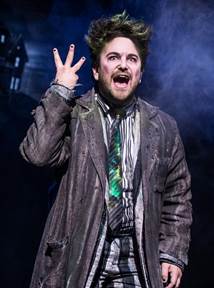 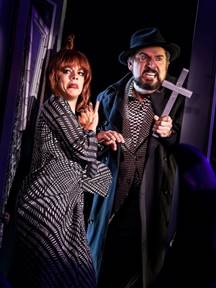 It’s showtime, folks! The ghost-with-the-most Alex Brightman makes his Broadway return in this edgy and irreverent musical comedy based on Tim Burton’s dearly beloved film.  Beetlejuice tells the story of Lydia Deetz, a strange and unusual teenager whose life changes when she meets a recently deceased couple and Beetlejuice, a demon with a thing for stripes. When Lydia calls on Beetlejuice to scare away anyone with a pulse, this double-crossing specter unleashes a (Nether)world of pandemonium, and the biggest sandworm Broadway has ever seen. 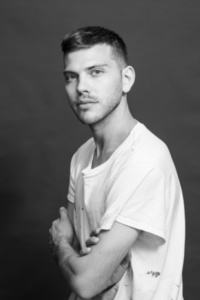 wild project’s 2022 Wild Culture initiative continues with Wonders of the Water, created, composed, and directed by Mur and choreographed by Hannah Cullen. Wonders of the Water begins performances on Thursday, March 10 for a limited engagement through Saturday, March 12. Performances are at wild project (195 E. 3rd Street, between Avenues A & B). Tickets are $35 and are available by calling the wild project box office at 212-228-1195 or by visiting thewildproject.org. Wonders of the Water is the second chapter in a four-part musical theater series by composer and director, Mur. Inspired by the 16th century elemental teachings of Paracelsus, Wonders of the Waterintroduces us to stories of Undines, Selkies, and other mythical water beings. Original visuals and costumes by Victor Jeffreys II and choreography by Hannah Cullen.   The cast features Tessa Albertson, Tucker Breeder, Malcolm Durning, Aisha Kerensa, Jade Litaker, and Mur. The artistic director is Victor Jeffreys II. 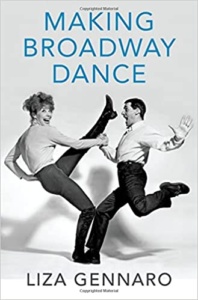 Broadway choreographer Liza Gennaro’s Making Broadway Dance landed the #1 position on two of Amazon’s key book charts – Dance Hot Releases and Music Hot Releases. Her through in-depth analysis of musical theatre choreography and choreographers, the book challenges long-held perceptions of Broadway dance as a kitsch and disposable dance form created without artistic process and demonstrates that the art form is not a monolith but is rather multifaceted in terms of dance styles, aesthetics and methodologies. Making Broadway Dance is available for purchase on Amazon or through Oxford University Press.
Making Broadway Dance examines the choreographic systems of some of Broadway’s most influential dance-makers, including George Balanchine, Agnes de Mille, Jerome Robbins, Katherine Dunham, Bob Fosse, Savion Glover, Sergio Trujillo, Steven Hoggett, and Camille A. Brown.
Available for purchase on Amazon or Oxford University Press. 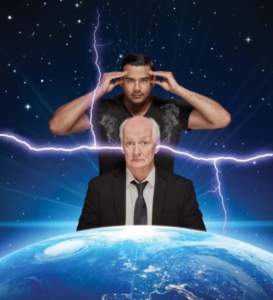 Colin Mochrie (Of Whose Line Is It, Anyway) Presents HYPROV: Improv Under Hypnosis at SuffolkTheater.com on Saturday, May 21 at 8PM.
From the brilliant minds of Improv and Comedy Legend Colin Mochrie and Master Hypnotist Asad Mecci comes a brand new, mind-blowing, jaw-dropping, side-splitting show. Hypnosis and Improv – two art forms that have mystified and entertained fans, skeptics and everyone in between for decades worldwide – come together as two masters of their crafts unite for a totally unique comedy experience.
Twenty random volunteers from the audience will be put under hypnosis by Master Hypnotist Asad Mecci (the process of which is a show in its own right); their inhibitions evaporated and their minds no longer their own. The contestants are methodically and hysterically whittled down until the five best are left on stage when one of the world’s leading improvisers enters. Co-Creator Colin Mochrie takes the stage to improvise with the top five while they are still under hypnosis, turning the show into an improv extravaganza.
In the hands of two masters, and solely crafted from the audience’s uninhibited subconscious, this will be an entirely original and completely unforgettable theatrical experience, for who knows where the unconscious mind will go. 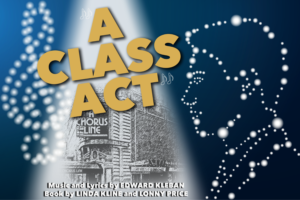 A Class Act plays through February 20. Tickets are now on sale, including a special “Buy One Get One” deal for tickets purchased at regular price ($55) using code J2BOGO at j2spotlightnyc.com

In A Class Act, Ed Kleban, the Tony Award-winning lyricist of A Chorus Line and one of the unsung champions of Broadway, returns to his own memorial service to set the record straight in this vibrant musical about musicals. A colorful gallery of friends and loved ones in Ed’s life including the relentlessly peppy Marvin Hamlisch and stage wizard Michael Bennett all appear to celebrate Ed’s life, loves, and legacy. Songs include: “Better,” “Paris Through The Window,” and “The Next Best Thing To Love.”