Off Broadway News: The Pipeline Festival, Meet and Greet Penelope or How the Odyssey Was Really Written, Red Bull Theater, Vineyard Theatre  and The RattleStick Theatre Gala

Off Broadway News: The Pipeline Festival, Meet and Greet Penelope or How the Odyssey Was Really Written, Red Bull Theater, Vineyard Theatre  and The RattleStick Theatre Gala

WP Theater, under the leadership of Producing Artistic Director Lisa McNulty and Managing Director Michael Sag, announce the 2022 lineup for The Pipeline Festival, the fourth biennial showcase of the artists in its celebrated WP Lab residency for playwrights, directors, and producers. Returning live and in-person from March 24 – May 14, 2022 at WP Theater (2162 Broadway, at 76th Street), with one production to be streamed, the festival is the culmination of the renowned two-year WP Lab residency, providing a unique opportunity for audiences to see five new works in various stages of development, ranging from staged readings, to streamed films, to full-length workshop productions – presented over a span of several weeks.

The Festival, true to its name, serves as a pipeline to funnel the work of talented Women+ artists to the forefront of American theater.  Each play is created and produced by collaborative writer/director/producer teams from the WP Lab residency program.

Tickets for The Pipeline Festival are now on sale via WWW.WPTHEATER.ORG/ 888.811.4111. Festival passes are available for $60. The performance schedule is as follows: Thursday at 7:00pm, Friday at 3:00pm & 8:00pm, and Saturday at 8:00pm. Streaming details for plural (love) will be announced shortly. 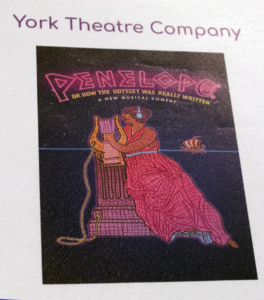 Script Cover for Penelope, Or How The Odyssey Was Really Written Photo Credit: Courtesy of York Theatre Company.

The York Theatre Company is in rehearsals for the world premiere of Penelope, or How the Odyssey Was Really Written, a new musical comedy with book & lyrics by Peter Kellogg (York’s Desperate Measures), and music by Stephen Weiner (The Rivals), directed and choreographed by Emily Maltby (York’s Lolita, My Love), with music direction and orchestrations by David Hancock Turner (York’s Cheek to Cheek, Desperate Measures) and vocal arrangements by David Hancock Turner, Steve Delehanty, and Stephen Weiner. 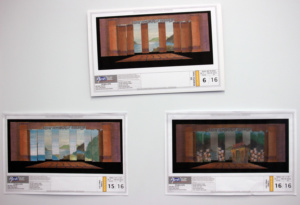 Set renderings designed by James Morgan for Penelope, Or How The Odyssey Was Really Written. Photo Credit: Courtesy of York Theatre Company. 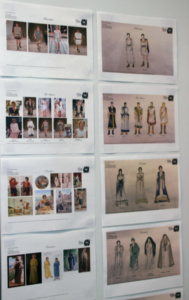 Costume renderings designed by Lex Liang for Penelope, Or How The Odyssey Was Really Written. Photo Credit: Courtesy of York Theatre Company.

Penelope is married to Odysseus, the King of Ithaca, a Greek island in the Ionian Sea. She is currently waiting for him to return from the Trojan War. She’s been waiting a long time: twenty years; ten years since the war ended. A bevy of suitors have gathered, each wanting to marry her and take over the kingdom. To stall them, Penelope writes letters to herself and pretends they’re from Odysseus saying he’s on his way. Little does she know that her letters gathered together are creating the story of The Odyssey. (Since no one knows who really wrote The Odyssey, this theory is as good as any other.) Meanwhile the suitors, having little else to do but eat and drink, form an a cappella group-the acoustics in The Great Hall are terrific. 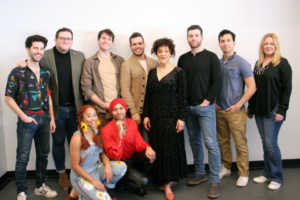 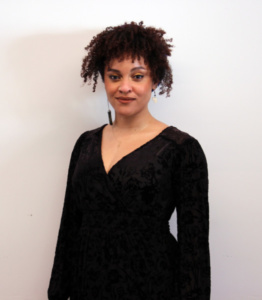 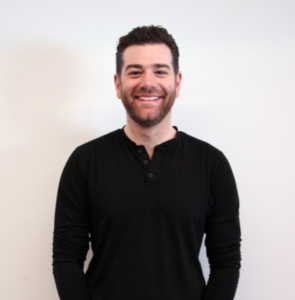 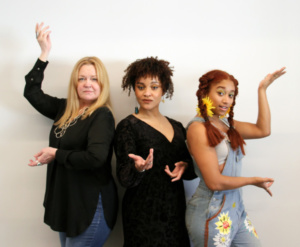 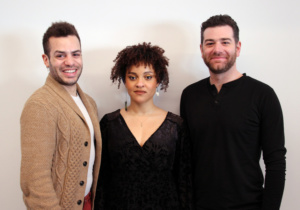 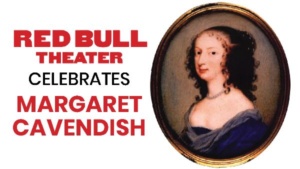 First published in 1668, The Convent of Pleasure, was written as a closet drama–a play intended to be read rather than performed. In its 354 year history, there have been very few public presentations and Red Bull is delighted to provide this opportunity to hear Margaret Cavendish’s play read aloud with the support of R/18 Collective.

Prior to the reading there will be a companion program on Monday, March 7th at 7:30 PM EST: “The Closet Or The Stage? A Conversation about Margaret Cavendish’s The Convent of Pleasure,” a livestreamed Zoom Webinar. Four experts on early modern British literature, theater and culture – Misty G. Anderson, Liza Blake, Julie Crawford, and Kristina Straub – discuss Margaret Cavendish, the 17th-century polymath and aristocrat who wrote, among many other things, the closet drama, The Convent of Pleasure. For more information, go to RedBullTheater.com. Or click to register online.

And, following the Livestream reading, there will be a free online Bull Session on Thursday, March 17th at  7:30 PM EST: an interactive discussion of the play and its themes with director Kim Weild, noted scholars, and members of the company. The livestream will be on Youtube with chat.

Vineyard Theatre announced  Lessons in Survival: 1971 will now receive a full production on the Vineyard stage May 25 – June 30.  In 1971, 28-year-old poet Nikki Giovanni interviewed renowned novelist James Baldwin, 47, on America’s first “Black Tonight Show,” SOUL!  Fifty years later, Lessons in Survival: 1971 reintroduces their candid, provocative dialogue on race and liberation in America to our present moment. Building on the digital exploration of Lessons in Survival, which was recognized by the New York Times as Best in Theater 2020, this revelatory live staging explores the layers of intimacy and ideas between two Black revolutionary artists of different generations, with astonishing resonance for today. The previously announced world premiere of Sandra from Obie Award-winning playwright David Cale and Obie Award-winning director Leigh Silverman will now open Vineyard’s 2022-23 season in the fall.  This one-woman thriller reunites the Harry Clarke (2018 Lucille Lortel Award for Outstanding Solo Show) playwright and director and features an original piano score by Matthew Dean Marsh. In this new one-woman thriller, Sandra seeks to get to the bottom of the mysterious disappearance of her closest friend, a young pianist and composer, who went on a trip to Mexico and never returned. Her search for clues leads her into both a highly charged love affair, and increasingly dangerous territory.  Currently playing through March 13 at The Vineyard’s home in Union Square is the world premiere of Charly Evon Simpson’s sandblasted, directed by Summer L. Williams, who is making her New York directorial debut. sandblasted is a co-production with WP Theater, the first in a two-show collaboration between the companies.  sandblasted stars Marinda Anderson (Miss You Like Hell), Brittany Bellizeare (The Bluest Eye), Andy Lucien (“The Blacklist”), and Rolonda Watts (“Rolonda”). 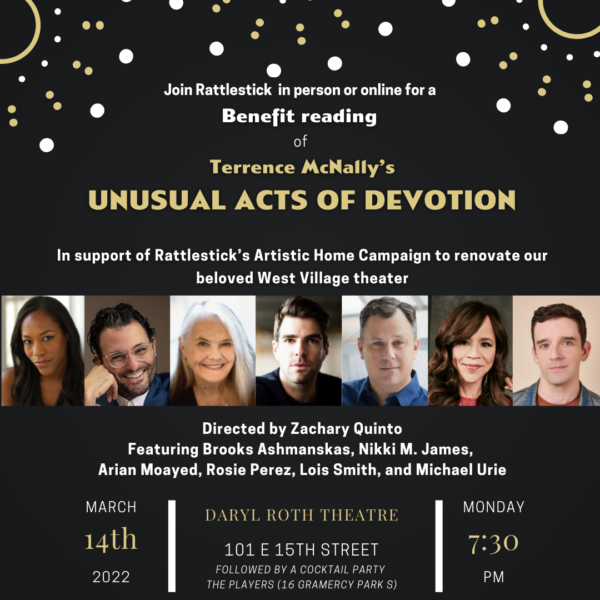 Suzanna BowlingJanuary 18, 2023
Read More
Scroll for more
Tap
A Day in Hollywood, A Night in the Ukraine Split Personalities
JANE ANGER A Timely Revenge Comedy About Plagues and The Rights of Women