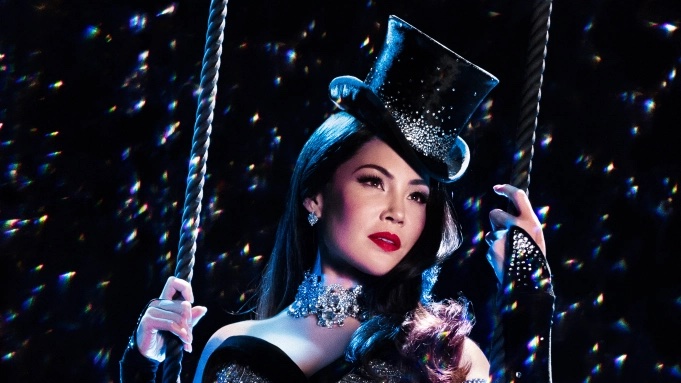 Natalie Mendoza, who was cast as “China Doll,” one of the club’s featured can-can dancers, in Baz Luhrmann’s film, will be joining the Broadway company of Moulin Rouge! The Musical in the role of Satine. Ms. Mendoza has also worked with director Alex Timbers, who directed her in the role of Imelda Marcos in Here Lies Love at London’s Royal National Theatre. The Tony-nominated hit musical resumes performances on Friday, September 24, 2021, at the Al Hirschfeld Theatre.

Stranger Sings! The Parody Musical returns from the Upside Down with its off-Broadway premiere beginning this Thursday, August 5th at The Players Theatre (115 MacDougal St.), ahead of an official Opening Night set for Wednesday, August 11th, with the strictly limited engagement set to run through Sunday, September 5th.

A limited number of $11 rush tickets will be available to each performance. Participants may enter the lottery in person at The Players Theater 90 minutes prior to curtain time to enter their name for the chance to see that day’s performance. 60 minutes prior to the show names will be chosen at random. Limit one entry per person and up to two tickets per winner. Tickets are subject to availability.

Cirque du Soleil will return to the Hulu Theater at Madison Square Garden with ‘Twas the Night Before… This holiday Cirque du Soleil’s first-ever Christmas show, which debuted in 2019 returns for 28 performances from December 9-27. Tickets go on sale Wednesday, August 4.

The new funding, provided by the mayor, the City Council and the Bronx borough president, is in addition to $7 million from the Department of Cultural Affairs already devoted to the theater company in the last eight years — bringing the total to $10.2 million. The funds will be used to build a new cultural and administrative headquarters in the South Bronx.