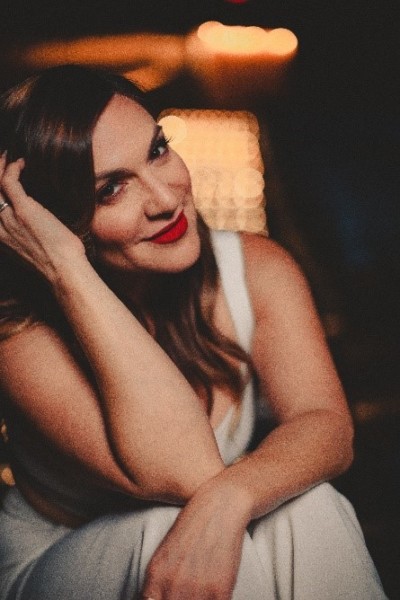 Mr. Saturday Night is moving its first preview to March 29, 2022 and will officially open on April 27, 2022 at the Nederlander Theatre (208 West 41st Street). Tickets are on sale now at Ticketmaster.com.  All ticket holders for performances March 1 – 28 will be contacted by their point of purchase about rescheduling or refunding their tickets.

Shoshana Bean’s three independent solo albums have all topped the iTunes R&B and Blues charts in the US and UK, with her fourth and most recent project, SPECTRUM, debuting at #1 on the Billboard Jazz charts. She has sold out solo concerts around the globe, lent her voice to countless ﬁlms and television shows, amassed millions of views on YouTube, and performed alongside Ariana Grande, David Foster, Postmodern Jukebox, Brian McKnight, and Michael Jackson. Shoshana is a veteran of the Broadway stage having made her debut in the original cast of Hairspray, starring as the very ﬁrst replacement for Elphaba in Wicked and most recently as Jenna in Waitress. She won a IRNE Award for her performance as Fanny Brice in Funny Girl and earned a Jeff Award nomination for her portrayal of CeeCee Bloom in the pre-Broadway musical production of Beaches.

Mr. Saturday Night is the story of Buddy Young Jr., an outrageous and outspoken comedian who found fame, if not fortune, in the early days of television.  Now, some 40 years after his TV career flamed out, Buddy seeks one more shot at the spotlight, and while he’s at it, one last shot at fixing the family he fractured along the way.

Mr. Crystal returns to the role of Buddy Young Jr. that he portrayed in the original 1992 Columbia Pictures film of the same name, which also marked his directorial debut. The book for the stage musical is written by Billy Crystal, Lowell Ganz and Babaloo Mandel. The score for Mr. Saturday Night features music by three-time Tony Award winner Jason Robert Brown (Parade, The Bridges of Madison County) and lyrics by Tony Award nominee Amanda Green (Hands on a Hardbody). Tony Award winner John Rando (Urinetown, On The Town) will direct. The production will feature choreography by Ellenore Scott (upcoming revival of Funny Girl). Orchestrations and arrangements are also by Jason Robert Brown.

This is Billy Crystal’s return to Broadway following the hugely successful, critically acclaimed and Tony Award winning production of 700 Sundays that premiered in 2004 and had a return Broadway engagement in 2013.

Based on the Castle Rock Entertainment motion picture, Mr. Saturday Night is written by Billy Crystal, Lowell Ganz and Babaloo Mandel and based on a concept by Billy Crystal. By special arrangement with Warner Bros. Theatre Ventures.

Producer Barry Diller announced today that To Kill a Mockingbird, the most successful American play in Broadway history, will conclude the current leg of its history-making, record-shattering run at Broadway’s Shubert Theatre on Sunday and will reopen one block east at the Belasco Theatre on Wednesday, June 1, giving To Kill a Mockingbird an unrestricted run in its new home. Academy Award nominee and Emmy Award winner Greg Kinnear will resume his performances as ‘Atticus Finch’ on June 1.

Also taking a time out the new musical “Girl from the North Country” is currently running at the Belasco. Wednesday, announced they will end their run on Jan. 23 with plans to reopen in the spring.

Arlekin Players, (www.zerogravity.art) the award-winning, artist-driven theater company dedicated to imaginative storytelling and new forms of theater, presents Witness, the newest live and virtual theater piece from their groundbreaking Zero Gravity (zero-G) Virtual Theater Lab. Audiences watch Witness online, though the performance includes live actor and live audience interaction in virtual space. This documentary theater piece bears witness to the migratory experience of Jewish people in the face of antisemitism and runs from January 14-23, 2022. Witness, directed by Igor Golyak,  was inspired by the journey of the ship MS St. Louis, which left Hamburg in 1939 with over 900 Jewish people on board and headed to Cuba only to be turned away, leaving the passengers stranded with nowhere to go and no escape. Witness shares these stories through an interactive virtual theater experience at the nexus of film, theater and video games.

Set on a boat in the digital space, Witness includes multiple languages, unique visuals, intimate stories, and critical moments of live choice by the audience throughout a live, interactive performance that will never be the same twice. The creative team includes artistic partners and technical experts collaborating across five countries.Witness was created through interviews by the director, playwright and Arlekin acting company with Jewish immigrants around the world, and through the use of historic materials, primarily sourced from the archives of the United States Holocaust Memorial Museum. This is an original documentary theater piece, woven together into a dramatic script by playwright Nana Grinstein (Moscow), with additional writing by dramaturg Blair Cadden and Arlekin’s artistic director and Witness director Igor Golyak. Witness is both live and virtual, which is why there are specific performance times.

Tickets and information on Witness are available at www.zerogravity.art.