Theatre News: Natalie Weiss, Felicia Boswell Stand For, The Nightmare Before Christmas, Dracula, In the Green and Ron Howard 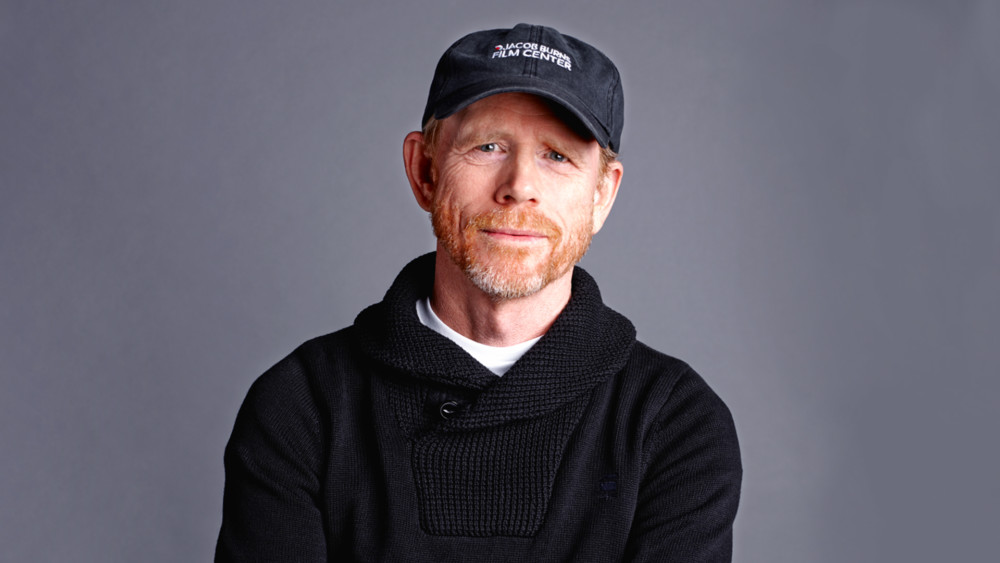 Theatre News: Natalie Weiss, Felicia Boswell Stand For, The Nightmare Before Christmas, Dracula, In the Green and Ron Howard

Rising TikTok personality Natalie Weiss (Everyday Rapture, YouTube’s “Breaking Down the Riffs”), and Emmy Winner & Grammy Nominee Felicia Boswell (NBC’s Jesus Christ Superstar LIVE, Shuffle Along, Motown), two stars from the Original Off-Broadway Cast of Emojiland (the critically acclaimed new musical which was cut short in March due to the Broadway shutdown), have reunited virtually to perform the song “Stand For,” supported by one hundred singers and musicians from coast to coast.

One of the show’s writers, Keith Harrison, who also produced the quarantine music video, says the number was written to inspire the audience to ask themselves what they “stand for.”

Joining Weiss and Boswell in the video are singers from the Weston Drama Workshop, AMDA College of the Performing Arts and Honeoye Falls-Lima High School, accompanied by a five-piece band comprised of CJ Baker, Emily Rosenfield, Geno Henderson, Jazz Limbo and Harrison himself.

The production, produced by Visceral Entertainment and Arborhouse Productions, was directed by Thomas Caruso and received two Outer Critics Circle Awards, in addition to nominations for four Drama Desk Awards, a Lucille Lortel Award, and an Off-Broadway Alliance Award for Best New Musical. Its original cast recording released by Broadway Records is streaming now on all major platforms, and is currently on the GRAMMY ballot for Best Musical Theater Album.

The Actors Fund, the national human services organization for everyone in performing arts and entertainment, and the Lymphoma Research Foundation are proud to announce a one-night-only Halloween benefit concert presentation of The Nightmare Before Christmas, Disney’s classic animated film, as interpreted by some of Broadway’s most ghoulishly talented artists. The evening will be presented by Tony Award winner James Monroe Iglehart, in cooperation with Tim Burton, Danny Elfman and Disney Music Group. The terrifyingly tantalizing one-night-only event will be available to stream on The Actors Fund Vimeo Channel. on Saturday, October 31 at 7 pm ET. For details and to purchase tickets ($4.99), visit http://actorsfund.org/TNBC.

James Monroe Iglehart, who dazzled audiences as the Genie in his Tony Award-winning performance in Disney Theatricals’s Aladdin, and his Broadway friends, using only items and clothing found around their house combined with their imaginations, will bring this delightful evening of music, storytelling and Halloween fun to life for one-night-only.

“We are extremely grateful to Tim Burton, Danny Elfman and the Disney Music Group for allowing us the opportunity to bring our concert interpretation of The Nightmare Before Christmas to everyone this Halloween,” said James Monroe Iglehart.

With door-to-door tricks and treats on hold, all are invited to indulge in this holiday classic. To purchase tickets to stream ($4.99), visit actorsfund.org/NBC.

Based on Bram Stoker’s horror classic, this live immersive audio experience will transport audiences to the heart of Transylvania and the decaying, undead world of The Count himself.  With your ears and imagination as your guide, join Prof. Van Helsing as he leads a team of vampire hunters to destroy the evil that is Dracula once and for all.

This fast-paced new immersive audio play, suggested by Orson Welles’ 1938 radio adaptation, will use new, proprietary technology to create a live 360-degree soundscape of howls, bats, screams, creaky floors, slamming doors, and everything that goes bump in the night.

Dracula will be followed by live audio performances of a Resounding adaptation of Robert Louis Stevenson’s Treasure Island (November), and the World Premiere of The Fantastical Tale of the Nutcracker and the Mouse King (December) casts TBA. Tickets are $20 and can be purchased by visiting Resounding.live

Ghostlight Records has announced that it will release the Lincoln Center Theater/LCT3 original cast recording of In the Green – the new musical by Grace McLean – in digital and streaming formats on Friday, October 16. A physical CD will be available later this year. The album features orchestrations by Grace McLean and Kris Kukul, with music supervision by Kris Kukul, and music direction by Ada Westfall. To pre-order the album, which is produced by Dean Sharenow, Grace McLean, and Kris Kukul, please visit: ghostlightrecords.lnk.to/inthegreen

In the Green, which was commissioned and produced by Lincoln Center Theater/LCT3, tells the origin story of one of Medieval history’s most powerful and creative women: Hildegard von Bingen. Before she became a healer, a composer, an exorcist, and finally a saint, she was a little girl locked in a cell with her mentor, Jutta. The cast features Rachael Duddy, Ashley Pérez Flanagan, Grace McLean, Mia Pak, and Hannah Whitney.

The Actors Fund, the national human services organization for everyone in performing arts and entertainment, announced today that Life on the Stage: Conversation and Film, presented by Jacob Burns Film Center (JBFC) in partnership with The Actors Fund, returns with filmmaker and JBFC Board Member Ron Howard on October 13 at 7:30 PM ET in a live virtual conversation about his film Frost/Nixon (2008), moderated by Broadway producer and JBFC Board Member Dori Berinstein.

The event will be available for viewing on The Actors Fund YouTube Channel. For more information, please visit: https://burnsfilmcenter.org/virtual-events/life-on-the-stage-frost-nixon/

Frost/Nixon is a cinematic adaptation of the play that premiered in London in August 2006 and opened on Broadway in April 2007 and is just as timely now as when it first opened.

Ron Howard is one of this generation’s most popular directors. From the critically acclaimed dramas Cinderella Man and Apollo 13 to the hit comedies Parenthood and Splash, he has created some of Hollywood’s most memorable films. Howard directed and produced A Beautiful Mind, which earned him an Oscar for Best Director and also won awards for Best Picture, Best Adapted Screenplay, and Best Supporting Actress. Howard’s more recent films include The Da Vinci Code, Angels & Demons, Frost/Nixon, The Dilemma, The Beatles: Eight Days a Week, Pavarotti, and Rebuilding Paradise. Suzanna BowlingSeptember 26, 2022
Read More
Scroll for more
Tap
What To Watch October 12th To Take Away The Blues
Crooners Supper Club Opens With 5 Special Performances With the Marvelous Marilyn Maye