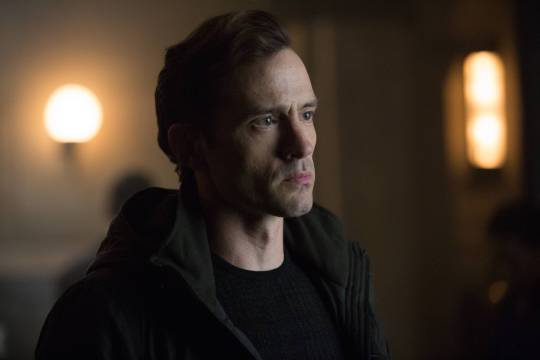 FOOD FOR THOUGHT PRODUCTIONS, the award-winning theatre company, offers it fourth show during the 2020 season at Theatre 80, 8th Street and 1st Avenue on Monday, October 26th from 2:00 to 4:00pm.

The program features When Truth Is Not Enough by award winning playwright Susan Charlotte, directed by Antony Marsellis and starring Nathan Darrow (“House of Cards”), and Ebony Jo Ann (“Grown Ups”). Q & A will include a discussion with the cast on the, led by Susan Charlotte.

When Truth Is Not Enough takes place on Election Day in an old rural town in the south. An elderly woman, who has voted all her life, has arrived early in the morning to cast her vote.  As she waits to be called on, anxiety builds.  The voter ID laws have changed and she may have a problem. This compelling drama unfolds, revealing her fears in the present as she faces another person who is about to vote, a white supremist and the demons of her past which continue to haunt her.

This play is part of a Project that began in 2012 called the “Rosa’s Registration Ride” in honor of Rosa Parks.  The RRR, which first presents the play and then has offered audience members a chance to vote on site, has travelled throughout the country — from Megan, Georgia to Washington D.C. to New York City. In September 2019 200 students from the Democracy Prep High School, registered over 100 people to vote.

The performance will be available live via Zoom as well as a limited in-theatre ‘audience’ who will be part of a documentary being filmed on FFTP.   info@foodforthoughtproductions.com

The Keys a new play by Dorothy Lyman a Zoom reading of a new play in development — is being produced by Pat Flicker Addiss and Lauren Yarger.  The Keys, a story of fear, love and hope in the time of Covid, by Dorothy Lyman. Directed by Elinor Renfield. A talkback will follow the reading.

Margaret (Lyman) and Gil (Tim Jerome) meet over the balconies of their condos in the Florida Keys during the Covid lockdown. As their relationship develops, they struggle with memories of what their golden years were supposed to look like while focusing on a fearful, distanced, “safe” reality. The key to happiness might just include letting go and taking some risks.

This timely play is ideal for presentation beginning this winter and spring as theaters begin to re-open. The two actors are separated on one set.

BSC originally staged Typhoid Mary in 2018 to critical acclaim at the St. Germain Stage, in a production also directed by Mr. Penn.

This is the true and turbulent story of Mary Mallon, known better as Typhoid Mary. As one of the most infamous women in America, her career as a cook left deaths in her wake. A carrier of typhoid, Mary refused to believe she was responsible, citing God’s will and the lies of science instead. Imprisoned on North Brother Island, the conflicts between her and the doctors were as impassioned then as they are today.

“As the pandemic continues into its eighth month in the US and an administration rails against the fact-based findings of doctors and medical advisors, it felt like an appropriate time to revisit Mark St. Germain’s play, where arguments between God and science take center stage,” commented Julianne Boyd. “We are thrilled to present this play in a virtual reading with such an extraordinary cast.”

Typhoid Mary will be filmed in advance with the cast performing remotely. The actors will be receiving salary, health insurance and pension benefits for rehearsals and the filming. It will be available to stream on October 30 & 31 at 7:30 pm ET. Tickets ($25) can be ordered from OvationTix and a link will then be sent to the ticket holder within 24 hours of the scheduled performance.

WWorking Theater, the Drama Desk and Audelco award-winning Off-Broadway company – now in its 36th Season, under the leadership of Artistic Directors Mark Plesent and Tamilla Woodard – is pleased to announce its digital programming for 2020-2021 beginning late October. Opening with Leila Buck’s ‘AMERICAN DREAMS,’ which is currently on a national virtual tour, WORKING THEATER will also feature the audio immersive experience ‘SANCTUARY’ by Rachel Falcone and Michael Premo, with music by Broken Chord, and a benefit performance of ‘TO THE BONE’ by Lisa Ramirez, a Working Theater Commission.

“Tamilla and I have collaborated on projects for many years, but our 36th Season is the first that we are co-leading the Company as Artistic Directors.  And while the pandemic has been a blow to Working Theater and the theater community at large, that won’t stop us from serving the workers of New York and beyond – be it through a nationwide partnership on a live digital play about immigration or an intimate sound-walk inspired by the intersection of faith, sanctuary and social justice. Engaging our audience of working people and representing their hopes, dreams and challenges on stages, virtual and otherwise, remains the reason Working Theater was founded and continues to survive and thrive,” said Plesent.

Created and Developed by Leila Buck and Tamilla Woodard with Jens Rasmussen,

in collaboration with Osh Ghanimah, Imran Sheikh, and the Company

This playful participatory production will be the first to launch the Working Theater’s Sliding Scale Ticketing Initiative which reflects the Company’s commitment to accessibility and the belief that theater should not be a luxury or a privilege, but available and accessible to all.

A Soundwalk for the Cathedral of St. John the Divine

Developed with & directed by Rebecca Martinez

Believers and nonbelievers from all walks of life and faith traditions are welcome at St. John the Divine. In the community of this magnificent cathedral, many people have found home and sanctuary, but in a world of chaos and injustice, what does that mean? In this aural exploration, featuring the majestic Cathedral, audiences are invited to put on their headphones and take a walk that weaves together the aural landscape of New York City and the Cathedral of St. John the Divine, and to reflect on the intersection of faith, sanctuary and social justice.

Sanctuary is part of Working Theater’s Five Boroughs/One City Initiative and is developed in partnership with the community at St. John the Divine.

Inspired by actual interviews with immigrant workers in the poultry processing plants of upstate NY, To the Bone examines the very nature of equality and justice in contemporary America. Featuring the original cast from the acclaimed Cherry Lane Theater production, this virtual reading of To the Bone will benefit Sullivan County migrant farm workers and their fight for a farm workers’ Bill of Rights.

The livestreamed event will take place on Monday, November 2 at 6:30PM (EST) and can be viewed exclusively at singoutforfreedom.com. This will be the 18th annual concert event hosted by the ACLU and NYCLU.

Liesl Tommy, Tony Award nominee (Eclipsed) and director of upcoming Aretha Franklin biopic, RESPECT, will direct the election eve concert, which will feature performances and appearances by Broadway performers and inspiring activists who stand up for freedom and civil liberties for all.

On the eve of the most important election of our lifetimes, join Broadway favorites and other luminaries for a concert of solidarity, community and renewal as we stand – and sing – with the NYCLU and the ACLU to protect one of our most essential democratic rights: the right to vote. In an inspiring evening filled with music and hope, we will honor the legacies of Justice Ruth Bader Ginsburg, Rep. John Lewis and suffragists, along with other activists and citizens who have both fought for and protected American voting rights, especially as they remain under direct attack today. No matter what happens on Election Day, this year has proven that the NYCLU and ACLU’s work to defend civil liberties in New York and across the country is more vital than ever.

“The right to vote is the right upon which all other rights depend, and it is crucial for us to ensure that every vote gets counted,” said Donna Lieberman, Executive Director at the NYCLU. “As we face attacks on this fundamental right and the uncertainty of the election and its aftermath, we must come together as a community. Sing Out For Freedom is a night to get ready for the struggle ahead to protect our democracy and ensure the orderly transition of power that we can no longer take for granted.”

Sing Out For Freedom is co-founded by Donna Lieberman, Liana Stampur and Erich Bergen. Additional performers and speakers will be announced at a later date.

For more information and to RSVP visit www.singoutforfreedom.com. Proceeds from the concert will benefit the work of the NYCLU and the ACLU to promote and protect the civil rights and liberties in New York and across the country. The concert is free with a suggested donation of $20.