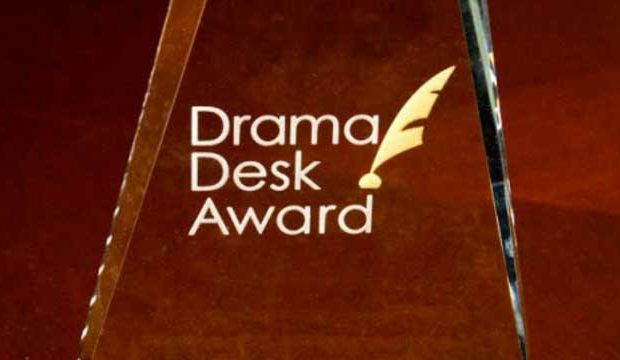 Performers will be on separate levels with separate entrances onto the fire escape and no physical contact.

For submission of scripts or for additional information please contact njrep@njrep.org.

Given the expected volume of submissions we can only contact playwrights whose work we are interested in.

The event, hosted by Frank DiLella, will also feature a first look at the brand-new Drama Desk Awards statuette.

Tune in this Sunday, May 31, at 7:30 PM ET on Spectrum News NY1. The awards special also will stream on NY1.com, and DramaDeskAwards.com.

Concord Theatricals is thrilled to announce that it has secured exclusive worldwide licensing rights to Adam Rapp’s The Sound Inside for its Samuel French imprint. The play will initially be released to professional theatres and a Samuel French acting edition is now available. For more information visit concordsho.ws/PerformTheSoundInside

Carnegie Hall continues its new online series—Live with Carnegie Hall—with an episode on Tuesday, June 2 at 2PM EDT curated by singer-songwriter Rosanne Cash, focusing on American protest music, past and present, and its ability to bring people together in times of crisis. Cash will be joined by special musical guests including Brandi Carlile, Ry Cooder, Elvis Costello, and Paul Janeway of St. Paul and the Broken Bones with discussion moderated by John Schaefer.

Leading interpreter of the American Songbook Michael Feinstein returns as host to Live with Carnegie Hall on Thursday, June 4 at 2PM EDT, with a program dedicated to the music of Irving Berlin and featuring special guest Broadway stars Cheyenne Jackson, Kelli O’Hara, and Tony Yazbeck. With a catalog of more than 1,000 songs—including such classics as “Anything You Can Do (I Can Do Better)” and “Alexander’s Ragtime Band”—Berlin is one of the most prolific contributors to the Great American Songbook. Michael Feinstein leads this lively episode of music and conversation.