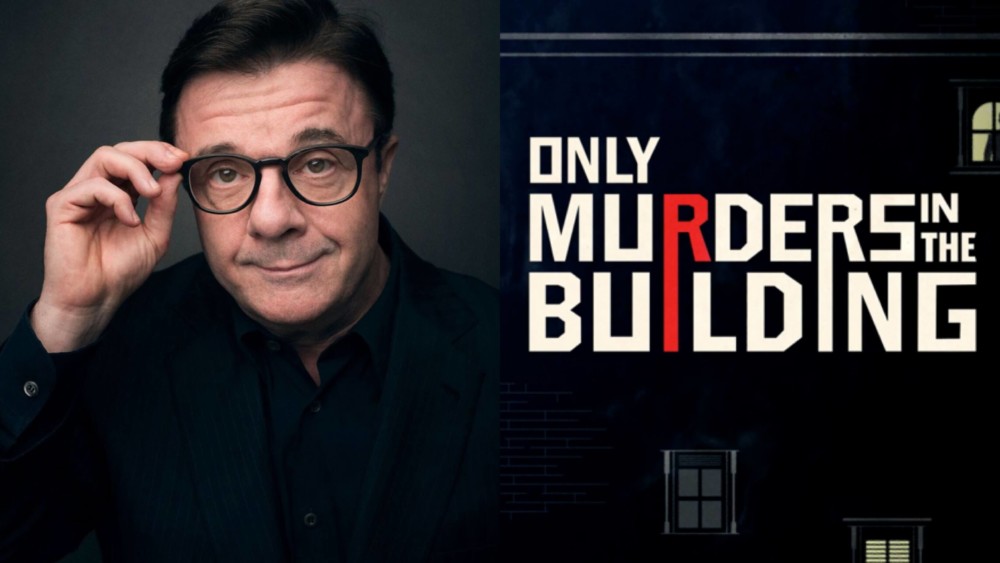 Nathan Lane revealed that he recently participated in a reading of a new Stephen Sondheim musical with Bernadette Peters on the Today Show. Could this be the collaboration with David Ives, Buñuel, that was  workshopped in 2016 with plans for a 2017 opening?

She said she was no longer going to work in theatre and this wasn’t the first time she made this statement. Now actor, activist and Tony Award-winner Karen Olivo (she/they), has been added to the line-up of Collaboraction’s 6th annual Peacebook Festival on Saturday, October 2 at the Kehrein Center for the Arts in Chicago.

Tony Award-winning producer Hunter Arnold (Hadestown, Little Shop of Horrors) is thrilled to announce that his company TBD Pictures will release the North American streaming premiere of Sir Ian McKellen’s one man show“Ian McKellen on Stage” Friday, September 17 through October 3, 2021via On The Stage streaming platform. Tickets can be purchased at www.ian80.com. A portion of the proceeds will be donated to community, amateur, educational and regional theaters affected by the Covid-19 crisis.

Experience Ian McKellen like you’ve never seen him before in this limited presentation of the greatest roles of his career.  Captured live with stunning clarity, this must-watch streaming event will remind you why you fell in love with theater to begin with. Directed by Sean Mathais, Ian McKellen on Stage was conceived by McKellen in honor of his eightieth birthday and in tribute to his illustrious sixty-year career onstage.

After touring 80 theaters in the UK with all proceeds, over 3 Million GBP, going to UK regional theaters, the production was filmed by National Theatre Live during its run on the West End at the Harold Pinter Theatre.  The streaming production is now being released to benefit community, amateur, educational and regional theaters affected by the Covid-19 crisis.

Hunter Arnold says, “While we are very fortunate that theater is coming back, local institutions have a long way to go before they will recover from the economic impact of COVID-19.  Sir McKellen was so focused on supporting local theaters with this project in the UK, we thought it was only fitting that that support continues across the pond here in North America. These theaters, the work they produce, and the artists and workers they support are a crucial part of our culture. It’s up to each of us to do as much as we can to bring them back stronger than they were before this crisis.”

The Lucille Lortel Theatre today announces its first slate of guests for its 2021-2022 “Live at The Lortel” podcast series. Now in its third season, “Live at The Lortel” is hosted by Eric Ostrow and co-hosts Joy DeMichelle and John-Andrew Morrison. The program is designed to give theater makers the opportunity to share insight into their creative process and inspiration with a larger audience. These conversations dig deep into the artists’ work and career, including past, present, and future projects.

This upcoming season, Live at The Lortel looks at the intersection between art and activism. We honor the work of theater artists who boldly use their public platform for philanthropy, to advance the state of theater, and to support the issues that they are passionate about. We look to explore how an artist’s passion for activism and philanthropy influences their artistry on the stage.

The live interviews will take place Mondays at 7:00 PM EST, offering theater fans the opportunity to view interviews and participate in a Q&A with artists. To join the audience, please visit www.liveatthelortel.com.

Following each live interview, podcast episodes of “Live at The Lortel” will be available on Apple Podcasts, Spotify, and Soundcloud per the below release schedule.

Monday, September 20 – live Podcast release: September 24: Phylicia Rashad, an accomplished actress and stage director, became a household name when she portrayed Claire Huxtable on “The Cosby Show,” a character whose enduring appeal has earned numerous awards and honors for over two decades.  Her film and television credits include: “A Fall from Grace,” “Creed” and “Creed II,” “For Colored Girls,” “Soul,” “Jingle Jangle,” “Black Box,” “This is Us” (three Emmy nominations), “David Makes Man,” and “Empire.”

Inducted into the Theatre Hall of Fame in 2016, Ms. Rashad received Tony® and Drama Desk Awards for her performance as ‘Lena Younger’ in ‘A Raisin in the Sun,” the Lucille Lortel Award for her performance as ‘Shelah’ in “Head of Passes,” and a Tony® nomination for her portrayal of ‘Aunt Ester’ in August Wilson’s “Gem of the Ocean.”  Ms. Rashad has directed plays by August Wilson (“Gem of the Ocean,” “Fences,” “Ma Rainey’s Black Bottom,” “Joe Turner’s Come and Gone”), Stephen Adly Guirgis (“Our Lady of 121st Street”), and Paul Oakley Stovall (“Immediate Family”) at prestigious regional and 0ff-Broadway Theaters. Rashad, who serves as Co-Chair of the Advisory Council for the African American Cultural Heritage Fund, was recently appointed Dean of the Chadwick A. Boseman College of Fine Arts at Howard University.

Monday, September 27 – live Podcast release: October 1 Arturo Luís Soria is an actor and writer with roots in Brazil, Italy, Ecuador, and the Dominican Republic. Most recently, Arturo can be seen Off-Broadway at the Rattlestick Playwrights Theatre in his critically acclaimed play, “Ni Mi Madre,” which he wrote and stars in. A first-time playwright, “Ni Mi Madre” received rave reviews from The New York Times and Vulture. Soria made his Broadway debut in “The Inheritance” by Matthew Lopez and directed by Stephen Daldry. He played ‘Tano’ in the world premiere production of “Hit the Wall” by Ike Holter at the Steppenwolf Garage Theatre, reviving the role off-Broadway at Barrow Street Theatre. TV credits include: “The Blacklist” and “Insatiable.” He is a graduate from Yale School of Drama and The Theatre School at DePaul University. He is currently a TV writing mentee in Lena’s Waithe’s mentorship program at Hillman Grad Productions.

Monday, October 4 – live Podcast release: October 8 NaTasha Yvette Williams is an American actress, singer, and entertainer. Since she began singing at age three in the tiny tot choir at her church, she has performed from the subway to Broadway. She portrayed Aretha Franklin in “A Night with Janis Joplin,” and has been seen in The Gershwin’s’ “Porgy and Bess” and Oprah Winfrey’s “The Color Purple.” Ms. Williams has previously performed with the Indianapolis Symphony, Naples Philharmonic, and Baltimore Symphony orchestras. Her current recording project is “How Deep is the Ocean,” a collection of standards, and she has released a Gospel project, “Songs That Carry Me Through … Some Old, Some New.”

Monday, October 11 – No show in observance of Indigenous People’s Day

Reynaldo Piniella is an actor, writer, educator and activist from East New York, Brooklyn. He is an Advocacy Leadership Institute Fellow with the National Association of Latino Arts and Cultures (NALAC). He currently serves on the Council of the Episcopal Actors’ Guild, a nonsectarian charitable organization that provides food and financial assistance to actors in need. He co-runs Youth Onstage!, a free youth theater training program for young people from underserved communities across the country. As an actor, he’s been seen Off-Broadway in “The Death of the Last Black Man…,” “Venus” (Signature), “The Skin of Our Teeth” (TFANA), “Lockdown” (Rattlestick), “The Space Between the Letters” (The Public/UTR), “Terminus” (NYTW Next Door). Regional work includes Baltimore Center Stage, Syracuse Stage, Sundance Theatre Lab in Morocco, the O’Neill and the Cleveland Playhouse. TV credits include “Blue Bloods,” “Sneaky Pete,” “Flesh & Bone,” “Greenleaf,” “The Carrie Diaries,” “Law & Order: SVU,” “NYC 22,” “Us & Them,” “Louie” and “The Daily Show with Jon Stewart.” Film credits include “Madeline’s Madeline,” “Shadows,” “One Percent More Humid” and “Broken City.” His writing has been developed and commissioned by Baltimore Center Stage, the National Black Theater, San Diego Rep, Single Carrot Theater, Pioneer Theatre Guild, Shakesqueer Theater Company, HB Studio and NYU. Piniella’s play “Black Doves” won the Thomas Barbour award for Playwriting.

Monday, October 25 – live Podcast release: October 29 Ruben Santiago-Hudson is currently starring in “Lackawanna Blues” which he wrote and directed on Broadway at Manhattan Theatre Club. He also directed the Broadway production, “Jitney” which garnered several awards for “Outstanding Revival” including a Tony® Award and six Tony® nominations. Santiago-Hudson recently adapted August Wilson’s play “Ma Rainey’s Black Bottom” for Netflix, which was produced by Denzel Washington, directed by George C. Wolfe, and starred Viola Davis and Chadwick Boseman.  Ruben’s directing credits include: “The Piano Lesson,” “Skeleton Crew,” “Othello,” “Gem of The Ocean,” “Paradise Blue,” “My Children! My Africa!,” “Ma Rainey’s Black Bottom,” “Cabin in the Sky,” “The Happiest Song Plays Last,” “Two Trains Running,” “Things of Dry Hours” and more. Santiago-Hudson received a Tony® Award as featured actor for his performance in August Wilson’s “Seven Guitars” and made his Broadway acting debut alongside Gregory Hines in “Jelly’s Last Jam.” Other Broadway credits include “Stick Fly” and “Gem of The Ocean.” Select theater credits include “The Winter’s Tale,” “Henry VIII” and “Measure for Measure” (The Delacorte) “Ceremonies in Dark Old Men” and “A Soldier’s Play” (NEC), “Lackawanna Blues” and “East Texas Hot Links” (The Public Theater). He wrote, executive produced, and co-starred in the HBO film “Lackawanna Blues” based on his OBIE and Helen Hayes Award-winning play. The movie received many honors including Emmy, Golden Globe, NAACP Image Award, The Christopher Award, and the Humanitas Prize.