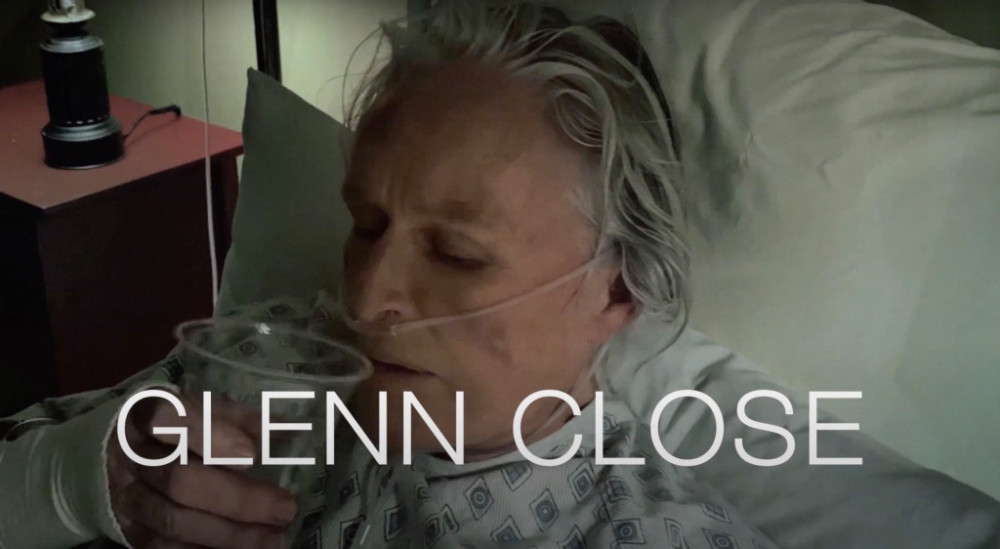 Scott Barbarino stated “It gives me great pleasure to announce that Ellen’s Stardust Diner will be opening Thursday October 1st with all the social distancing.”

Glenn Close, Laura Linney, Patti LuPone, S. Epatha Merkerson and Jeremy O. Harris will present a free hour long virtual benefit performance of seven scenes from “Angels in America,” Tony Kushner’s two-part 1993 play about the AIDS epidemic, on October 8th. The show, will be live streamed at 8:30 p.m. on the Broadway.com’s YouTube channel and will be a benefit for the Foundation for AIDS Research (amfAR) Fund to Fight Covid-19.

Metro Goldwyn Mayer (MGM) and TCG Entertainment, a leading producer of touring live productions announced the launch of a new live ‘Films in Concert Series’ featuring two of MGM’s most iconic properties, Rocky and Legally Blonde, set for Summer 2021.  For the first time ever, audiences around the world will be able to experience the inspiring anthems of Rocky and fan favorite tunes from Legally Blonde performed live by a full symphony orchestra and played in sync to the films. The partnership with TCG Entertainment is part of MGM’s overall strategy to grow its portfolio of live events and immersive experiences that let fans enjoy their favorite movies and characters well beyond the silver screen.

The Rocky in Concert series will include six musical events for each of the six films in the original franchise, beginning with Rocky. Audiences will be able to hear the iconic music from the films performed live by a full orchestra, while watching the movies on larger than life screens.  The concert event will take the audiences along for the emotional journey of Rocky’s transformation from underdog to champion to his fight in Russia to the finale “Rocky Balboa.” Each of the events will also feature interactive experiences along with pop-up retails kiosks and exclusive merchandise.

Legally Blonde in Concert will get fans amped up and inspired as they relive the adventures of Elle Woods while listening to orchestrations of their favorite songs from the soundtrack.  Fans will also be able to enjoy pop-up retail kiosks and interactive experiences on site.  As Elle Woods would say, “This is gonna be just like senior year, except for funner!”

Both events are currently scheduled to tour through North America, Europe, and Australia, with additional markets to be added.  The concerts are planned to begin in July 2021 and run through the end of June 2024.

Robert Marick, MGM’s Executive Vice President Global Consumer Products and Experiences, said, “MGM is looking to create additional ways that fans can interact with and enjoy their favorite stories and characters well beyond the end credits of the film.  The concert events for both Rocky and Legally Blonde are part of our strategy of developing meaningful experiences that fans will love. TCG are true experts in this space and we couldn’t have asked for better partners as we kick off this brand-new initiative.”

Stephen Cook, President of TCG Entertainment, said, “We are excited to be working with MGM on bringing the iconic Rocky film series and Legally Blonde to the concert hall.  Both Rocky and Legally Blonde are fantastic films with great music.  These shows will perform in symphony halls, theaters and performing arts centers around the world.”

MGM’s Rocky and Creed spinoff films have generated more than $1.3 billion in worldwide box-office sales, three Academy Awards, and 10 nominations. The Rocky and Creed franchise, produced by Chartoff Winkler Productions, has remained a global phenom because it presents moviegoers with universally relatable themes that they can identify with—ambition, passion, determination and giving it your all to win, even when the odds are against you.

The box office smash, Legally Blonde, continues to resonate with new generations of audiences and is as relevant as ever — it was recently announced that Mindy Kaling and Dan Goor have signed on to co-write the script for the film’s third iteration, Legally Blonde 3, which will see Reese Witherspoon reprise her role as the beloved Elle Woods.

Doo-wop may have been music popularized in the ‘40s, but The Doo Wop Project, featuring stars of Broadway’s smash hits Jersey Boys and Motown: The Musical, has set out to prove that what’s old may be new again.

The Doo Wop Project: Live In Your Living Room, a virtual theatrical concert, will be broadcast live from Shubert Studios, on Sunday, October 25th at 7:00PM.

Conceived backstage at The August Wilson Theatre, the original home of Jersey Boys, The Doo Wop Project’s cast will perform Doo-Wop classics as well as “Doo-Wopified” versions of modern songs, giving a new spin on music that we thought we knew.  Tight vocal harmonies, prodigious instrumental solos, and swingin’ dance moves will be on full display, radiating pure joy during a time when we all could use it.

The Doo Wop Project traces the evolution of Doo Wop from the classic sound of five guys singing tight harmonies on a street corner to the biggest hits on the radio today. The theatrical concert takes audiences on a journey from foundational tunes of groups like the Crests, Belmonts, and Flamingos through their influences on the sounds of Smokey Robinson, The Temptations, and The Four Seasons all the way to “Doo-Wopified” versions of modern musicians like Michael Jackson, Amy Winehouse, and Maroon 5. Featuring stars of Broadway’s smash hits Jersey Boys and Motown: The Musical, The Doo Wop Project brings unparalleled authenticity of sound and vocal excellence to recreate-and in some cases entirely reimagine-some of the greatest music in American pop and rock history. The last five years have seen sold-out shows across the country and performances with everyone from Katy Perry to Jon Bon Jovi to Jay Leno.

The Doo Wop Project: Live In Your Living Room isn’t just another zoom concert though; audience members can chat with the group via a live chat next to the live streamed concert as well as requesting songs and interacting with each other. This concert is a shared and immersive experience between the cast and their audience.

In short, The Doo Wop Project is making doo wop relevant for today.

The York continues its fall season of virtual events on Tuesday with a live Show (and Tell!) company reunion of its 2000 and 2018 Musicals in Mufti productions of Hallelujah, Baby!

This is a live panel discussion of these two productions, NOT a performance.

The John W. Engeman Studio of The Performing Arts is offering safe, private, in person and virtual classes. All classes will be instructed by theater professionals with extensive credits ranging from Broadway to large regional theaters – many of whom are members of Actors’ Equity.
Instruction is one-on-one and will be held at The John W. Engeman Studio of the Performing Arts. Professional Level Courses are designed for students looking to pursue professional paths in theater. After a 1 hour private evaluation, our professional team will give feedback and create a personalized curriculum for each student. Learn to present yourself confidently in the audition room, put together your book with well suited and clean 32 & 16 bar cuts in varying styles. Choose the monologues to show off your acting talents. Master what it takes to pick up dance combinations quickly. Choose the right headshots, perfect your resume and dress to succeed. 6 week private course (not including evaluation week) 1 hour per week In-person or virtual $900

Preparation College Audition Preparation prepare you for your college auditions. Personally selected monologue and song materials. Assistance in preparing for National Unified College Auditions compiling your college list. Review of your resume, selection of your headshot, choosing your wardrobe, preparing for your dance audition. 8 week private course (not including evaluation week) 1 hour per week. In-person and virtual available. $1200. Check out their other classes as well.