Directed by Alisa Palmer, this world première commissioned by the Stratford Festival is brought to life with set design by Jung-Hye Kim, costume design by Ming Wong, lighting design by Leigh Ann Vardy, composition and sound design by Chris Ross-Ewart and video and projection design by HAUI.

Hamlet-911 brings us into the life of fictional actor Guinness Menzies who has landed his dream role of Hamlet at the Stratford Festival. But just before a matinée performance, he suddenly finds himself in the Underworld, a strange realm as frightening as it is hilarious, where time is seriously out of joint. Has he gone mad? Is he dreaming? Has he died? Meanwhile, teenager Jeremy attempts to reach out to Guinness online as he wrestles with his own version of Hamlet’s famous life-or-death dilemma.

“Our play lives in a world where, to quote Shakespeare, ‘the truth will out.’ By hook or by crook, by rope or by joke,” says Palmer. “And, the truth makes demands; it calls upon us to give – often without being thanked or recognized. The truth challenges us to grow up enough to care about those who come after us.”

This production is dedicated to the memory of actor and civil rights activist Shirley Douglas, a member of the acting company in 1989 and 1990. Producers Paula Wagner and Hunter Arnold announce the world premiere production of High Noon, based on the iconic and beloved Academy Award-winning film of the same title. The production will arrive on Broadway in 2023.

Based on Stanley Kramer’s trailblazing 1952 Academy Award-wining film, High Noon is written for the stage by Academy Award winner Eric Roth and directed by Tony Award nominee Michael Arden. High Noon will become the first Western play to premiere on Broadway in over 85 years.

Mr. Roth has been nominated for six Academy Awards for Best Adapted Screenplay for his work on The Insider, Munich, The Curious Case of Benjamin Button, A Star is Born, Dune and Forrest Gump, for which he won the award. He will make his Broadway debut with High Noon.  Michael Arden returns to the stage following acclaimed revivals of Deaf West’s Spring Awakening and Once on This Island, for which he received Tony nominations for Best Direction with both productions. Once on This Island won the Tony Award for Best Revival of a Musical that season.

The upcoming Broadway production will take place in real-time over the course of two hours, similar to the film. Exact dates, additional design team, casting and theatre will be announced at a later date.

High Noon is considered one of the most influential films of its time, credited for not only advancing the Western genre as a whole, but also the roles and portrayal of women. Turner Classic Movies recently celebrated the 70thAnniversary of the beloved film starring Gary Cooper and Grace Kelly, which received seven Academy Awards for Best Actor, Best Director, Best Editing, Best Score and Best Song, Best Screenplay and Best Picture as well as four Golden Globe Awards for Best Actor, Best Supporting Actress, Best Score and Best Black and White Cinematography. 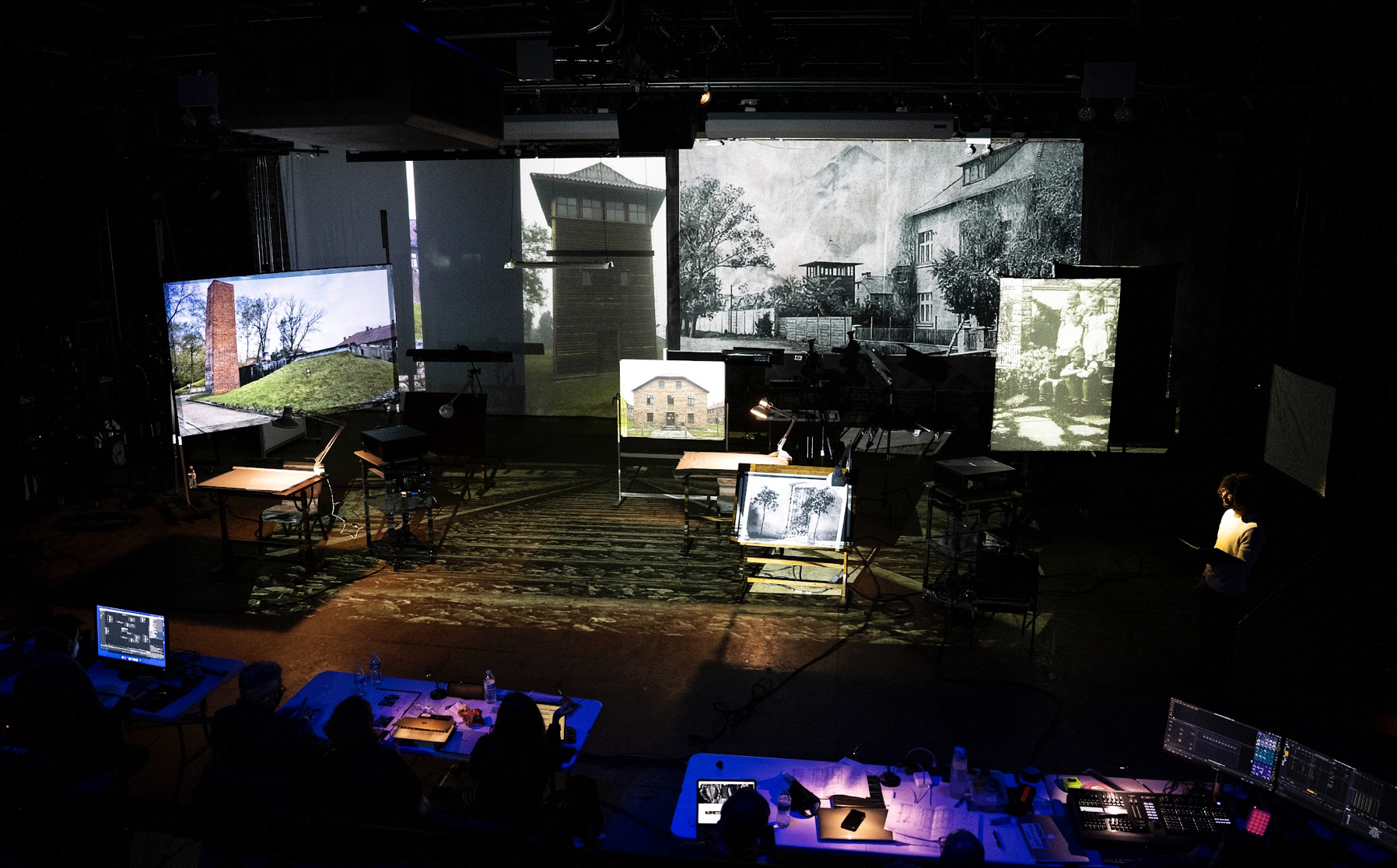 A new world premiere play, Here There Are Blueberries, opened at the La Jolla Playhouse in San Diego, CA.  Written by  Moisés Kaufman and Amanda Gronich and directed by Moisés, Here There Are Blueberries unravels the secrets hidden in a never-before-seen World War II-era album of photographs that arrived at the desk of U.S. Holocaust Memorial Museum archivist Rebecca Erbelding. The album quickly made headlines around the world and led to shocking discoveries and new revelations about the Holocaust and our own humanity.

wild project (Ana Mari de Quesada, Producing Artistic Director) is thrilled to present F*ck7thGrade, music, lyrics, and concept by Jill Sobule, book by Liza Birkenmeierand directed by Lisa Peterson with music direction by Julie Wolf. F*ck7thGrade begins performances on Wednesday, October 12 for a limited engagement through Saturday, November 5. Press Opening is Tuesday, October 18 at 7 p.m. The performance schedule is Tuesday – Thursday at 7 p.m.; Friday – Saturday at 8 p.m. Please note the following schedule adjustments: There are added performances on Monday 10/17 at 7 p.m. and Sunday 10/30 at 8 p.m. Performances are at wild project (195 E. 3rd Street, between Avenues A & B). Single tickets start at $35; all seats are $25 during previews. Tickets go on sale on Tuesday, August 16 and will be available via TheWildProject.org. An adolescent romance, a brief rise to pop stardom, a queer musical memoir (about how we’ll never get out of middle school) conceived by award-winning singer-songwriter Jill Sobule – whose 1990s hits include “Supermodel” and the original “I Kissed a Girl.” The cast and creative team will be announced soon.

At The Irish Rep, The Butcher Boy a new musical by Asher Muldoon, based on the novel by Patrick McCabe. Directed by Ciarán O’Reilly, music directed by David Hancock Turner and choreographed by Barry McNabb.

Growing up in a narrow-minded Irish village in the 1960s, young Francie Brady (Nicholas Barasch) lives in a comic book dreamland with his parents and best friend Joe (Christian Strange) , but all that ends when the Nugents (Michele Ragusa and Daniel Marconi) move to town.

After the haughty Mrs. Nugent denounces the Brady family as “pigs,” a violent obsession enters Francie’s world and only builds as the life he loves crumbles around him. When he cannot fight the dark forces any longer, the story spins to a catastrophic conclusion…

Suzanna BowlingJanuary 18, 2023
Read More
Scroll for more
Tap
Theatre News: Into The Woods, Fiddler on the Roof in Yiddish, Be More Chill, Jasper, The Near Disaster of Jasper & Casper and Floyd Collins
The Latest Broadway Revival of Into the Woods Climbs Way Up High, Even Higher than Before.