Theatre News: Pass Over, The Show Must Go On, Waitress, Bedlam and Letters Of Suresh 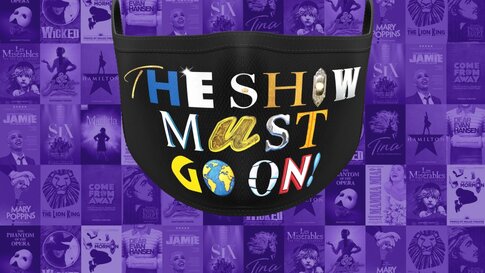 Theatre News: Pass Over, The Show Must Go On, Waitress, Bedlam and Letters Of Suresh

Antoinette Chinonye Nwandu’s Pass Over began performances last night at the August Wilson Theatre, making it the first Broadway play to open after the pandemic. You can see Pass Over right now on Amazon Prime, directed by Spike Lee and performed by Steppenwolf Theatre Company with Jon Michael Hill, who also performs on Broadway. There are major differences such as two characters have been turned into one and the ending changed to reflect these times. The major difference for Pass Over and the rest of the Broadway theatre’s is a require proof of vaccination and masks.

Theater director Sammi Cannold (Forbes’ 30 Under 30 in Hollywood & Entertainment), Emmy Award®-winning filmmaker Dori Berinstein (ShowBusiness: The Road to Broadway), WYSIWYG Studios, CEO Kwan-Woo Park and Elizabeth Armstrong will premiere the film at Broadway’s Majestic Theatre, home of The Phantom of the Opera, to benefit and celebrate the work of The Actors Fund.

In the wake of the global pandemic, The Show Must Go On chronicles the race against time to save live theater and focuses in on some of the theater makers determined to win it. In March of 2020 and for the first time in history, the performing arts were decimated worldwide when theater shut down indefinitely in every country except one: South Korea. From the frontlines in Seoul, this film follows a company of artists involved in two theatrical productions-–the World Tour of The Phantom of The Opera and the South Korean Tour of Cats—two of the productions that pushed ahead safely during the pandemic and helped show the way forward. And a continent away in the UK, the film simultaneously follows Andrew Lloyd Webber, composer of Cats and The Phantom of the Opera among much else, as he uses the example set by his Korean colleagues to fight for theater’s future on the West End and beyond. The Show Must Go On chronicles the survival of the performing arts and the worldwide resuscitation of an artform with the fate of a global industry at stake. But more importantly, the film tells a human story – one of the resilience of storytellers and their determination to come together to heal, create, and inspire. The Show Must Go On, co-directed and produced by Berinstein and Cannold, is executive produced by WYSIWYG Studios, CEO Kwan-woo Park and Elizabeth Armstrong.

Coming back to broadway is Waitress with Sara Bareilles. Drew Gehling as Dr. Pomatter, Eric Anderson as Cal, Charity Angel Dawson as Becky, Christopher Fitzgerald as Ogie, Caitlin Houlahan as Dawn, Dakin Matthews as Joe and Joe Tippett as Earl join Ms. Bareiles but for how long. Fitzgerald is also in the Company revival, Houlahan is in The Girl From North Country, and Dakin is in to Kill A Mockingbird

Second Stage Theater (Carole Rothman, President and Artistic Director; Khady Kamara, Executive Director) has announced full casting for the off-Broadway production of Rajiv Joseph’s Letters Of Suresh. The production will feature Ali Ahn, Ramiz Monsef, Kellie Overbey and Thom Sesma.  Ms. Overbey also appeared in Joseph’s play, Animals Out of Paper, which is a companion piece to Letters Of Suresh. that had its world premiere in Second Stage’s Uptown Series in 2008.