Last night, two-time Tony Award winner Patti LuPone returned to COMPANY after a brief absence while she recovered from COVID. LuPone, stopped the show twice: once with her first entrance when the crowd welcomed her with a standing ovation and then again when she delivered the show’s 11 o’clock number “The Ladies Who Lunch.”

At the curtain call, LuPone was showered with flowers from fans and in a brief interview at the stage door, talked about returning to the Bernard B. Jacobs Theatre.

Daniel Radcliffe to Star in Off Broadway revival of Sondheim’s Merrily We Roll Along as Charley. The revival, to be directed by Maria Friedman and choreographed by Tim Jackson, is planned for a late 2022 opening at The New York Theatre Workshop. Full cast and specific production dates to be announced later.

The Drama League Awards’ 2022 Special Recognition Honorees are recognized for their unique and outstanding contributions to the theater industry. Hugh Jackman will receive the Distinguished Achievement in Musical Theater Award for his outstanding work on stage and in film as part of  the musical theater community; Billy Crystal will be presented with the Contribution to the Theater Award for his extraordinary work on stages across the country and commitment to mentorship in the field; Lileana Blain-Cruz will be honored with the Founders Award for Excellence in Directing for her incredible contributions to the field of directing; and producer Willette Murphy Klausner will be honored with the Gratitude Award in recognition of her leadership, commitment, and dedication to theater and the entertainment industry.

First presented in 1922 and formalized in 1935, The Drama League Awards are a core service to the theater community of The Drama League, an arts organization that has provided vital support to the field and its artists for over a century. The organization’s mission provides the nation’s only full-time, lifelong creative home for stage directors and the audiences that enjoy their work across the world. For a complete list of productions and performers that have won Drama League Awards in the event’s history, as well as all past honorees, click here.

More information about The Drama League’s programs, alumni, and the Awards history can be found at www.dramaleague.org. 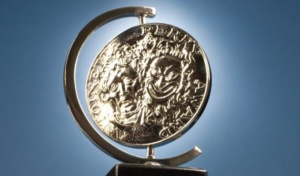 The 75th Annual Tony Awards will return to the legendary Radio City Music Hall in New York City on Sunday, June 12th, in a four-hour television and streaming event that will be broadcast live coast to coast for the first time.

The Tony Awards eligibility cut-off date for the 2021-2022 season is Thursday, April 28, 2022 for all Broadway productions which meet all other eligibility requirements.  Nominations for the 2022 Tony Awards will be announced on Tuesday, May 3, 2022.

The 75th celebration will recognize all of the award categories and honor the incredible artistry of the 2021-2022 season. The Tony Awards, which honor theater professionals for distinguished achievement on Broadway, is presented by The Broadway League and the American Theatre Wing.

The Antoinette Perry “Tony” Awards, which was founded by the American Theatre Wing in 1947, are bestowed annually on theatre professionals for distinguished achievement on Broadway. The Tony is one of the most coveted awards in the entertainment industry and the annual telecast – the night America watches Broadway – is considered one of the most prestigious programs on television.  The Tony Awards have aired on CBS since 1978