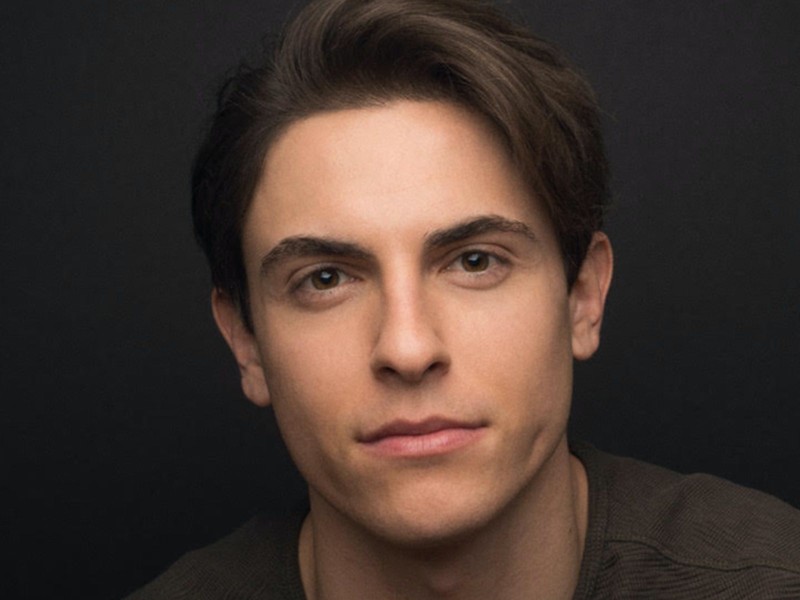 We knew there was going to be a pop-up but who? On Saturday afternoon, a Broadway theater opened up for under an hour. Savion Glover and Nathan Lane took to the stage of the the St. James Theatre. A medical tent and metal detectors, an app, ID, and proof of negative Covid test or vaccination are the new norm.

Future performers will include On Your Feet! star Ana Villafañe on Friday, April 16, and The Lion King’s Bradley Gibson on Saturday, April 17; all performances begin at 6:30 PM. Tickets for each concert are $40 per person and are on sale now exclusively at TodayTix.com.

The Susan Smith Blackburn Prize is proud to present a virtual presentation to announce the 2021 winner of one of the most prestigious playwriting awards, and the oldest and largest prize awarded to women+ playwrights, on Wednesday, April 7, 2021 at 3pm EST / 8pm BST. Sign up to watch the presentation HERE, hosted by Pulitzer Prize-winning Playwright and Susan Smith Blackburn Prize winner (1983) Marsha Norman.

The virtual presentation will feature the Ten Finalists, chosen from an international group of over 160 nominated plays, as they present their plays. They are:

Kimber Lee (US) The Water Palace

Jiehae Park (US) The Aves

The Winner, to be announced during the virtual presentation, will be awarded a cash prize of $25,000 USD, and will receive a signed print by renowned artist Willem de Kooning, created especially for the Susan Smith Blackburn Prize. Each of the additional Finalists will receive an award of $5,000. At the discretion of the Judges, a play can also be honored with a Special Commendation of $10,000.

On Saturday, April 10 from 2:00 PM to 3:00 PM, Theater for the New City (TNC), 155 First Ave., will present a mixed music and performance lineup for the next-to-last installment of “Open ‘Tho Shut,” its afternoon of “walk-by theater” that is staged in its set shop and visible from East Tenth Street between First and Second Avenues.  This will be the twenty-second weekly offering of this series.

The theater will resume indoor performances on April 22.  So April 17 will be the finale for its “Open ‘Tho Shut” series, which has been mounted every Saturday since November 14, 2020.  The program offers a succession of free, live performances in which acts are staged in the theater’s set shop for audiences of socially distanced passers-by, who watch through an open garage door on East Tenth Street.  These live performances are also live streamed on TNC’s website (https://www.theaterforthenewcity.net) and Facebook page.

* Mistress of Ceremonies: CRYSTAL FIELD (Artistic Director of Theater for the New City)

The lineup for the series finale April 17 (in formation as of this writing) includes COBU, The Michael-David Band featuring Michael David Gordon, Kenya Wilson in an excerpt from a play by Alicia Foxworth, and songs by Justin Rodriguez and Natasha Velez.

The series was launched November 14, 2020 as part of “More Ways than Broadway’s,” a city-wide collection of safe and socially distanced pop-up performances to demonstrate small theaters’ readiness and desperate desire to physically reopen and to counteract the perception, based on formal Broadway, that legitimate theaters can’t reopen safely.  The performances were intended to demonstrate an Off-Off Broadway aesthetic that could allow smaller theaters to open safely at this time.

TNC pioneered walk-by theater in its 2020 Village Halloween Costume Ball October 31, when it reconfigured its set shop with lighting and sound to make it a venue for ten-minute plays.  The effort was named “Chopshop Theater.” Ten live performances were offered for revelers who might pass by on East Tenth Street (between 1st and 2nd Avenues). They watched through an open garage door and were separated from the performers by a waist-high, see-through traffic barricade.  Standing spaces for audience members were delineated six feet apart with chalked pumpkins on the sidewalk.  Onlookers were urged to move on between performances so that the crowd would not become too large, health-wise.

The shop was renamed “The Chopshop Theater” for this series.  It is outfitted with an elaborate set by Mark Marcante and Litza Colon, full stage lighting by Alexander Bartenieff and a four-mic sound system.

TNC requires all “Open ‘Tho Shut” performers to be tested before their appearances. Temperatures are taken as they arrive to perform.  Hand sanitizer is provided and microphones are sanitized between performances.  Masks are provided to any audience members who arrive without their own.  Emcees have a separate mic.

Previous editions of “Open ‘Tho Shut” are archived here: https://theaterforthenewcity.net/the-chopshop-theater/

Suzanna BowlingJune 6, 2022
Read More
Scroll for more
Tap
The Oxy Complex Tries Hard to Unpack Our Skin Hunger Dilemma Over One Sleepless Night of Searching for Connection
What to Watch in The New Year: April 7