The Actors Fund announced today that the unforgettable music of the Tony Award®-winning sensation Ragtime will once again be heard on Broadway in a one-night only benefit concert on Monday, April 27, 2020, at the Minskoff Theatre (200 West 45th St.). This celebratory benefit concert will star original cast members, with six-time Tony Award-winner Audra McDonald (“Sarah”) and two-time Tony Award-winner, Brian Stokes Mitchell (“Coalhouse Walker, Jr.”) scheduled to appear. Further casting will be announced and tickets will go on sale at a later date. All proceeds from this one-night only benefit concert will support The Actors Fund.

Based on the classic American novel by E.L. Doctorow, Ragtime has a score by Lynn Ahrens and Stephen Flaherty (Once on this Island, Anastasia, Seussical) and a book by Terrence McNally (Master Class, Love! Valour! Compassion!).

Weight Watchers Reimagined — introduces Tony Award winner Annaleigh Ashford as its new WW ambassador. As a long-time WW member, the acclaimed actress, singer and dancer – and natural brand evangelist – aims to inspire others by showing how, with WW, it is possible to live your best life and maintain healthy habits over time.

A lover of both food and wellness, and a long-time WW Studio member, Ashford will share her experiences and wellness tips through social and earned media — in the authentic, humorous voice her fans know and love — and talk about the new myWW program.

“I have been a member of WW for over 11 years. Time and time again, it’s the only thing that ever works for me,” says Ashford. “I can’t wait to share how integral WW has been on my wellness journey, with the hope to help others make 2020 their most magical year yet!”

Annaleigh Ashford is an award-winning actress, known for her leading roles on Broadway in shows like Kinky Boots, Wicked, Legally Blonde, and for her Tony Award winning performance in You Can’t Take It With You. She was most recently in Netflix’s Unbelievable and her upcoming roles include Bad Education with Hugh Jackman and Allison Janney and Ryan Murphy’s FX American Crime Story; Impeachment as Paula Jones alongside Sarah Paulson and Beanie Feldstein. She will also star opposite Jake Gyllenhaal in Sunday In The Park With George at The Savoy Theatre in London in 2020.

Your Kids, Our Kids (Seth Rudetsky and James Wesley, Founding Directors) proudly presents the 6th Annual VOICES FOR THE VOICELESS: Stars For Foster Kids, an event that brings together the very best performers from the American stage and screen to raise awareness about the plight of kids in foster care, particularly those aged 13 and older who are in danger of aging out of the foster care system alone. Combining celebrity, music, and everyday people sharing their incredible stories, VOICES FOR THE VOICELESS: Stars for Foster Kids directly benefits You Gotta Believe, a New York nonprofit specializing in finding permanent families for older kids in foster care. Hosted by Sirius XM Radio host (and Your Kids, Our Kids co-founder) Seth Rudetsky (Disaster!) and James Wesley (Concert for America), this year’s concert line-up will include Tony Nominee Jenn Colella (Come From Away), Emmy and Tony Award Winner Laurie Metcalf (“The Conners,” “The Big Bang Theory”) and Tony Award Winners Kelli O’Hara (The King & I, Kiss Me  Kate) and Brian Stokes Mitchell (Ragtime, Kiss Me Kate), Tony NomineeMegan Hilty (“Smash,” Wicked), Emmy Award Winner Judy Gold (“Kill Me Now” podcast) and more to be announced.  VOICES FOR THE VOICELESS: Stars For Foster Kids will take place at The Town Hall (123 West 43rd Street, NYC) on Thursday, February 6th at 7pm.

Each evening will be hosted by a Rattlestick alumni artist including actor Keith Randolph Smith on January 6, playwright Lucy Thurber on January 13, director Jackson Gay on January 20, and actor Andrew Polk on January 27. Additional participants include actors Anne O’Sullivan and Sara Koviak on January 6 and Zachary Quinto and Marin Ireland on January 13.

Throughout the year, Rattlestick produces “Jams” (AlumniJam, TheaterJam, DirectorJam) as a way of bringing artists and audiences together to throw ideas up and out there and see what sticks.  These Jams are informal, communal, and festive, meeting places where artists and audiences are in it together.

“As we celebrate our 25th anniversary, we want to take a thoughtful moment to communally reflect on the range of work that has been produced by Rattlestick over the past 25 years,” said Artistic Director Daniella Topol. “So on Mondays in January, we’re creating a space where our alumni playwrights can share excerpts of their previous plays at Rattlestick which will give us an opportunity to reflect on how the years have changed how the work is shared and how it is heard. We will also give space for the writers to share new works and reflect on how their approach to making work has transformed over time.”

Rattlestick’s 25th Anniversary AlumniJam is an opportunity to gather in an intimate setting, to experience explosive work, to meet and converse with creators, to taste delicious jam (with crackers), and to continue building the Rattlestick community at 25 years strong.

The 25th AnniversaryAlumniJam will take place every Monday in January at 7pm at Rattlestick Playwrights Theater (224 Waverly Place, New York, NY 10014). Tickets⁠—priced $25 or $90 for all four events—can be purchased by visitingrattlestick.org or by calling 212-627-2556. Standard ticketing fees apply to all orders. 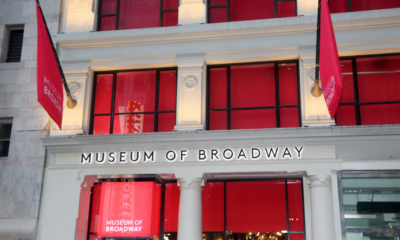 The Museum of Broadway Opening night: The Red Carpet 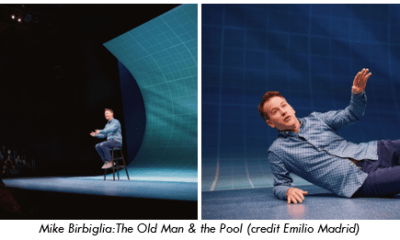 Mike Birbiglia: The Old Man and the Pool Makes Us Laugh At Our Demise 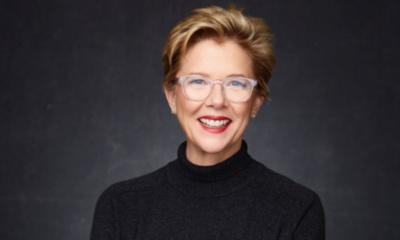