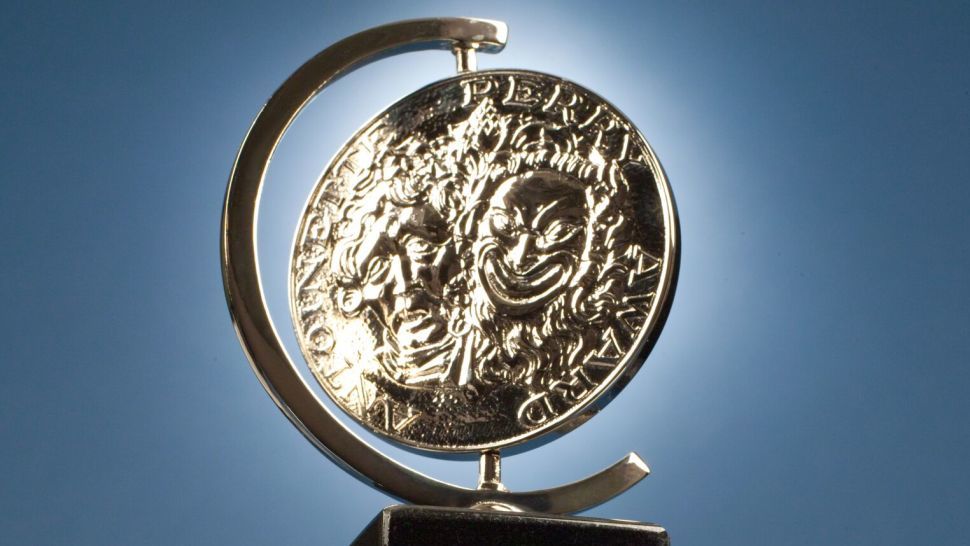 Don’t forget the interview with Renee Taylor for the Lambs on May 27th at 7:15pm. Here’s the link to register in advance.

Ana Villafañe, star of On Your Feet! recently hosted a special virtual dance rehearsal with a young performer and fan from The Bronx, who has been working on a dance routine to Gloria Estefan’s “Get On Your Feet.” It resulted in some incredibly touching moments as Ana shared words of encouragement with the young woman, named Jahliely, and shared experiences of struggle and self-doubt as a performer overcoming obstacles.

The rehearsal was another installment of the virtual talent show rehearsals by The Garden of Dreams Foundation. The Foundation hosts an annual talent show at Radio City Music Hall for 100 incredibly talented kids who come from partner organizations like Make a Wish, Dept. of Homeless Services, etc. and have faced unimaginable obstacles ranging from chronic illness to homelessness and poverty. Because this year’s Talent Show had been postponed for now, Radio City Music Hall has been finding ways to keep the kids engaged and uplifted with virtual rehearsals like this one with industry mentors who the kids admire and look up to.

Jahliely was one of this year’s talent show performers, and has faced a number of health struggles in her young life in addition to cyber bullying. Having the chance to perform for someone like Ana was the opportunity of a lifetime.

Broadway On Demand, the newly launched streaming platform for theater devotees, with support from the Co-Producers of the Tony Awards: the American Theatre Wing and The Broadway League, is proud to announce that it will host a specially created, never-before-seen event in celebration of the Broadway community, the Tony Awards®, and the global impact that Broadway has as a cultural touchstone around the world on Sunday, June 7 at 6:00 PM ET exclusively on TonyAwards.com and BroadwayOnDemand.com.

The one-hour event will bring the entire theatrical community together on what is still the industry’s biggest night. The evening will be Directed by Tony Award nominee Lonny Price and written by Tony nominee Karey Kirkpatrick, Steve Rosen, David Rossmer, Kate Wetherhead and Lauren Yee. Musical Direction & Supervision is by Grammy Award® winner Jason Howland with Choreography by Sarah O’Gleby.

The entire evening will serve as a fundraiser for both the American Theatre Wing and The Broadway League, with support for The American Theatre Wing’s Education and Professional Development initiatives that provide crucial programming for theatre’s next generation of artists, creatives, and arts administrators and The Broadway League Foundation’s efforts to train young artists around the country and introduce them to careers in theatre.

Broadway.com, the theater world’s premier content provider, will pay tribute to the Tony Awards® with a special benefit, “Show of Shows: Broadway.com Salutes the Tonys,” on Sunday, June 7 at 7:00 PM ET. The free online event will air on the same night that the now-postponed 2020 Tony Awards were originally scheduled to be held.

“Show of Shows: Broadway.com Salutes the Tonys” will benefit the two theatrical organizations that co-present the Tony Awards: The American Theatre Wing and The Broadway League.

“Show of Shows” will support The American Theatre Wing’s Education and Professional Development initiatives that provide crucial programming for theatre’s next generation of artists, creatives, and arts administrators; and The Broadway League Foundation’s efforts to train young artists around the country and introduce them to careers in theatre.

Broadway.com has produced numerous online charity events in recent months, including the acclaimed “Take Me to the World: A Sondheim 90th Birthday Celebration” for ASTEP, benefit readings of Michael Urie in Buyer & Cellar and Terrence McNally’s Lips Together, Teeth Apart for the Broadway Cares COVID-19 Emergency Assistance Fund, and the return of “The Rosie O’Donnell Show,” which raised over $700K for The Actors Fund.

The Herb Alpert Foundation and the California Institute of the Arts (CalArts) have awarded the 2020 Herb Alpert Award in the Arts (HAAIA) to five exceptional mid–career artists. Now in its 26th year, the annual award provides five unrestricted $75,000 grants to independent artists working in the fields of dance, film/video, music, theatre and visual arts. The recipients will be honored at a virtual ceremony hosted by Herb Alpert, his wife Lani Hall Alpert and the Herb Alpert Foundation.

The Dance panel has selected choreographer Karen Sherman for her genuine, transparent, vulnerable work and the ways she summons the real into existence. They value her sensitivity in grappling with issues of power and belonging, and how she poetically and wittily brings forth the unseen, taking risks to create a necessary theatre for this time.”

The Film/Video panel honors artist and filmmaker Sky Hopinka for his remarkable approach to storytelling, at once personal and mythic; for his ability to join the aesthetic and the political, and to engage with questions of ecology and dispossession. They were moved by his visual aesthetic that refuses to objectify people or land, and grounds characters and stories with feeling and soul.”

The Music panel celebrates trumpeter, composer, producer Christian Scott aTunde Adjuah for his originality and artistry, for the inventive ways he decolonizes sound and uses the past to move us forward. His immersive and compelling music makes magic, stretches conventions, has a powerful, visceral impact on listeners, and builds bridges and community.”

Theatre-maker Phil Soltanoff was chosen by the Theatre panel for his phenomenally, seriously playful and rich imagination, for the masterful ways he conveys story through silence and physicality, as well as for the beauty, elegance, and timelessness of his innovations. They are relieved that he – “the Real Deal with experimentation in his DNA” – is taking his gifts to the next generation throughout America.”

Artist Firelei Baéz was named the Visual Arts prizewinner for the fearless, subversive beauty of her expansive, color-saturated, highly patterned and ornamented paintings, for the immersive and layered visual and kinesthetic experience of her ambitious room-sized and public installations, which both subtly and rigorously interrogate history, transporting us to a powerful future that embodies an alternate past.”

A moving music video for the song “We Are Not Strangers,” with a prescient and timely message for a nation separated by quarantine, is performed by Heather Christian and features several of the album’s performers participating from home.

The Liz Swados Project celebrates the Swados legacy with songs from 10 of her works for the stage sung by some of the most influential performers and composers in theater today. In the words of the late Michael Friedman, who studied under Swados, “Liz is in the DNA of my work.” You can hear her influence in the work of this new generation of theatrical music makers, all of whom honor her with their recordings of her songs. Each artist performs a selection in their unique style, ranging from Vaudeville-tinged chamber pop, contemporary blues, and haunting art songs, to raw indie rock, spare classical ballads and sweeping middle Eastern-inspired choral pieces.