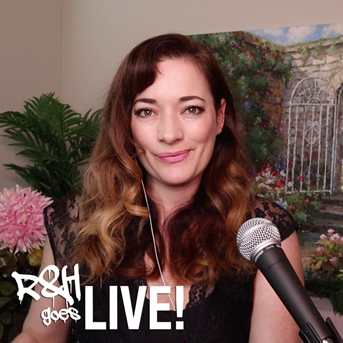 BroadwayHD, the premiere streaming service for theater fans, is bringing special viewings of fan favorite productions from New York’s Live from Lincoln Center and Roundabout Theatre to viewers at home.

BroadwayHD is partnering with Live from Lincoln Center to bringing Dominique Morisseau’s critically acclaimed play, Pipeline, to theater lovers and fans of the playwright, so they can enjoy it at home for free. Tune into Live from Lincoln Center on Friday, May 15th at 5:30pm ET to catch a special viewing of the digital capture, which was originally staged at Lincoln Center Theater in 2017. Additionally, BroadwayHD is giving theater fans the opportunity to watch Pipeline for free on the streaming service for limited time from May 15-22.

Pipeline is an intimate play about the story of a mother’s hopes for her son and their clash with an educational system rigged against him. The story follows Nya Joseph (Karen Pittman), a dedicated, inner-city public high school teacher, who is committed to her students’ achievement, while she sends her only son, Omari (Namir Smallwood), to a private boarding school. When Omari is involved in a controversial incident which threatens him with expulsion from his school, Nya is forced to reconcile Omari’s rage, her own parental decisions, and the public and private school systems, as she rallies to save her son.

Additionally, BroadwayHD has curated a special playlist on the streaming service of performances from the Roundabout Theatre. Starting this week, viewers at home can watch digital captures of the musical Holiday Inn, the sharply funny and honest play If I Forget, On The Exhale, a play by Martín Zimmerman and the musical She Loves Me.

You can find more information on the viewings at  LincolnCenter.org or at Broadwayhd.com.

For the past 10 years, The Public has been presenting Richard Nelson’s minimalist epic, The Rhinebeck Panorama, which includes The Apple FamilyPlays, The Gabriels, and The Michaels. Now, in the midst of our unsettled world, The Apple Family, last seen in 2013, return, though not over the dinner table, but via Zoom. This hour-long play picks up with them during their now suspended and quarantined lives. They talk about grocery shopping, friends lost, new ventures on a hoped-for horizon—all at a time when human conversation (and theater) may be more needed than ever before.

New York, New York: The city that never sleeps is a city that listens to Spotify a lot. Now, New Yorkers can access music and podcasts tailored for them 24/7—all in one convenient hub on Spotify. Named Listen Local: New York, this new hub includes music that celebrates New York’s unique culture and podcasts that give residents the information they seek.

From CBGB to Lincoln Center to Broadway, New York City’s long standing relationship to music is like no other. Curated playlists on the hub will share songs recorded in iconic venues and by iconic New Yorkers. The hub will bring the city’s diverse music history to life, allowing users to explore the sounds of the Metropolitan Opera one minute and recordings from the Apollo Theatre the next.

If there’s one thing that’s true of New Yorkers, it’s their city pride and—more specifically—borough love. This hub includes playlists for each of the five boroughs, based on the distinct listening habits of the Spotify users living there. But it’s also available globally, so whether you’re based in New Jersey or New Zealand, you can experience the same music that’s trending in Manhattan, Brooklyn, The Bronx, Staten Island, and Queens.

Aside from music, the hub will be home to news and culture podcasts that keep New Yorkers in the know. News junkies can catch up on local stories and foodies can hear about the latest trends that have made it from NYC kitchens into people’s homes.

Listen Local: New York is now live and will be regularly updated with new playlist curations and recommendations. Whether you’re interested in the Jazz at Lincoln Center Orchestra or music that’s Uniquely The Bronx, you can find it faster than a New York minute on the hub.

New York, NY – Lia Vollack Productions and The Michael Jackson Estate announced today that, due to the Broadway shutdown, dates have been rescheduled for the upcoming World Premiere of MJ the new musical on Broadway. Preview performances are now set to begin on Monday, March 8, 2021, with Opening Night scheduled for Thursday, April 15, at 6:30 p.m., at the Neil Simon Theatre, New York City.  (MJ was previously set to begin performances on Monday, July 6th).

Anyone who purchased tickets to the previous dates will receive an automatic refund back to the credit card used for the original purchase. No further action is required.  Anyone who doesn’t receive a refund by May 30, please contact your point of purchase to request a refund.

Starring Ephraim Sykes, the Tony® and Grammy Award® nominee who has been cast as Michael Jackson, MJ will feature a book by two-time Pulitzer Prize® winnerLynn Nottage and a score made up of some of the best-loved, top-selling, and most iconic songs in recording history. Tony Award winner Christopher Wheeldon will direct and choreograph.

RossDecember 29, 2021
Read More
Scroll for more
Tap
Different ways to increase views on your YouTube video
Will The US Follow Japan’s Slots Obsession?