Tony Award winner Adrienne Warren will star in the Broadway American premiere of Room, written and adapted for the stage by Emma Donoghue, based on her 2010 best-selling novel which was adapted into the award-winning 2015 film.

The production will feature songs and music by Scottish songwriters Kathryn Joseph and Cora Bissett and will be directed by Bissett. Room, will start previews beginning April 3rd and open Monday, April 17th at the James Earl Jones Theatre. The limited engagement will run through September 17. Additional casting will be announced in coming weeks.

Lincoln Center Theater (under the direction of André Bishop) has announced that Dakin Matthews (as Merlyn/Pellinore), Taylor Trensch (as Mordred), Marilee Talkington (as Morgan Le Fey), Anthony Michael Lopez (as Sir Dinadan), Fergie Philippe (as Sir Sagramore), and Danny Wolohan (as Sir Lionel) will join Andrew Burnap (as Arthur), Phillipa Soo (as Guenevere), and Jordan Donica (as Lancelot Du Lac) in its new production of Lerner & Loewe’s Camelot, a fresh take on the classic tale.  Featuring a book by Academy and Emmy Award winning writer Aaron Sorkin, based on the original book by Alan Jay Lerner, and direction by Tony Award winner Bartlett Sher, Lerner & Loewe’s Camelot is scheduled to begin performances on Thursday, March 9, 2023, and open on Thursday, April 13, 2023, at the Vivian Beaumont Theater (150 West 65 Street).

Based on “The Once and Future King” by T.H. White, Camelot, Lerner and Loewe’s 1960 follow up to My Fair Lady, is a story about the quest for democracy, the striving for justice, and the tragic struggles between passion and aspiration, between lovers and kingdoms. This epic and timely tale features the iconic characters King Arthur, Queen Guenevere, and Sir Lancelot as well as the beloved original score with lyrics by Alan Jay Lerner and music by Frederick Loewe which includes “If Ever I Would Leave You,” “The Lusty Month of May” and the title song “Camelot.”

Tickets to Lerner & Loewe’s Camelot priced from $39 to $189, are currently available at the Lincoln Center Theater box office, at telecharge.com, or by visiting www.CamelotBway.com.  A limited number of tickets priced at $32 are available at every performance through LincTix, LCT’s program for 21 to 35-year-olds.  For information and to enroll, visit LincTix.org. 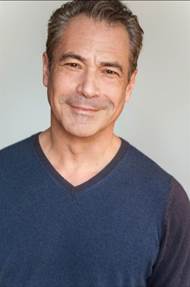 Gary Perez is one of the founders of the acclaimed LAByrinth Theater Company. He’s worked at Steppenwolf, Yale Rep, 2nd Stage, The McCarter, La Jolla Playhouse, Berkeley Rep, and The Public Theater. Gary was nominated for a JEFF Award for Motherf***er with the Hat, directed by Anna D. Shapiro. TV credits include the upcoming “Fatal Attraction” series, “13 Reasons Why,” “Law & Order,” “Chicago PD,” “The Resident,” “City on a Hill,” “The Blacklist,” “Law & Order SVU,” “Homeland,” “Blue Bloods,” “The Last Ship,” “Oz,” “The Sopranos,” and “When They See Us,” directed by Ava DuVernay.

City Hall is demanding more than his signature, the landlord wants him out, the liquor store is closed – and the Church won’t leave him alone. For ex-cop and recent widower Walter “Pops” Washington (Henderson) and his recently paroled son Junior (Common), the struggle to hold on to one of the last great rent stabilized apartments on Riverside Drive collides with old wounds, sketchy new houseguests and a final ultimatum in this Pulitzer Prize-winning dark comedy from Stephen Adly Guirgis. For Pops and Junior, it seems the Old Days are dead and gone – after a lifetime living Between Riverside and Crazy.

AMAS Theatre in association with Hip Hop Musicals.com at the New Victory Theatre February 10 – 26 presents Hip Hop Cinderella. The galaxy has lost its groove, and so has Cinderella! Growing up on Planet Centra, she felt as limitless as the stars, but now her jealous stepmother and two selfish stepsisters have her questioning her potential. Will the Prince’s Galactic Hip Hop Ball help Cinderella to trust in the power of her voice? With dazzling lyrics, pitch perfect characters and a sassy robot sidekick, Hip Hop Cinderella teleports the timeless classic across the cosmos and reminds us to reach for the farthest moon.