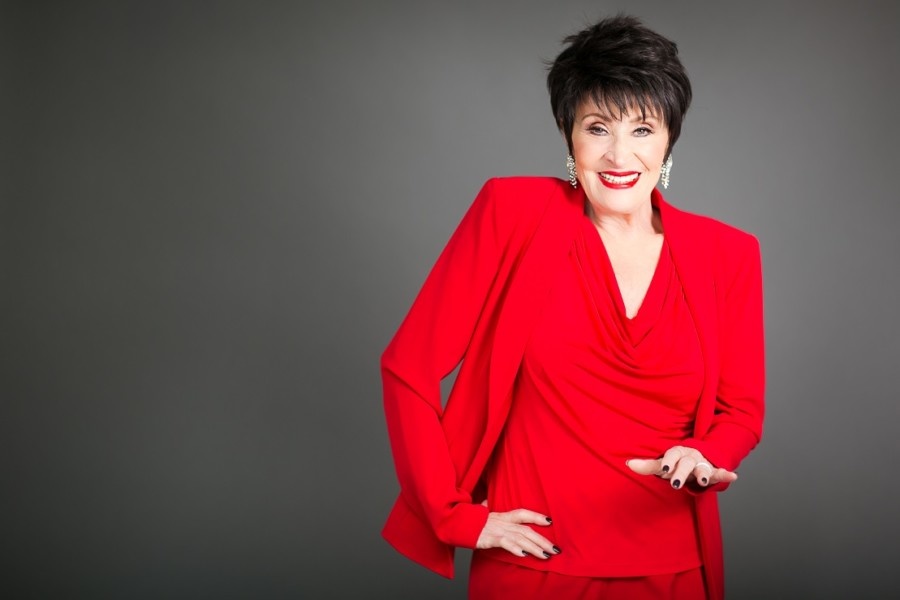 The evening will celebrate Ms. Rivera’s contribution to the theater and include the presentation of The Jason Robards Award for Excellence in Theatre, named after the late Jason Robards for his longstanding relationship with Roundabout and memorable body of stage work. It is given to those who have made an indelible impact on both theatre and Roundabout.

The evening will also feature dinner, a live auction and special concert performance with a musical artist to be announced soon.

Andrew Lloyd Webber delivered the keynote address at 5th Annual TheaterMakers Summit, this weekend.
The TheaterMakers Summit is the destination for all theatermakers. This two-day event aims to unite aspiring writers, producers, directors, actors, and other theatre professionals and fans alike with industry leaders to learn about and discuss the business of Broadway. The weekend will offer a series of panels and presentations on topics including Advancing Equity for BIPOC TheaterMakers Onstage And Off; The Non-Negotiable Must-Knows on Access & Inclusion in Theater; Level Up Your Social Media For You And Your Show; Why Broadway Investors Invest; The Next Gen of Broadway Producers; Musical Theater TikTok; Getting Your Show Produced on the Best Unconventional Platforms; Artistic Directors Tell You What They’re Looking For In Your Show; Designing Broadway, Off-Broadway, Virtual Theater; How You Get Tony Award-winning Lead Producers To Produce Your Show; and many more were discussed. In attendance were : Sierra Boggess, Alex Brightman, Stephen Byrd, Jenn Colella,  Andrew Lippa, Jerry Mitchell, Eva Noblezada, Ryan Scott Oliver, Clint Ramos, Daryl Roth and many more

Open Circle Play Factory, under the Artistic Direction of Mac McCarty announced it will present a limited engagement Off-Broadway run of The Lanford Wilson Project, its inaugural endeavor aimed at making vital the works of Lanford Wilson for a new audience and rekindling the spirit of ensemble acting for which he wrote. Wilson was one of the founders of the Circle Repertory Company, and a Pulitzer Prize winner – and developed his work within the historic context of the Off-Off Broadway theatre movement. The Lanford Wilson Project is a continuation of that legacy and features The Mound Builders and Sympathetic Magic, both directed by Mr. McCarty and performed in repertory over a four-week run Tuesday, November 23rd – Saturday, December 18th at Theater Five, Theater Row.

Past secrets and present ambition lead to tragic ends in The Mound Builders: Disunion, Part 1 of The Lanford Wilson Project. It is a mystery set around an archeological dig in Southern Illinois and is filled with characters both funny and exasperating. It looks at themes of ambition, privilege versus aspiration, the dangers of patriarchy, the repression of women, and the tragic results that occur when these issues collide in acts of hubris. The cast of The Mound Builders: Disunion features Carson Alexander, Angela Atwood, Steve Carlsen, Kelsey Claire, Stella Marcus, Tamra Paselk, and Jeffrey C. Wolf.

The turmoil of the cosmos is mirrored in the human condition in Sympathetic Magic: Coming Together – Part 2 of The Lanford Wilson Project. It follows a group of intense and clever San Franciscans — artists, scientists, spiritual searchers and lost souls — who continue to struggle with the themes of Part 1. While dealing with artistic failure and scientific uncertainty in the midst of a pandemic, they endeavor in their fierce and lively way to overcome the tragedies of the past and rise up. The cast of Sympathetic Magic: Coming Together features Matthew Bechtold, Taylor Lynn Carter, Pethio Dav, Katherine King, Mitch Lerner, Phil Rafferty, Alexander Spears, and Athena Torres.

The York Theatre Company (James Morgan, Producing Artistic Director; Evans Haile, Executive Director), dedicated to the development of new musicals and rediscovery of musical gems from the past, presents the world premiere of Cheek to Cheek: Irving Berlin in Hollywood, a song and dance celebration featuring the music and lyrics of the legendary Irving Berlin. It is The York’s first mainstage production since the pandemic began in March, 2020 and the flood which forced them from their home of 30 years at St. Peter’s Theater in January 2021, and is produced in association with Riki Kane Larimer.

Cheek to Cheek: Irving Berlin in Hollywood is an all-singing, all-dancing celebration of the most famous songs that the legendary Irving Berlin composed for the silver screen. Mr. Berlin understood the impact dance had on the public and his melodies, rhythms, and lyrics reflected his love of that art form. Six spectacular performers will showcase these magnificent songs and will also tell the stories behind the man who made the music that made the movies dance. Four-time Tony nominee Randy Skinner directs and choreographs an evening featuring an array of classic Berlin tunes from such classic films as Top Hat, Alexander’s Ragtime Band, Holiday Inn, Easter Parade, White Christmas, and many more! Cheek to Cheek: Irving Berlin in Hollywood is presented through special arrangement with Concord Theatricals and the Irving Berlin Estate, and is made possible by the New York State Council on the Arts with the support of Governor Kathy Hochul and the New York State Legislature

Suzanna BowlingJanuary 26, 2023
Read More
Scroll for more
Tap
Morning Sun Or Between Life and Death
The Deep Poetic Thoughts of a Colored Man on Broadway