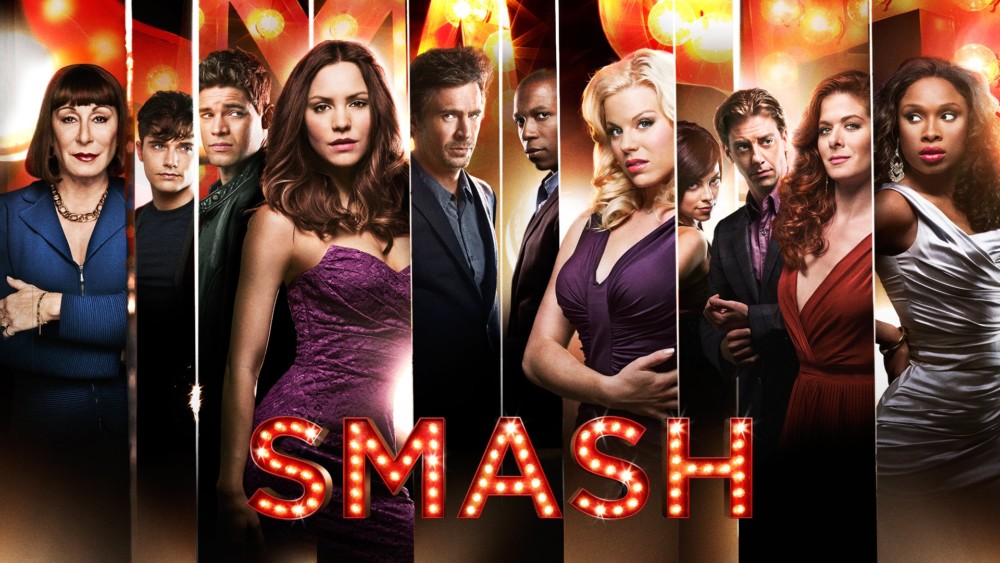 Smash, A New Musical, is setting its sights on Broadway with a creative dream team, it was announced today by Steven Spielberg, Robert Greenblatt and Neil Meron who will serve as lead producers. They are developing a live stage adaptation inspired by the groundbreaking NBC series of the same name on which they all worked together.

The Tony and Grammy-winning duo of Marc Shaiman and Scott Wittman, who wrote over two dozen songs for the television show will provide the score. The musical’s book will be co-written by two of Broadway’s most seasoned craftsmen, Tony winner Bob Martin (The Prom, The Drowsy Chaperone) and Tony-nominated Rick Elice (Jersey Boys, Peter and the Starcatcher). “Smash’s” Emmy-winning choreographer Joshua Bergasse will reprise his role for the stage musical.

“I am personally thrilled to be a part of this musical and its road to Broadway,” said Steven Spielberg whose original idea led to the NBC series. “’Smash’ is near and dear to my heart, and it seems fitting that a new musical inspired by what we did on the show would eventually come to the stage. I’m beyond thrilled to be working with this incredible creative team and my producing partners, who began the ‘Smash’ journey with me over ten years ago.”

Interestingly most of this same crew is also onboard for the musical of “Some Like it Hot”. They must have an intense obsession with Marilyn Monroe to conceivably bring two shows in the same season to Broadway.

Captured live on 14 high-definition cameras at Roundabout’s Studio 54, Holiday Inn will be available for free worldwide on BroadwayHD.com in celebration of Irving Berlin’s birthday by visiting THIS LINK. Holiday Inn will be available to stream for free for 48 hours following the live viewing party. While the film is free for everyone to enjoy, those participating in the live viewing party are encouraged to support industry professionals impacted by the COVID-19 pandemic by making a tax-deductible donation to The Actors Fund, by visiting THIS LINK.

Prior to the live viewing party, viewers are encouraged to get into the holiday spirit by watching clips from the Roundabout Theatre Company production and listening to the original Broadway cast recording of Irving Berlin’s Holiday Inn on Spotify.  Click HERE to download photos & tune-in graphic (photo credit: Joan Marcus).

Bassett chose the book because it shows how the talent and perseverance of even one person can affect an entire community—and she hopes young readers will be inspired to visit New Orleans one day, if they haven’t already.

To watch Trombone Shorty and all of the Storyline Online® videos, visit storylineonline.net.

The 2020 Tony Awards, originally set for June 7, have been replaced by Grease Live! Broadway.com will right that wrong by paying tribute to the annual TV event with a special event on the same night. Show of Shows: Broadway.com Salutes the Tonys, a benefit for both the American Theatre Wing and the Broadway League, will air on Sunday, June 7 at 7PM ET on Broadway.com and the Broadway.com YouTube channel.