Theatre News: Some Like it Hot, Witness Uganda, Penelope, or How The Odyssey Was Really Written, Songs About Trains, The Broadway Advocacy Coalition, Betty Buckley and The Patsy,

Theatre News: Some Like it Hot, Witness Uganda, Penelope, or How The Odyssey Was Really Written, Songs About Trains, The Broadway Advocacy Coalition, Betty Buckley and The Patsy,

Some Like It Hot is a brand-new Broadway musical comedy, features a book by Matthew López & Amber Ruffin, music by Marc Shaiman, lyrics by Scott Wittman and Marc Shaiman and direction and choreography by Casey Nicholaw.  The musical is based on the classic MGM Oscar-winning film Some Like It Hot.

This bi-racial musical is not related to the 1972 musical Sugar, that was also  based on the film. Some Like It Hot will make its Broadway debut in the Fall 2022 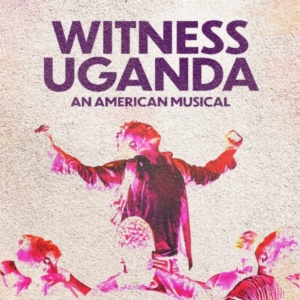 Sony Masterworks Broadway today releases the official music video for “Be The Light” from the Studio Cast Recording of Witness Uganda (An American Musical). The emotionally-charged ballad features vocals by GRAMMY Award-winning R&B songstress Ledisi alongside Griffin Matthews, Emma Hunton, and the Witness Uganda ensemble to create vocal fireworks that are both vulnerable yet fiercely resilient – watch the video here.

Of the song and video, Matt Gould says: “Witness Uganda is about a group of outsiders who come together to forge a place in which they belong. So, as we started to conceptualize the ‘Be The Light’ video, we wanted to not only highlight the literal story of Witness Uganda, but also to zoom out and try to capture stories of other queer artists in their search for belonging. ‘Be The Light’ is meant to be an aspirational ‘prayer’ that one day our houses of worship and communities might be as welcoming to all people as their scriptures profess. Our goal with this video was to capture that hope that someday we might all be welcomed into the places that have shunned us; that one day we might all feel like we are enough.”

Available everywhere now, Witness Uganda is an album of music from the powerful musical envisioned by the creative duo of Matt Gould and Griffin Matthews. It features 24 songs from the show, as performed by Matthews and a star-studded cast including multihyphenate superstar Cynthia Erivo, GRAMMY-winning recording artist Ledisi, and stage-and-screen stars Nicolette Robinson, Emma Hunton and Kristolyn Lloyd, among others.

Featuring a book and score by Griffin Matthews and Matt Gould, and inspired by true events, Witness Uganda documents Griffin’s journey on a volunteer mission to Uganda, during which he builds an unlikely bond with a ragtag group of teenage students. When home doesn’t feel like home, and any family connections must be forged, Griffin and the students discover community where they least expect it.

The album was initially introduced with lead single, “Bricks,” a high-energy ensemble number featuring a resounding chorus and propulsive African rhythms – watch the song visualizer here. Released alongside a stirring music video, follow-up single, “Fall,” features as a duet between Griffin Matthews and Emma Hunton, as they both share their profound personal stories regarding race and body image, and the painful scars that have inevitably developed along the way. Ultimately, the album mirrors the storytelling at the heart of the unabashedly political musical – both funny at times and painfully raw at others, Witness Uganda (An American Musical) brings audiences together and breaks down barriers.

The album marks a full circle moment for the married co-creators, both of whom made separate long-term sojourns to different countries in Africa. During his first trip to Uganda as part of an aid trip, Matthews was inspired to launch UgandaProject, which opens up educational opportunities for Ugandan students. To date, the musical has raised hundreds of thousands of dollars to support UgandaProject. Matthews has starred on stage and across film and television with credits including The Flight Attendant, Dear White People, Ballers, Law & Order: SVU, and more. Meanwhile, Gould has garnered the Richard Rodgers Award twice, The Jonathan Larson Award, and ASCAP’s Dean Kay, Harold Adamson, and Richard Rodgers Awards. 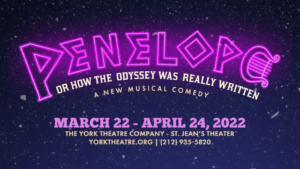 York Theatre Company full casting for its upcoming Off-Broadway world premiere of Penelope, or How The Odyssey Was Really Written, is set to begin performances March 22 ahead of a March 31 opening night at The Theater at St. Jean’s. The shows limited run is scheduled through April 24.

The musical, with a book and lyrics by Tony nominee Peter Kellogg (Anna Karenina) and music by Stephen Weiner (The Rivals), recasts The Odyssey as letters Odysseus’ wife Penelope writes to herself and pretends are from Odysseus while he’s away fighting the Trojan War. 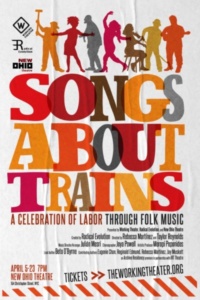 Working Theater, Radical Evolution, and New Ohio Theatre are proud to present the world premiere of Songs About Trains, a musical exploration of the many cultural communities that built the U.S. rail system. This theatrical concert dives headfirst into conversations on immigration, labor, and Manifest Destiny. Created by a multicultural cohort of artists, Songs About Trains questions the complexity of progress while celebrating the diverse communities instrumental in creating the United States as we know it today. The production runs April 5 – 23, 2022 at New Ohio Theatre with an opening set for April 10.

Through a collection of 21 folk songs from various cultures and imagined letters from those whose stories have been lost to history, Songs About Trains highlights how this pivotal moment in U.S. history helped forge a global superpower, generated unbelievable wealth to a select few, and did so at the expense of thousands of lives, all while inspiring one of the deepest canons of music ever made in this country. This theatrical concert questions the complexity of progress while celebrating the Chinese immigrant, Irish immigrant, Mexican American, African American, Appalachian, and Navajo communities instrumental in creating the United States as we know it today. 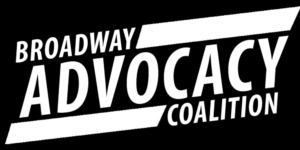 The Broadway Advocacy Coalition (BAC) has kicked off the new year with recognition from the National Endowment of the Arts (NEA) and The International Academy of Digital Arts & Sciences (IADAS).

BAC was recently approved to receive an American Rescue Plan grant from the NEA to support the arts and cultural sector recovery from the pandemic. BAC will receive $150,000 to fund their ongoing operations and broaden the reach of the organization’s vital work.

BAC has also been selected as a winner in the inaugural Anthem Awards in the Diversity, Equity & Inclusion – Best Local Community Engagement category for their #BWayforBLM forum held in the summer of 2020. Presented by The Webby Awards, the Anthem Awards celebrate the purpose and mission-driven work of individuals, companies, and organizations worldwide.

“We are honored to be recognized alongside so many other incredible organizations by both of these institutions,” said Executive Director Robb Nanus. “It’s fuel for our team as we continue to push towards a more equitable industry and society alongside these other boundary-pushing leaders.”

“Our nation’s arts sector has been among the hardest hit by the COVID-19 pandemic. The National Endowment for the Arts’ American Rescue Plan funding will help arts organizations, such as Broadway Advocacy Coalition, rebuild and reopen,” said Dr. Maria Rosario Jackson, chair of the NEA. “The arts are crucial in helping America’s communities heal, unite, and inspire, as well as essential to our nation’s economic recovery.”

“We are so proud of what we are building at The Anthem Awards and are humbled by the positive response and extraordinary support from global brands and national organizations to artists, creators and local individuals making an impact in their community,” said Jessica Lauretti, Managing Director, The Anthem Awards. “It’s been incredibly inspiring to see so many interesting and innovative projects from around the world.  It is our distinct honor to showcase and highlight this work and recognize its impact across industry and issue areas.”

For more information on the Broadway Advocacy Coalition, visit www.bwayadvocacycoalition.org

Suzanna BowlingNovember 29, 2022
Read More
Scroll for more
Tap
Little Girl Blue The Nina Simone Musical Is About To Begin Its Run
Meet Mia Pinero A Star On The Rise