Theatre News: The Drama Desk Awards, Public Theatre, the [title of show] show and Songs for Our City, a Songwriting Challenge 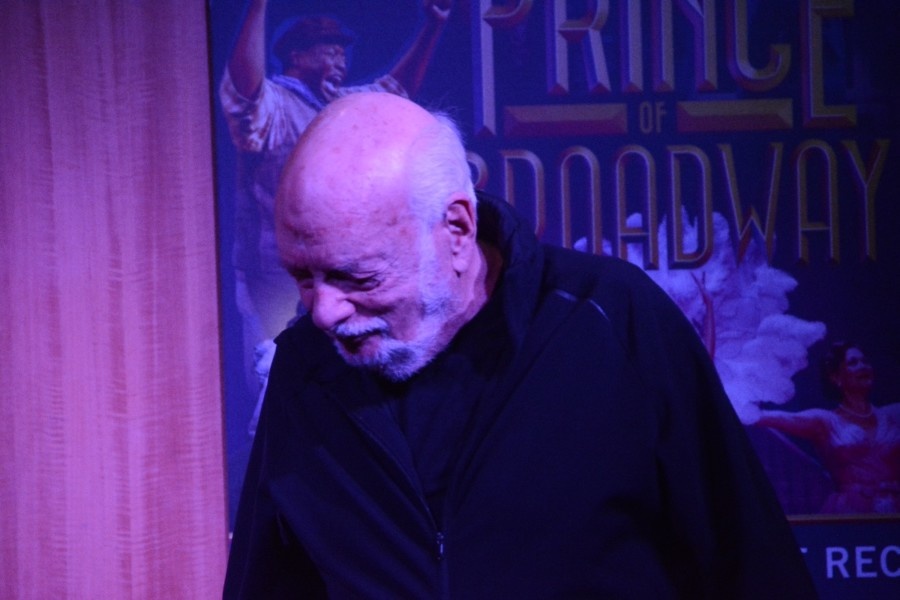 Theatre News: The Drama Desk Awards, Public Theatre, the [title of show] show and Songs for Our City, a Songwriting Challenge

The Drama Desk Board voted to institute a new award recognizing individual achievement over the course of a substantial career in New York City theater. The hope was that this award, which will be determined annually by the Board, would go in its first year to director/producer/writer Harold S. Prince, who died on July 31, 2019.

The plans for this new award were delayed due to New York City’s lockdown. The Board has announced that Mr. Prince – not only an innovator in American musical theater but also a mentor to an untold number of younger artists and theater-business professionals – is the first recipient, and that this honor will be presented to his family as part of the Drama Desk Awards celebration on May 31st.

Further, the Board is announcing that this annual accolade for outstanding contributions over a lifetime will be called the Drama Desk Harold Prince Award. Although this first presentation is to a person no longer living, the Board’s aim is to honor pivotal figures in the theater while they are still alive.

The 65th Annual Drama Desk Awards will be announced during a special presentation of Spectrum News NY1’s On Stage on Sunday, May 31, at 7:30 pm. The awards special also will stream on NY1.com and DramaDeskAwards.com. Additional details will be forthcoming.

RSVP for free to WE ARE ONE PUBLIC, a one night only virtual event on June 1st, to support The Public Theater, and you’ll be automatically entered into a raffle to win a $100 Seamless eGift Card. Seamless – how New York still eats. At 7:15PM Cocktail Reception**, 8PM Performance, Post-performance Dance Party with a dress code that demands virtually stunning. Streaming on The Public’s website, YouTube, and Facebook.

*To enter the Seamless $100 eGift Card Raffle, between May 1, 2020 at 12PM EST and June 5, 2020 at 7:59PM EST, RSVP or donate to WE ARE ONE PUBLIC. All RSVPs and donations are automatically entered into the Raffle. No purchase, payment or donation is necessary to enter the Raffle. Making a donation will not increase your chances of winning. Only one (1) entry per person, household and email address permitted. The raffle is open to U.S. residents 21 yrs of age or older. For complete rules visit our Terms and Conditions. **Please note, invitations to pre-show cocktail reception rooms are based on giving level.

Vineyard Theatre Artistic Directors Douglas Aibel and Sarah Stern announce that the show – the [title of show] show Vineyard Theatre Virtual Variety Show show! – must go on! With the initial goal of raising $100,000 by May 15, The Campaign For Right Now was established to help fund The Vineyard’s commitment to paying artist and staff salaries and health benefits during this closure, while continuing to create and develop  new work with its artists and students in online rehearsal rooms.

Thanks to the generosity of nearly 500 individual donors and “tossers,” the[title of show] team, Hunter Bell, Susan Blackwell, Heidi Blickenstaff, and Jeff Bowen, will host the [title of show] show Vineyard Theatre Virtual Variety Show show! on Saturday, May 30 at 8:00 pm ET. The show is directed by Michael Berresse with musical direction by Larry Pressgrove and edited by Matt Vogel.

In the spirit of a classic variety show, the [title of show] show Vineyard Theatre Virtual Variety Show show! will feature new material from the cast and creators of [title of show] and Now. Here. This., and renowned special guest artists from theatre, film and television sharing performances, sketches, reflections, special quarantine talents, and more.

Access to the show is available with a donation of $25 or more made before 12:00 pm ET on Saturday, May 30 through this link: https://donate.onecause.com/vineyardtheatre. Donors will receive a registration email followed by a pre-show email with an exclusive link sent an hour before performance time to stream the show.

The Times Square Alliance announced today the first ever Songs for Our City, a songwriting challenge commissioning new original music from Broadway actors and composers in response to the current COVID-19 crisis, in order to both support artists during this time and provide a unique and interactive way for audiences to enjoy new music while in-person events are on pause.

Twenty-seven artists, including Alice Ripley, Ethan Slater, Rob Rokicki and more, will share their new original songs during a series of concerts that will be live-streamed for free to the public throughout the month of June, culminating in a finale on June 21 as part of Make Music New York. The series will be streamed on the Times Square Alliance’s website and social platforms in partnership with Time Out New York, as a part of their recently launched Love Local campaign. All participants will receive a stipend from the Times Square Alliance, and finalists will receive additional cash prizes. The concerts will also raise funds for Broadway Cares/Equity Fights AIDS’ COVID-19 Emergency Assistance Fund, which provides urgent resources to those within the performing arts community.

The artists participating in Songs for Our City are previous performers from the Broadway Buskers concert series, which showcases Broadway performers’ original music through free concerts in the Times Square pedestrian plazas as part of the Alliance’s annual free public programming. Events for this summer were originally planned to begin as early as May but have been delayed due to the ongoing crisis.

“As the entity responsible for taking care of and celebrating the Theater District, this is a symbolic and simple way for us to continue to showcase and support Broadway performers who create their own original work throughout June,” said Tim Tompkins, President of the Times Square Alliance.

“Our friends in the theater community are remarkably talented even beyond their night jobs on Broadway, and we’ve been lucky to have some of them share their singer-songwriter side during the past two seasons of Broadway Buskers. With the halt of performances, we wanted to find a way to support our community while providing an outlet for their incredible creative energy. We are so excited to offer a platform for them to continue sharing their music with the world,” said Sophie Aung, Programming Manager of the Times Square Alliance.

Songs for Our City will take place over seven concerts in June. The initial six concerts will feature participants performing their new songs, and will allow for audience members to vote to send one participant from each concert into the finale. During the finale, audiences will also be able to vote for their favorite participant to receive the Audience Choice Award. The final concert will take place on June 21, 2020, and will be judged by a panel of esteemed Broadway and music industry notables to determine a winner. Judges will be announced at a later date.

The concerts will be streamed live at 7:05PM EDT at TSQ.org/Songs, immediately following the collective applause for essential workers in NYC, on the following dates: