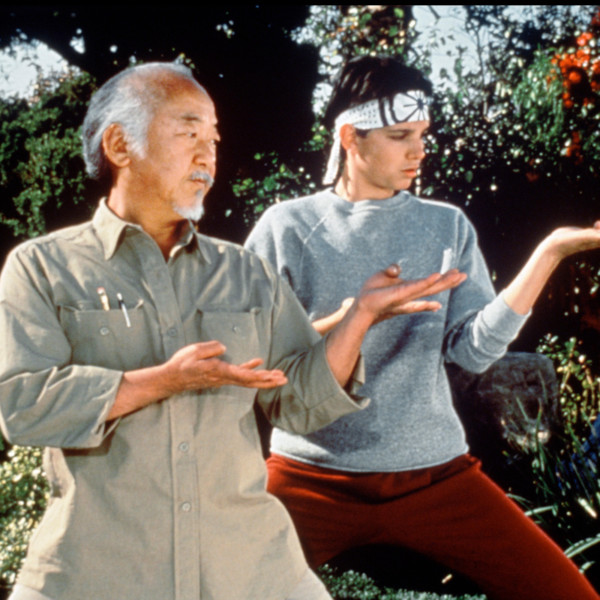 The Karate Kid is the latest film adaptation to become a musical. Set for a 2022 Pre-Broadway Run” the show has a book by original screenwriter Robert Mark Kamen and music and lyrics by Drew Gasparini. Pacific Overtures‘ Amon Miyamoto will serve as director. There will begin a limited engagement on May 25, 2022,at The Kirkwood Performing Arts Center just outside St. Louis, MO. The musical will run through June 26, 2022. The 1984 film was so popular that is spanned five sequals, an animated television series and Netflix’s Cobra Kai, which will premiere its fourth season in December 2021.

Mystic Pizza Musical will star Krystina Alabado as Daisy, Kyra Kennedy as Kat and Gianna Yanelli as Jojo, the roles played in the film by Julia Roberts, Annabeth Gish and Lili Taylor. Mystic Pizza, is scheduled to premiere at the Ogunquit Playhouse in Maine from September 1 through October 2. Sandy Rustin has adapted Amy Holden Jones’ original screenplay for the stage. The production will be directed by Casey Hushion and feature arrangements and orchestrations by the fabulous Carmel Dean. The cast will also feature Rayanne Gonzales as Leona, Joél Pérez as Tim, Garrett Marshall as Bill and Corey Mach as Charles. The company will also include Becca Petersen, Isabella De Souza Moore, Nicole Paloma Sarro, Jesse Swimm, Jake Swain, Graham Stevens and Forest VanDyke as well as swings Elaine Cotter and Joshua Bess. This juke box musical will include hit songs from the late 1980s and early 1990s. Expect hits by John Mellencamp, Debbie Gibson, Robert Palmer, Berlin, Van Morrison, The Supremes/Phil Collins, Kim Wilde, Mike and the Mechanics, Fine Young Cannibals, Tiffany, Bryan Adams and Starship.

Wicked will return at the Gershwin Theatre September 14. Lindsay Pearce will be back as Elphaba and Ginna Claire Mason returns as Glinda, Sam Gravitte as Fiyero, Michael McCormick as The Wizard, Riley Costello as Boq and Michael X. Martin as Doctor Dillamond. Kathy Fitzgerald will be play Madame Morrible from September 14 through September 26, then Alexandra Billings will return to the role on September 28. Mili Diaz will make her Broadway debut as Nessarose.

The cast is getting starrier for New City Music Theatre’s production of Jason Robert Brown’s Songs for a New World. This one-night only event is tonight August 26 at 7:30 PM at Radial Park at Halletts Point. The evening will mark the company’s first production under its new name; they were formerly known as Cleveland Musical Theatre.

MJ Director and Tony Award-winning Director/Choreographer Christopher Wheeldon is proud to introduce a unique part of his creative team – Rich + Tone Talauega, who will focus on Michael Jackson movement. Inspired by the life and art of Michael Jackson, MJ, will begin performances on Broadway on December 6, 2021, with an opening night set for Tuesday, February 1, 2022, at the newly refurbished Neil Simon Theatre (250 W 52nd Street).

The superstar brothers Rich + Tone Talaueg were discovered by one of Michael Jackson’s choreographers as teens. They began their careers as dancers on Michael’s HIStory World Tour and went on to dance and choreograph with Michael for years to come.  Rich + Tone are two of the most sought-after dancers and choreographers in pop music, working with artists raging from Madonna to Missy Elliott to The Backstreet Boys.

MJ features a book by two-time Pulitzer Prize® winner Lynn Nottage and a score made up of some of the best-loved, top-selling songs in recording history.

Acclaimed actor and producer Bruce Willis, Fourth Wall Productions and The Burgess Group will present Charles Cissel’s My Mother’s Severed Head, a mind-bending, dark comedy that will run September 10 – October 2nd in Theater One at Theatre Row, 410 West 42nd Street. Directed by Richard Caliban, the production begins previews on Tuesday, September 10th at 7:00 p.m., and will have its official opening on Monday, September 13th at 7:00 p.m.

Mourning a matriarch is hard enough without her head sitting on the alter talking to you every day. This situation is a reality for Robert, a dogged playwright stuck in the family business after the untimely decapitation of his mother. As Robert and his father go at each other’s throats, Mama plots the best way to reunite with the rest of her body.

My Mother’s Severed Head is based on a true event,” says playwright Cissel. “This family is about to explode over a tragedy.”

Willis, a one-time bartender at Cafe Centro, has been supporting fellow bartender Cissel’s theatrical endeavors, most recently with MUST, which ran in 2017 at Theater at Sr. Clements.