Suzanna Bowling
The Music Man to end Broadway run in January 1st, due to Hugh Jackman’s departure. Even though this is the hottest-selling Broadway ticket, this revival could not find another leading man of this caliber. The show also stars two-time Tony Award winner Sutton Foster.

White, is the first female-identifying actor to play the role of Hermes in Hadestown, making her entrance to a thundering ovation from the capacity crowd.

White, resplendent in a newly redesigned suit for her that is inspired by the 1950s, joyfully took the stage fist bumping, hugging, and high fiving her fellow cast members before summoning the Walter Kerr Theatre (219 West 48th Street) to attention with Hermes’ signature “Alright?” She completed the opening number with a stunning vocal run that demonstrates why she is one of Broadway’s most revered and beloved performers.

White won the 1997 Tony Award for Best Featured Actress in a Musical for her showstopping turn in Cy Coleman’s The Life and received another Tony nomination in 2010 for Fela!. Her other Broadway credits include Matron “Mama” Morton in the 25th Anniversary cast of Chicago, Effie White in Dreamgirls, Grizabella in Cats, Asaka in Once on this Island, and Miss Jones in the 1995 revival of How to Succeed in Business Without Really Trying. Her first solo studio album Get Yourself Some Happy! was released last year by Old Mill Road Recording.

Due to previously scheduled commitments, White will not be performing in Hadestown November 2-4; November 10-13; and November 17-20.

In addition to White, the Broadway cast of Hadestown is led by Jewelle Blackman as Persephone, Grammy Award® winner Reeve Carney as Orpheus, Tony Award nominee Patrick Page as Hades, and two-time Tony Award nominee Eva Noblezada as Eurydice. They are joined by Soara-Joye Ross and Kay Trinidad as the Fates.

Tickets for Hadestown on Broadway are available at www.seatgeek.com/hadestown-tickets or by visiting the Walter Kerr Theatre box office (219 West 48th Street) Although she has COVID and is out until September 20th, Lea Michele definitely has box office power. Her first week brought in $1,639,212, as compared to the previous week’s $659,874. The production, which also welcomed Tovah Feldshuh September 6, is playing to 95.81% capacity. 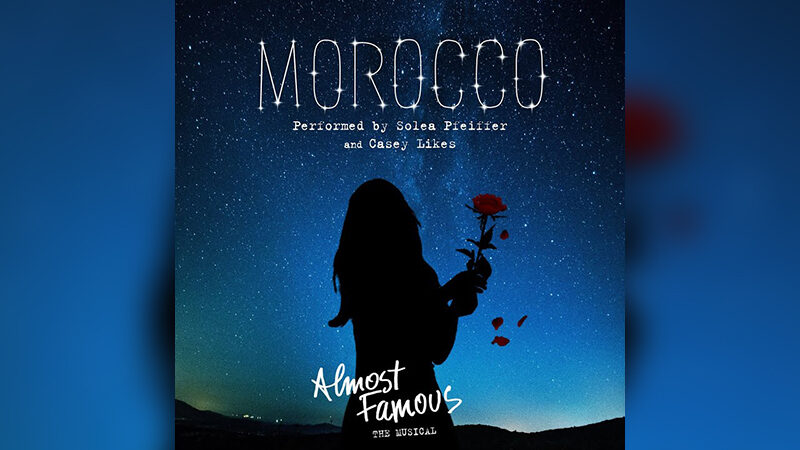 Accompanying today’s track announce is the forthcoming release of the Almost Famous The Musical – 1973 Bootleg EP 12-inch vinyl. Featuring four songs from the upcoming Broadway musical, this strictly limited-edition package is set for release on December 16 and available now for preorder.

“Morocco” is the third single made available from the Original Cast Recording of Almost Famous, following the release of ‘“The Night-Time Sky’s Got Nothing on You” and “Everybody’s Coming Together.” Produced by Scott Riesett and Tom Kitt, the song was recorded at Sear Sound, New York City.

The year is 1973 and it’s all happening. Led Zeppelin is king, Richard Nixon is President, and idealistic 15-year-old William Miller is an aspiring music journalist. When Rolling Stone magazine hires him to go on the road with an up-and-coming band, William is thrust into the rock-and-roll circus, where his love of music, his longing for friendship, and his integrity as a writer collide. Almost Famous is a spirited tale of fandom, family, and the unforgettable characters you’ll meet along the way.  Turn it up!

Tickets for Almost Famous on Broadway are currently on-sale via telecharge.com or calling 800 447 7400. 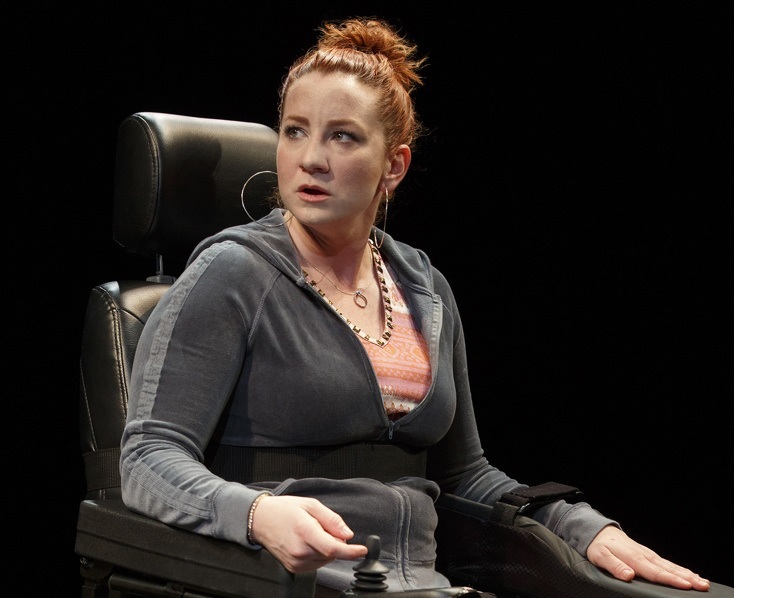 Actress/Paralympian Katy Sullivan ahead of her Broadway debut in the Pulitzer Prize winning play Cost of Living.  Katy is making history as the first female amputee to star in a Broadway show!

Katy Sullivan (Dexter: New Blood) is reprising her role of Ani in the Pulitzer Prize winning play Cost of Living in her Broadway Debut. Katy, originated the role of Ani at the Williamstown Theatre Festival as well as in Los Angeles, London, and Off Broadway received a Drama League, Outer Critics Circle, and Lucille Lortel Award nominations along with a Theatre World Award for her work in the play. Katy will continue as the only main cast member to have been a part of each production, at the Manhattan Theatre Club on Broadway starting September 16th. Her other acting credits include films such as Walk On and the series’ My Name is Earl, Last Man Standing, Legit, NCIS: New Orleans, Station 19, and most recently in Dexter: New Blood as Esther in the critically acclaimed reboot of the Showtime series.

In addition to her acting, Katy – a double below the knee bilateral amputee, is a 4-time U.S. Paralympian champion and a worked as an NBC Sports Analyst for the 2016 Paralympian Games in Brazil. In a huge step forward for disability inclusion, Katy will be the first female amputee (and only the 2nd amputee actor ever – after David Connolly appeared in the late 1980s in a revival of Shenandoah) to appear in a Broadway production.