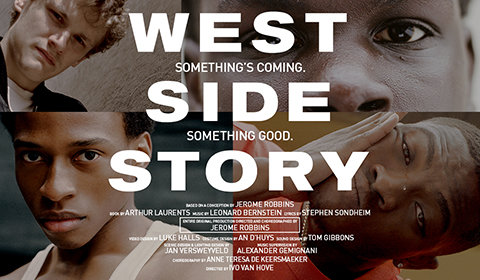 Ivo van Hove’s reimagined West Side Story has revealed changes and cuts from the original production. The “Somewhere” ballet and the iconic “I Feel Pretty” are gone. The show now runs one act, with no intermission. Also the film version of “America” rather than the original is being inserted. Expect video to complete the changes.

Kristin Chenoweth has return to the Broadway stage in a live concert celebrating the release of her new album For The Girls (Concord Records, produced by Steve Tyrell). The show runs through November 17, 2019 (8 performances only). The producers have announce that for each concert there will be a digital lottery, making a limited number of $45 tickets available at https://lottery.broadwaydirect.com/show/kristin/.

Jagged Little Pill has announced the details for the show’s digital lottery and general rush policies.

The Jagged Little Pill Digital Lottery will be available on each performance day, the lottery will open at 12:00 AM at JaggedLottery.com; matinee drawings will take place at 9:00 AM and 10:00 AM, and evening performance drawings will be at 2:00 PM and 3:00 PM. Tickets are $40, and upon notification, winners will have one hour to complete their purchase via credit card online. General Rush tickets are subject to availability and can be purchased at the Broadhurst Box Office (235 W 44th St, NYC) for same-day performances on a first-come, first-served basis. Rush tickets are $40, with a limit of two tickets per purchase. The box office opens at 10:00 AM on Tuesday-Saturday, 12:00 PM on Sunday, and is closed on Mondays.

Suzanna BowlingJanuary 26, 2023
Read More
Scroll for more
Tap
T2C Talks to Brian Stokes Mitchell About the Holiday’s, Music and Songs As Three Act Plays
KPOP Is Looking For Their Cast