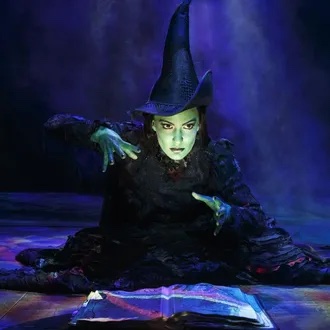 PBS will mark Broadway’s return with Wicked In Concert, on Sunday, August 29, 2021 at 9:00 p.m. ET. This musical event celebrating the songs from one of the most iconic hits in Broadway history. Musical numbers include The Wizard and I, Defying Gravity, Popular, Wonderful, No Good Deed, For Good and As Long As You’re Mine.

Wicked In Concert, will be directed by A Chorus Line’s Baayork Lee, with musical direction by Luke Frazier. The orchestra arrangements are created by Frazier with members of the American Pops Orchestra and filmed in multiple locations including Washington, DC, Los Angeles and New York City. All-star casting to be announced at a later date.

Polydor Records today released the full album of Andrew Lloyd Webber’s Cinderella. The album, written and produced during lockdown in the UK, features voices from the cast of the new musical, as well as high-profile guest vocalists including Todrick Hall and Adam Lambert.  Todrick Hall contributes his unique version of ‘’Only You, Lonely You’’ – originally sung by cast member Ivano Turco – as a bonus track.

The debut single from the album, “Bad Cinderella”, was released in October last year. This single, was performed by Carrie Hope Fletcher, who stars as Cinderella. A string of further acclaimed releases including “I Know I Have A Heart”, “Far Too Late” and “Marry For Love” have already amassed over 5 million streams and 1 million video views.

“I’ll Build a Stairway to Paradise”

Recorded June 2, 2014 at the Metropolitan Room

“You Can Be Replaced”

Recorded June 2, 2014 at the Metropolitan Room

Recorded June 11, 2008 at the Metropolitan Room

Stephanie J. Block (2019 Best Performance by an Actress in a Leading Role in a Musical TONY® Winner, “The Cher Show”)

Lena Hall (2014 Best Performance by an Actress in a Featured Role in a Musical TONY® Winner, “Hedwig and the Angry Inch”)

“As I Stumble Along”

All proceeds from this special benefit event will directly support The Vineyard’s artistic and education programs and re-opening plans, with “Pay-What-You-Can” tickets. To learn more, purchase tickets, or make a donation, please visit www.vineyardtheatre.org/composers-in-conversation. You can also reach out to The Vineyard’s Box Office Monday-Friday 1PM-6PM at boxoffice@vineyardtheatre.org or by phone at 646-931-4711.

Viewing options include the ability to chat with fellow audience members during the Live Watch Party premiere on Thursday, July 22 at 7pm ET, with on-demand access beginning following the premiere through Sunday, July 25 at 11:59pm ET.