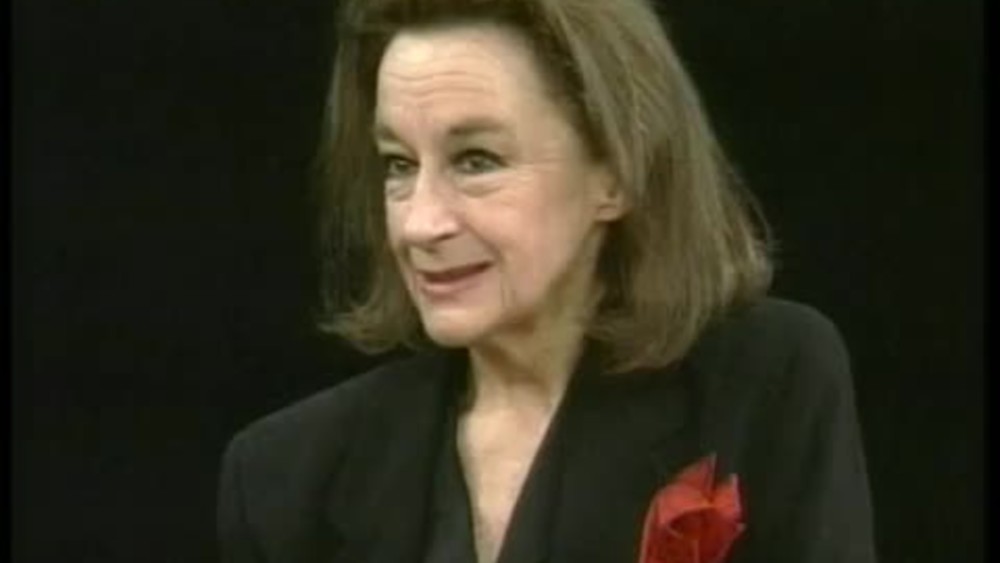 Four-time Tony Award-winning Broadway actress Zoe Caldwell, died peacefully from Parkinson’s at 86 on February 16th. The grand dame of theatre began her career as an original member of the company at the Tyrone Guthrie Theatre in Minneapolis. Her Broadway debut in 1965 in The Devils led to her 1966 by her Tony Award-winning performance in Slapstick Tragedy. She Tony Awards followed for her performances in The Prime of Miss Jean Brodie (1968), Medea (1982), and Master Class (1995).

Miss Caldwell was born September 14th in Melbourne, Australia. At the age of nine she appeared in a production of Peter Pan at the Melbourne’s Union Theatre Repertory Company and the Shakespeare Memorial Theatre Company. She moved to London to join the Royal Shakespeare Company in 1959.

Ms. Caldwell was married the noted theatre producer and director Robert Whitehead in 1968. They were together until his death in 2002. She is survived by two sons, Sam and Charlie Whitehead; and 2 grandchildren Ross and Ward Whitehead.

To Kill a Mockingbird, Aaron Sorkin’s new play, directed by Bartlett Sher, and based on Harper Lee’s classic novel, will become the first-ever Broadway play to perform at The World’s Most Famous Arena, New York’s Madison Square Garden, on February 26, 2020, in front of approximately 18,000 New York City public school students. With the extraordinary support of James L. Dolan, executive chairman and CEO of The Madison Square Garden Company, this unprecedented, single-performance event will be entirely free to students of New York City Department of Education public middle and high schools from all five boroughs.

This special performance will feature the entire Broadway cast, led by Ed Harris as Atticus Finch.

All tickets are provided free and exclusively to New York City public middle and high schools through the New York City Department of Education.

Check out our coverage later in the day.

The annual MEET THE NOMINEES PRESS RECEPTION will take place at Sofitel New York, the Official Hotel Sponsor and host of the event.

The invitation-only TONY NOMINEES’ LUNCHEON is a chance for the nominees to celebrate each other’s achievements and receive their nomination certificates. The luncheon will be held at New York City’s iconic landmark, Rainbow Room, the Official Sponsor of the event.

THE TONY HONORS RECEPTION will be a presentation of the Tony Honors for Excellence in the Theatre.  The evening will also toast the 2020 Creative Arts Nominees and Special Award recipients.  The event will take place at Sofitel New York.

THE 74th ANNUAL TONY AWARDS will take place at Radio City Music Hall. The three-hour ceremony will be broadcast live (ET/PT time delay) on the CBS Television Network from 8:00 – 11:00 PM and will be available to stream live and on-demand across platforms with CBS All Access.

The awards will be followed by the official TONY GALA at The Plaza.

Royal Family Productions, will remount its acclaimed production of Women on Fire: Stories from the Frontlines written, curated, and co-directed by Royal Family artistic director Chris Henry from stories told to her by a group of anonymous women, with choreography and co-direction from Lorna Ventura. The show was originally produced in May and June of 2018 by Royal Family Productions and has since been presented as a benefit at The Quick Center for the Performing Arts by Broadway producer Cheryl Wiesenfeld. The rotating cast features stars of stage and screen including Gina Naomi Baez (She’s Gotta Have It, Triple Threat, Hunchback of Notre Dame, “Orange is the New Black”), Stephanie J. Block (The Cher Show, Falsettos, The Mystery of Edwin Drood, The Boy from Oz), Kathy Brier (Hairspray, “One Life to Live”), Andréa Burns (On Your Feet, In the Heights, The Nance) Kathleen Chalfant (“House of Cards,” “Law & Order,” “The Affair,” Angels in America, Wit), Maddie Corman (Accidentally Brave, Some Kind of Wonderful, When We Rise, Next Fall), Rosa Curry (The Rocky Horror Show, Steel Pier), Paige Gilbert (The Rose Tattoo, Late Night), Judy Gold (“The Rosie O’Donnell Show,” The Judy Show: My Life as a Sitcom), Julie Halston (Tootsie, You Can’t Take It With You, The Divine Sister), Simone Harrison (Love/Sick), Cady Huffman (The Producers, The Nance, “The Good Wife,”) Steffanie Leigh (War Paint, Mary Poppins), Cynthia Mace (“The OA,” “Mindhunter,” Safe Home) Gargi Mukherjee (The Namesake, Karma Calling), Rebecca Nelson (Trust, Henry Fool), Olivia Oguma (Mamma Mia, Les Miserables), Connie Ray (Thank You For Smoking, Stuart Little), Alysia Reiner (“Orange is the New Black,” Better Things, How to Get Away with Murder, Egg, “The Deuce”), Laila Robins (“Murder in the First,” “Deception,” Planes, Trains and Automobiles, Heartbreak House, Frozen), Debra Jo Rupp (“That 70’s Show,” “Friends”) Constance Shulman (“Orange is the New Black,” “Doug,” The Broken Ones, The Rose Tattoo), and Lianah Sta. Ana (Miss Saigon), Desi Waters (“The Blacklist”), and Ashley Williams (“The Jim Gaffigan Show,” “How I Met Your Mother”) and with a dance ensemble of  Samantha Butts, Emily Anne Davis, Erica Misilo, Mariah Reives, and Samantha Warner.From Feb 21st – March 16, 2020, at Royal Family Performing Arts Space (145 West 46th Street, 3rd Floor). Tickets are $30-$250 and can be purchased by clicking www.RoyalFamilyProductions.org

Two-time Tony winner Joe DiPietro’s newest play Conscience is set to open March 6th at George Street Playhouse’s new home at the New Brunswick Performing Arts Center, 11 Livingston Avenue.  Conscience  will star Broadway favorite and Tony winner Harriet Harris as Margaret Chase Smith, the influential senator who said no to Joseph McCarthy. Acting boldly against party lines, Senator Margaret Chase Smith becomes one of the first to stand up against Joseph McCarthy in an extraordinary tale inspired by real events. On June 1, 1950, the senator stood on the Senate floor and delivered her “Declaration of Conscience” in a historic moment of political courage. This sharply written new play takes you behind the scenes of 1950s Washington to give you an intimate glimpse of all the power plays, both political and personal, in the days leading up to and following the singular speech that shook up Congress, the Red Scare and the nation itself.

Playwright/lyricist Joe DiPietro has won two Tony Awards, a Drama Desk Award and three Outer Critics Circle Awards. His musicals and plays have received thousands of productions across the country and around the world. Broadway: The upcoming Diana, Memphis (Tony Award-winning Best Musical), Nice Work If You Can Get It starring Matthew Broderick and Kelli O’Hara, All Shook Up. Off-Broadway: I Love You, You’re Perfect, Now Change (second longest-running musical in Off-Broadway history),Over the River and Through the Woods, The Toxic Avenger, The Thing About Men, Clever Little Lies starring Marlo Thomas.

Harriet Harris has appeared on Broadway in Thoroughly Modern Millie (Tony Award), Cinderella, It Shoulda Been You, The Man Who Came to Dinner, Present Laughter, and Cry-Baby. Her numerous Off-Broadway credits include Jeffrey, and Me and My Girland Little Me at Encores! Film & TV includes Memento, “American Horror Story,” “Desperate Housewives,” “Frasier,” Phantom Thread, and Addams Family Values.