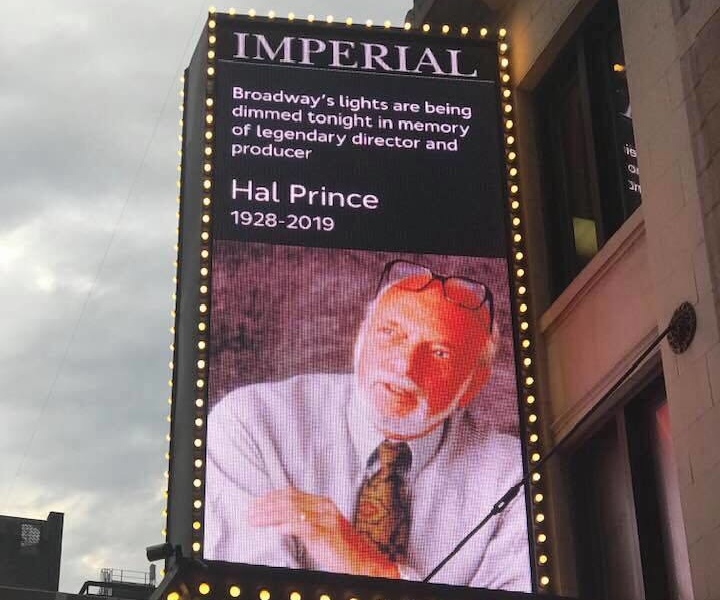 BroadwayHD, the premiere streaming service for theater fans, is packing a lot of star power as they bring a roster of critically-acclaimed performances to subscribers throughout the month.  Kicking off August is the filmed 2013 version of the heartwarming play Driving Miss Daisy, starring Academy Award Nominee Angela Lansbury and Academy Award Nominee James Earl Jones.  The 2018 filmed version of Street Scene, the first musical to receive the Tony Award for Best Original Score in 1947, will be available beginning August 8.  “Something wicked this way comes” as great theatrical works of Macbeth starring the incomparable Sir Patrick Stewart in his Screen Actor’s Guild Award nominated performance make its way to the platform on August 15th.  Finally, Monteverdi’s L’Orfero will be coming to the service on August 22nd and as part of BroadwayHD’s partnership with Stratford Festival, the streaming service will be bringing the critically acclaimed Stratford Stage’s 2017 production of Shakespeare’s Love’s Labour’s Lost  to the service on August 28th.

BroadwayHD co-founders, award-winning producers and filmmakers Stewart F. Lane and Bonnie Comley said, “Fans of BroadwayHD are in for a real treat this month with the addition of so many gripping and mesmerizing performances from both widely known and rare titles.”

BroadwayHD introduces award-winning theater from all across the globe with both classic and modern productions.  Fans can expect to see the full works of Shakespeare, awe-inspiring performances from Cirque du Soleil and a selection of the world’s greatest musical including Kinky Boots, Cats, 42nd Street, The Phantom of The Opera, The King and I, Sound of Music, and An American in Paris.  All performances are adapted specifically for streaming audiences to maximize the entertainment experience.  To learn more about BroadwayHD, visit www.broadwayhd.com.

A true story, still unfolding. June 3, 2017. A 25-year-old former Air Force linguist named Reality Winner is surprised at her home by the FBI, interrogated, and then charged with leaking evidence of Russian interference in U.S elections. Reality remains in jail with a record-breaking sentence. The FBI transcript of her interrogation is the heart of IS THIS A ROOM, conceived as a play and directed by Obie Award-winner Tina Satter, in which an extraordinary human drama unfolds between the complex and witty Reality, and the agents who question her. As Reality’s autonomy shrinks before her eyes, a simmering real-life thriller emerges, asking what it is to have honor in this American moment, and how the personal can reverberate globally.

Dana was a chaplain of a psych ward where she met a charismatic patient, an ex-convict searching for redemption. A harrowing true story, Dana was held captive with her life in this man’s hands — trapped in a series of Florida motels, disoriented and terrified — for five months. Told in Dana’s own words and reconstructed for the stage by her son Lucas Hnath (A DOLL’S HOUSE PART 2, THE CHRISTIANS), “one of the freshest playwriting voices to emerge in the past five years” (The New York Times), this innovative work shatters the boundaries of the art form and our understanding of good and evil.

Spring 2020 TUVALU OR, THE SADDEST SONG By Antoinette Nwandu
Directed By Danya Taymor

Los Angeles in the mid-nineties and twelve-year old Jackie is at a crossroads. She’s just been accepted to a private school in Brentwood, the affluent, white neighborhood that also happens to be ground zero for the O.J. Simpson murder trial. At home, the Lord is alive and well, the rent’s past due, and Momma’s boyfriend just came back to town. Sexuality and spirituality, race and class, love and violence collide as Jackie attempts to make sense of her life in relation to the women in her real and imaginary landscapes. With an astonishing mix of humor, tenderness and theatrical daring, this coming-of-age story explores the barriers that keep Jackie from finding her authentic self, and the cost of overcoming them.

Sony Masterworks Broadway today releases HALF TIME (ORIGINAL CAST RECORDING), with music by Matthew Sklar, lyrics by Nell Benjamin and additional music by Marvin Hamlisch and Ester Dean.  Produced by Scott M. Riesett (Ain’t Too Proud, The Prom) and Matthew Sklar, the album features music from the Bob Martin and Chad Beguelin-written musical, which made its 2018 debut at Paper Mill Playhouse and tells the uplifting true story of ten New Jersey seniors with extraordinary dreams.

The Half Time (Original Cast Recording) features some of the last songs written by Pulitzer Prize and Tony Award-winning composer Marvin Hamlisch, who passed away during the show’s early gestation.  The album also features a who’s who of Broadway talent, including five-time Emmy Award-nominated actress Georgia Engel (The Mary Tyler Moore Show, Everybody Loves Raymond), Tony and Emmy Award winner Lillias White (The Life, Sesame Street), Tony and Drama Desk Award winner Donna McKechnie (A Chorus Line) and Emmy Award winner André De Sheilds (The Wiz), who most recently won a Tony for his role in Hadestown.  The Original Cast Recording is dedicated to the memory of Georgia Engel.

Based on the motion picture Gotta Dance, directed, written and produced by Dori Bernstein, Half Time tells the incredible true story of ten determined dreamers who audition to dance at half time for a major basketball team., inspired by the true story of the New Jersey NETSational Seniors. They have three things in common: they love to dance, they have something to prove, and they are all over 60. Only after making the cut do they learn they won’t be dancing tap, salsa or swing—instead, they will bring down the house with a style that is entirely new to them: hip-hop. Take the uplifting journey with these dreamers—and the young coaches who inspire them along the way—as they battle self-doubt, stereotypes and even each other for a chance to bust a move at center court in front of 20,000 screaming fans. Together they remind us that in life, when the odds are stacked against you and the challenges seem too great to overcome, it’s not the end of the game—it’s Half Time.