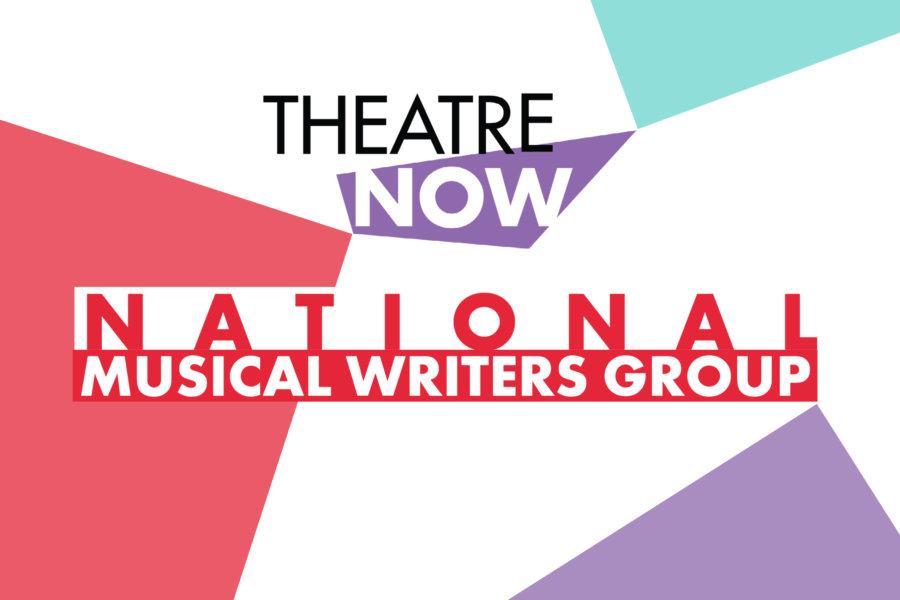 Theatre Now New York, a non-profit artists service organization and theatre company dedicated to supporting musical theatre writers, has established a new National Musical Writers Group which will bring together lyricists and composers from across the nation.

The group is comprised of ten writing teams from eight states who will meet regularly to develop new musicals by presenting their work, sharing their process, and offering and receiving support from one another and from Theatre Now New York.

“This is a terrifically talented and accomplished group of writers, and we look forward to supporting the continuing development of their work,” said Thomas Morrissey, Theatre Now’s Artistic Director. “It is our hope that by extending our publishing, licensing, developmental, and production support to artists across the country, we will expand the diversity of stories and voices heard in musical theatre.”

“After pivoting our existing Musical Writers Lab to a socially distanced online format, we realized we could use the same technology to expand our service to artists outside of the New York metropolitan area,” said Colleen Harris, Theatre Now’s Managing Director.

Jason Aguirre (he/him/el) is a New York-based Mexican-American director and librettist specializing in new musical development and immersive works. He is a part of the BMI Lehman Engel Musical Theatre Librettist Workshop, and a candidate for the George and Joy Abbott MFA in Musical Theatre Collaboration at Temple University.

Adam J. Rineer (he/him/they/them) is a Philadelphia/NYC based composer, lyricist, and librettist whose work explore ideas of “otheredness”, and queer social norms. They are a proud member of the Dramatist Guild and third-year M.F.A. candidate in the George and Joy Abbott Musical Theatre Collaboration program as well as part of the Graduate Gender, Sexuality, and Women’s Studies program at Temple University. As a team their work explores, innovates, and deconstructs the American book musical for radical inclusion and representation.

Mark Evan Chimsky (book and lyrics) is a Portland-based editorial consultant, poet, and book editor who has edited bestsellers including Johnny Cash’s autobiography.

Zev Burrows (composer) is a New York-based composer for film, musical theatre, television, and production music libraries. As a musical theatre writing team, they seek to create meaningful musicals celebrating a shared humanity with an eye towards social change. Their musical The Pledge, about college hazing, received staged readings at the Sitting Shotgun theatre company in NY and the Forbes Center for the Performing Arts in Harrisonburg, VA. as part of James Madison University’s Madison New Works Lab. The Dramatists Guild recently hosted a virtual reading of their new musical A Broken Play and the Left Coast Theater Co. will present a staged reading of their short musical Albert in 2021.

Ann E. Eskridge is a fiction writer of plays, musicals, and screenplays and the founder of Extra Mile Playwrights Theater. Her screenplay, Brother Future, first aired on PBS.

Alton James is a film, TV, game, and theater composer. He holds a B.A. in English (minors in Music and African American Studies) and an M.A., Ed.S., and Ph.D. in Educational Leadership and Policy. Both are working on Satin Doll—a reinterpretation of Pygmalion.

Tasha Gordon-Solmon and Faye Chiao are currently developing the musicals Fountain of You, a feminist revenge comedy, and The Lonely Doll, based on the life and work of author Dare Wright. Together, their work has been supported, developed and produced by The Puffin Foundation, Virginia Center for the Creative Arts, The Millay Colony, Barrington Stage Company, Bethany Arts Community, The 24 Hour Plays and Zeiders American Dream Theater. Tasha’s plays have been developed and produced at The Humana Festival, Clubbed Thumb, Northern Stage, Ars Nova, Project Y and New Georges, and she is a recipient of the Dramatist Guild Fellowship and the Playwrights Realm Fellowship. Faye’s other work has been developed, produced and commissioned by Prospect Theater, Single Carrot Theater, Houston Grand Opera, Pittsburgh Festival Opera, The New Victory Theater Labworks, The John Duffy Institute for New Opera, and Boston Chamber Symphony.

Pamela Weiler Grayson (co-book & lyrics) is a NYC-based playwright/lyricist/composer, alum of the BMI Musical Theatre Workshop, a writer-in-residence at Kervigo Ensemble Theatre, and her work has been seen in many venues throughout the country.

Alice Jankell (co-book & lyrics) is a writer/director/actor from NYC who has worked and learned in venues as varied as the Mark Taper, the L.A. Opera, Disney Theatricals, The Public Theatre, New York Theatre Workshop, La Mama, and City Theater, among many others, as well as in film and TV.

Aaron Drescher (composer) is a multi-instrumentalist and songwriter in NYC, originating Off Broadway drum books: We Are The Tigers, Only Human, and Camp Morning Wood, as well as touring nationally and internationally with Kinky Boots, Elf, and multiple bands and artists. As a team, they are interested in intimate storytelling that focuses on the nuances of human behavior. They try to meld unique character choices with an unexpected musical vocabulary to burst stereotypes and crack open emotional truths.

Joshua Servel Davis (composer) is an active composer, songwriter and playwright who has written several original songs and arrangements in various genres. He has written an original musical, Misty Sharon’s Asylum which had its debut at the UPU Theatre Festival in 2018. Together, they wrote and produced two musicals, Three Crosses which had its Stage Reading Debut at Houston’s Ensemble Theatre in 2019 and American Skin which had a virtual stage reading with Create Theater. Their current 15-Minute Musical, White Man’s Burden, won the 2020 15- Minute Musical Challenge at NAMT and is having its World Premiere Debut at Beck Center for the Arts in February 2021.

Janelle Lawrence is an Black Afro-Latinx interdisciplinary artist who specializes in highlighting the complexity and layers to and of our lives. They have had their musicals, plays, and performance art presented in various theaters in NYC and California – but they no longer want that to define their artistic depth and experience. They have been crafting stories, examining us (people), and attempting to bring people together their whole life; storytelling is what they do.

Rajendra Ramoon Maharaj is a multi-award-winning, multidisciplinary, Indo-Afro-Caribbean American Theater Artist, Administrator, and Activist; his work has been seen on Broadway, Off-Broadway, and at many of our Nation’s top regional theaters; he currently is the Associate Artistic Producer of Milwaukee Repertory Theater.

Paul Edward Wilt is an award winning, multidisciplinary Artist and Activist, who has collaborated with Milwaukee Repertory Theater, NAACP, Yale University, NASA, Stand Up To Cancer, and New Freedom Theater; he is currently the editor of Sunday Civics on Sirius XM Radio and the owner of realNoise, LLC. As storytellers, they use their art as a lightning rod for social change and a platform for marginalized voices.

Nerris Nevarez-Nassiri is a writer and filmmaker from Los Angeles. He is a former Disney Imagineer and winner of the YouTube Creator Award. His past collaborations include Kamala Harris, Meghan Trainor, Wentworth Miller, and more.

Theatre Now New York is an artist service organization dedicated to the development, production, publication, and circulation of short and long-form musicals, by providing ongoing support for writers and their work in order to nurture voices and forms that push the boundaries of musical theatre. Since 2013, they have produced the annual SOUND BITES Festival of 10-minute musicals.Though currently on-hold, they are in production for developmental runs of three new full-length musicals from their Writers Lab as well as a cabaret series to showcase works in progress. In addition, they offer licensing support for new short- and long-form musicals through a partnershiph with Music Theatre International. They recently published The 10-Minute Musical, an Anthology from the SOUND BITES Festival, the first ever anthology of 10-minute musicals. More information can be found at TNNY.org.

G. H. HARDINGJanuary 23, 2023
Read More
Scroll for more
Tap
On the Aisle with Larry
What to Watch in The New Year: February 27