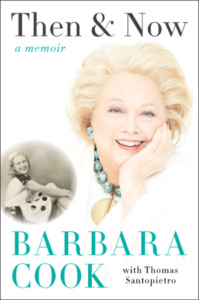 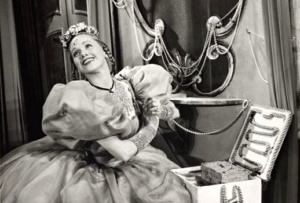 Ms. Cook was a Tony and Grammy Award winner and Kennedy Center honoree, who was beloved by the theatre community. She passed away on Tuesday, August 8 at the age of 89 after a long battle with her health. Her celebrated 85th Birthday concert at Carnegie Hall, her Tony Award-nominated performance in the musical Sondheim on Sondheim, and a series of critically acclaimed concerts at New York’s Café Carlyle, Feinstein’s at the Regency, and 54 Below were among her last performances. Ms. Cook is best known for originating the role of  Cunegonde in Leonard Bernstein’s Candide, Marian the Librarian in Meredith Willson’s The Music Man (Tony Award), and Amalia in Bock and Harnick’s She Loves Me (Drama Desk Award). In 1975, she made her Carnegie Hall debut and embarked on a second career as a concert and recording artist thanks to Wally Harper.  In 2006, she became the first female non-classical singer to do a solo concert at the MET. Last year she published her memoir, “Then and Now: A Memoir.”

A very limited number of free tickets for A Tribute To Barbara Cook will be distributed to the general public beginning at 12noon on Monday, December 11 on a first-come, first-served basis (limit of 2 per person) at the Vivian Beaumont Theater box office (150 West 65 Street).

Genevieve Rafter KeddyDecember 24, 2020
Read More
Scroll for more
Tap
We Have Yet To Have Crossed That River
Madison Avenue Neuhaus Hosts Holiday Soiree