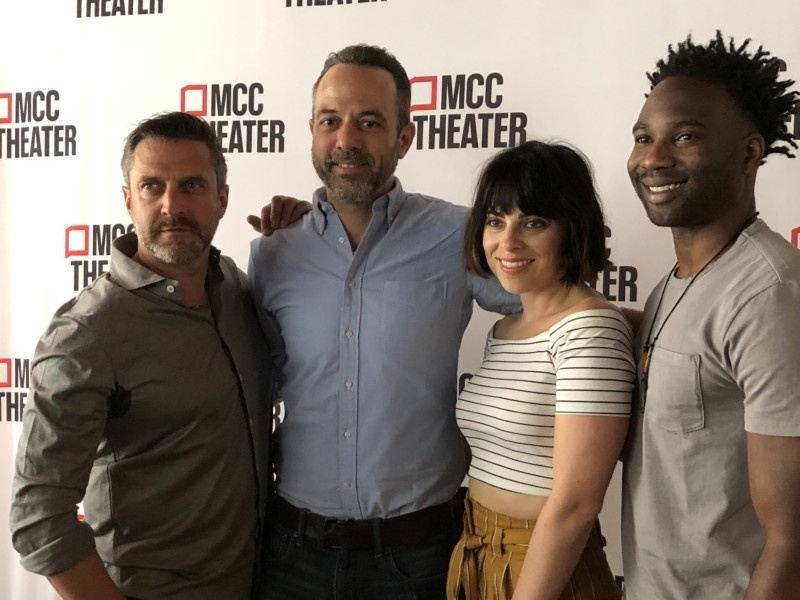 Seared is a new fit-for-foodies comedy by critically-acclaimed playwright Theresa Rebeck (Bernhardt/Hamlet) directed by Tony® nominee Moritz von Stuelpnagel (MCC’s Hand to God). Brilliant, hot-headed chef Harry scores a mention in a food magazine with his signature scallops, and his business partner Mike finally sees profits within reach. The only problem? Harry refuses to recreate his masterpiece for the masses. Mix in a shrewd restaurant consultant and a waiter with dreams of his own and it all goes to hell in this hilarious and insightful new play that asks us to consider where art ends and commerce begins. Audiences will be up close to the action as MCC’s flexible Frankel Theater is transformed into the intimate kitchen of a New York City restaurant.

The east coast premiere of Seared was produced by the Williamstown Theatre Festival in July 2018, Mandy Greenfield, Artistic Director.