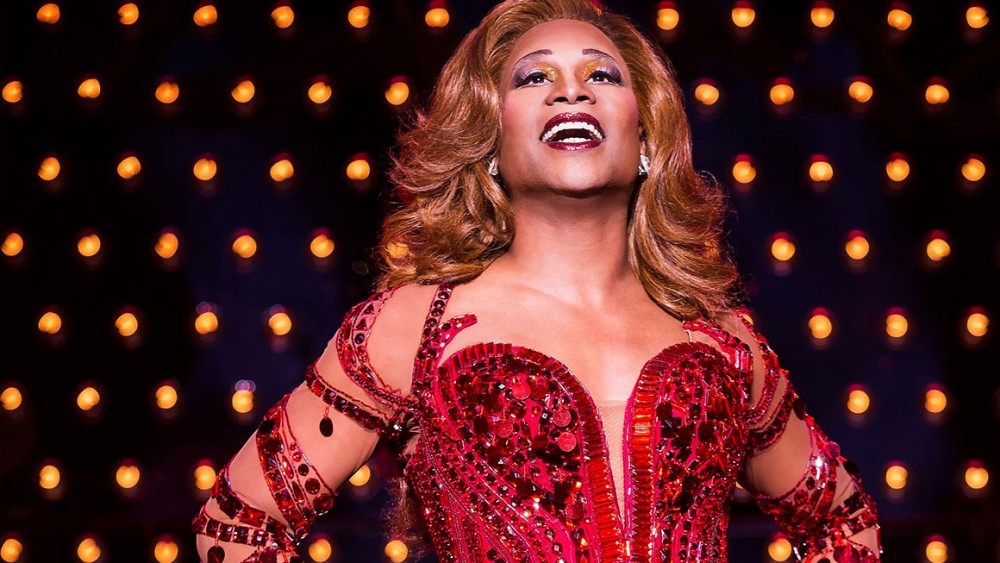 These Kinky Boots Were Made For Walking …… to the Tony Awards

These Kinky Boots Were Made For Walking …… to the Tony Awards 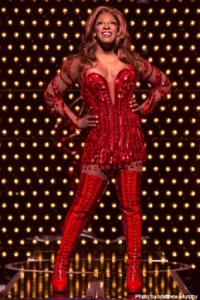 Anyone who knows me knows I love boots, especially tall ones. It seems I also love shows about these beloved shoes. Kinky Boots, the new musical playing at the Al Hirschfeld Theatre is all heart and soul. What else can I do but write a love letter to this joyous, infectious reason to go to Broadway. 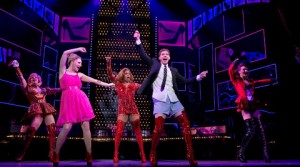 Thank-you for giving me back what Cinderella took away…my past. The 70s and 80s are alive again as you brought back the best of the disco era, with an effervescent flare that made me root for all involved. I danced in my seat, teared as the characters’ human emotions were trampled upon and cheered as the message of love being who you are and love who others are rang forth in song. Harvey Fierstein, your book is full of humor and warmth. Cyndi Lauper when I first heard your music to this show I was unimpressed….I was wrong, your lyrics, along with your rhythmic melodies speak louder than you ever have before. From “Price and Son Theme,” “I’m Not My Father’s Son” to “Raise You Up/Just Be” those dissonant chords musically captured my spirit. Welcome to the theatre, you are a much-needed musical voice. Stephen Ormeus, your orchestrations were at a pace that was of the era, unlike Priscilla Queen of the Desert that thought disco was in 3 1/4 time, thank-you. David Rockwell you’re “Chalrie and the Chocolate Factory” set catapulted the mood.  Kenneth Posner your lighting was spot on. Gregg Barnes, I wanted to go shopping on that set. The boots that belonged to the Yugoslavian peasants were more my speed but that is because I cannot wear heals. I want one of those adorable coats worn in “Sex Is in the Heel.” Billy Porter, you are a luscious Lola who speaks to anyone who has been hurt by not being accepted. You make Lola strong, courageous and you are a welcome breath of fresh air to the human race. You deserve a Tony. Annaleigh Ashford, any girl or guy will be able to relate to your rendition of “The History of the Wrong Guy,” you are a comedic force to be reckoned with. To the rest of the cast you are all talented, vocally wonderful performers, who understand character development. Last but not least Jerry Mitchell your choreography and direction captured the essence of the movie.  You have managed to take a true story about the creation of fetish wear for the cross dresser and cross lines that make this a show about acceptance not preference. Your innovative choreography took simple ideas and made them burst forth into moving works of dance art.

Audiences just want to have fun and Kinky Boots, you have delightfully thrown us happiness and humanity like gleeful confetti.

Suzanna BowlingJanuary 26, 2023
Read More
Scroll for more
Tap
Hooray for Hollywood: A Personal Look at Oscars 2012
The Children’s Table is Given a New York Reading