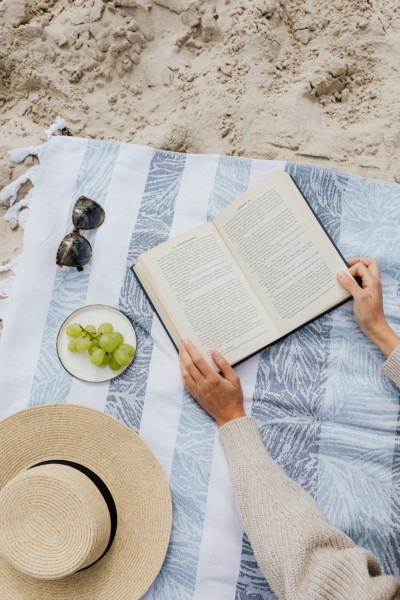 For many people, summer means one thing: getting outdoors, sporting a tan and spending time on the water. It’s the season of more free schedules, time away with family and finding ways to stay cool, all while making memories.

The warmer weather is also an opportunity to catch up on reading, which can be done outside and with a giant glass of iced tea. If anything, summer is perhaps the time to read the most, and it can be done while traveling, being poolside or in between sporting events.

With the number of novels coming out this June and July for all ages, you’ll want to put that sunscreen on, sit in the shade and get to reading. Here are a few of the hottest releases to keep an eye out for this year:

The Other Black Girl by Zakiya Dalia Harris

One of 2021’s most anticipated novels is The Other Black Girl, out June 1. Called a cross between Get Out and The Stepford Wives, Girl follows Nella, an editorial assistant at an esteemed publishing company and  the competition that arises when another Black woman, Hazel, enters the scene. It’s a compelling novel that will keep you up until the last page is read and the intrigue subsides.

This novel, by the author of Daisy Jones and the Six and The Seven Husbands of Evelyn Hugo, is perhaps the book of the summer. Set in 1983, Rising tells the story of the Riva family, successful and famous siblings who have come together for an annual pool party celebration. Take one look at the cover and you will be instantly transported to the warm California coast for a juicy cycle of family drama and shenanigans.

Joan is used to violence, but it’s a particular act she witnesses that sends her running for cover to an old friend in Lisa Taddeo’s Animal, released June 8.  If that name sounds familiar, it may be because Taddeo is the New York Times best-selling author of Three Women, and her follow-up has been highly anticipated. Follow Joan as she discovers more about herself than even she was expecting. You won’t want to miss it!

If you read Taylor’s break-out novel Real Life and was a fan, Filthy Animals will be considered a treat. To be released June 22, Animals tells a few stories about young men and women finding their own path while dealing with all the emotional aspects in life and the many situations it plays a part in. Told in equal parts of heartbreak and love, Filthy Animals will be one to remember.

The first novel to come from Laymon, released June 1, covers just about all the ground it can in just under 300 pages. A young boy named  “City” Coldson finds himself suddenly a celebrity when he is promptly sent to live with his grandmother. While there, he discovers another City Coldson in a book, a time-traveler who is trying to save his family. A whirlwind of a novel, Long Division will keep you  guessing what will happen until the very end. If you’d prefer to read a classic this summer, check out this guide from Bulk Books, to jump start your summer reading list.