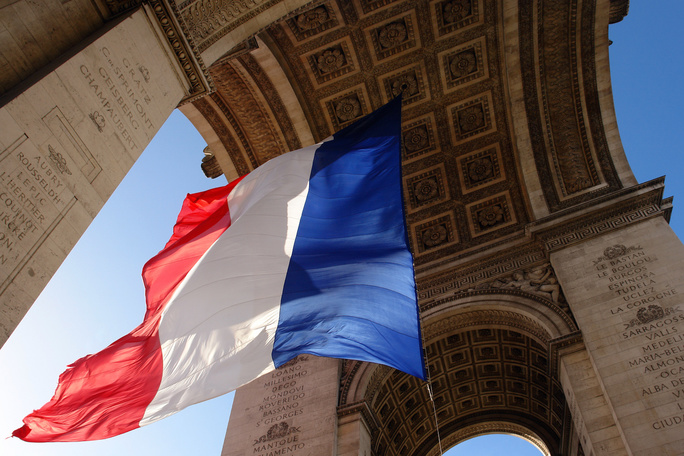 \While July 4th celebrates one earth-shaking revolution,  another world shattering event took place in France on July 14th 1789 — the storming of the Bastille, the notorious French prison — a symbol of the French aristocracy’s dominance. That event led to the undoing of the French monarchy and the establishment of the French Republic, which was more less ratified at the Fête de la Fédération a year later in 1790. In English-speaking countries, Bastille Day is the common name given to the French National Day, which is celebrated on July 14th each year. In France, it’s formally called La fête nationale.

Here in New York, it’s acknowledged by several interconnected events such as French Restaurant Week and Bastille Week both created/sponsored by MPB Agency.

Since its creation in 2011, French Restaurant Week® has been supported by over 211 participating restaurants. In partnership with the ordering system, OpenTable®, this week offers customers the opportunity to consume special prix-fixe menu options during either dinner, and in some cases, lunch. Previously, wines were also highlighted within the dining spots as sponsors.

This celebration is also part of Bastille Week, which not only recognizes this other major national revolution of the late 1700s but also offers an online media resource which lists events that spotlight the French Independence Day and it highlighting events during July.

This year, New York’s 9th edition returned July 2nd and runs through Bastille Week, dovetailing into various celebrations on July 15th, 2018. And, from July 16th to the 22nd, Chicago’s French Restaurant Week takes place as well. In both cities special promo prices run from $17.89 (the bar option), $25 (the lunch option), $38 (the basic dinner option) and $178.90 (the dinner option for 2), so priced in honor of the French Revolution.

In addition, Bastille Day is celebrated on this coming Sunday through the annual French Street Fair which  is sponsored by the French Institute Alliance Française (FIAF). Taking place on July 15, 2018, from noon to 5 pm., this summer’s fête offers booths with a selection of French food, wine, culture, musique, dance, and other entertainment on east 60th Street, from Fifth Avenue to Lexington. For over 20 years, Bastille Day on 60th Street has been the city’s largest public celebration of France’s national holiday and honors the country’s historic friendship with the USA. The day recalls the Bastille’s storming and the birth of the modern French nation.

Highlights include a live screening of World Cup Final; a champagne and jazz party (inside the FIAF building from 1:30pm & 3:30pm); a South of France Tasting; a “Sneak Peek” screening of “Le Brio” at 5:30pm; and, at 4:45pm, a prize drawing to win Trips to Paris and Martinique. For more info phone 212-355-6100 or email bastilleday@fiaf.org

Famed chef Daniel Boulud’s Upper West Side casual bistro, Bar Boulud (1900 Broadway at 64th St.) will celebrate the French holiday with stations presenting some favorite French food items such as Jambon & Gruyere crepes, Saucisse on Mini Baguette, Salmon Rillette, Sweet crepes with assorted fillings, Choux a la Crème (profiteroles with classic vanilla chantilly) as well as refreshing wines by the glass such as Rosé, Pol Roger, Beaujolais, Vin Blanc, and Hard Cider from Normandy. The outside terrace will be taken over by can-can dancers and live music; festivities take place from 12pm – 8pm. Located across from Manhattan’s Lincoln Center, Bar Boulud serves seasonal French fare and has an extensive range of traditional terrines and pâtés. Its James Beard Award-nominated wine program spotlights Burgundy and the Rhóne Valley. With its contemporary design, The main dining room has seating at a glass encased charcuterie bar and at booths flanking the wine cave-esque space.

For another dining variation try celebrating Bastille Day with the Guadeloupe Islands in mind. At L’Express (249 Park Ave S, New York, NY 10003) its July 14th fare will be based on a Guadeloupean menu being served from 11am to 11pm. In addition, m usic will be provided by Brand Ambassador DJ Willy Monfret from 7pm-9:30pm.

And for a real alternative, Saturday, July 14th is the 5th Annual NYC Bodypainting Day. Though not directly related to the other events by date — unless someone is painted with the the French tri-color flag — fully nude men and women will spend four hours of live painting, accompanied by Washington Square Park pianist Colin Huggins and a unity song circle which follows at 4:15pm right after the body painting display ends. Promoting acceptance of all people, regardless of race, gender and political affiliation, songs will include John Lennon’s “Imagine” and Woody Guthrie’s “This Land is Your Land.” Other activities include a photo shoot at the Fountain, a march to Union Square Park, a double-decker bus tour over the Manhattan Bridge, and after party bash benefiting Human Connection Arts, producer of Bodypainting Day and other public art events. For more info go to: humanconnectionarts.org,

All of this Gallic brohaha had been kicked off by the 3rd annual France Rocks Summerfest presented by The French music Bureau Export, — which had started on June 1st 2018 — and closed on July 5th with a huge selection of bands in both Manhattan and Brooklyn. The largest French music festival in the US it showcases native French talent as well as international artists who draw inspiration from France. The lineup had included 25 artists spanning genres from indie pop, rock, world and electronic music. Info can be found #FranceRocksFest2018 where one can view the artists bios or find out about next year’s fest.

Suzanna BowlingJanuary 28, 2023
Read More
Scroll for more
Tap
Broadway in Bryant Park Starts Off With All That Jazz
Hooters Brunch the Perfect Way to Spend a Saturday or Sunday