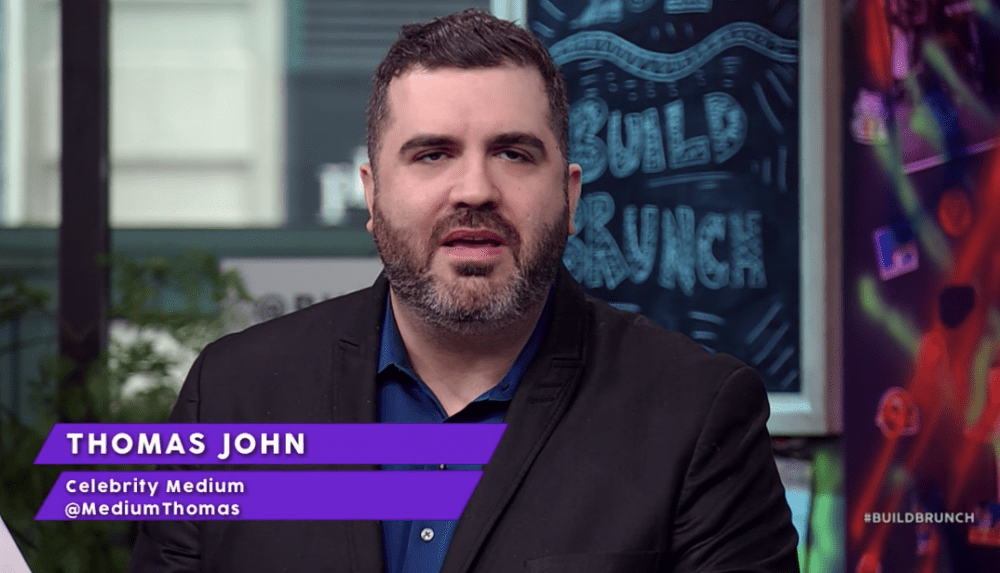 Thomas John, the world-renowned psychic and medium, known to many as the “Seatbelt Psychic”  from Lifetime TV’s popular half-hour series, brings his interactive theatrical experience, Dead Serious, to New York City’s Theatre Center (210 West 50th Street) this summer. Dead Serious will play a limited engagement from July 16 – September 4. Tickets may be purchased by calling 800-745-3000 or online at DeadSeriousShow.com

Pulling from his personal stories, this incredibly unique production explores his past and journey in embracing his gift as a medium. Each night, he connects audiences with loved ones on the other side, creating a once-in-a-lifetime encounter that will leave you stunned. “Honestly, Thomas John is amazing! It’s mind-blowing.” – James Corden

As the author of the book Never Argue with a Dead Person: True and Unbelievable Stories from the Other Side and star of the hit TV show “Seatbelt Psychic,” Thomas John is one of the most sought-after, unique voices in the metaphysical and psychic medium space today. With a five-year waiting list for a private reading, he travels around the world sharing his ability to communicate to the dead to help the living.

Emmy-award-winning producer Michelle Wendt is a true Renaissance woman — writing and directing off-Broadway musicals, as well as many sitcoms and television shows, and the co-creator of the clothing line, Miller Wendt. As creator of the successful musical HA! — a musical starring actual stand-up comedians — she has a passion for telling stories through the format of documusicals. She spends her time equally between New York and Los Angeles.