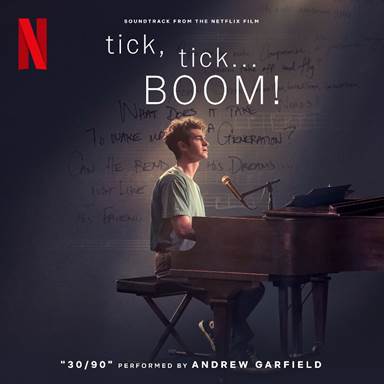 Sony Music Masterworks today debuts the lead single from tick, tick… BOOM!, Netflix’s forthcoming film directed by Lin-Manuel Miranda and based on the autobiographical musical from Jonathan Larson, who revolutionized theater as the creator of Rent.

“30/90” sets the stage for the film’s larger conflict, which follows Jonathan as a young composer over the course of eight frenzied days leading up to a crucial workshop performance and his 30th birthday.

Today’s single is the first offering from the full soundtrack, which is set for release Friday, November 12 from Sony Music Masterworks and features songs by Jonathan Larson as heard in the film.