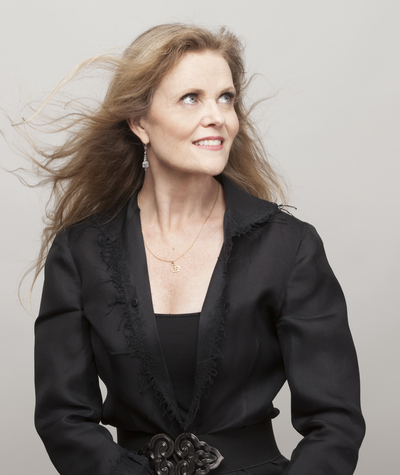 Revered jazz vocalist Tierney Sutton makes her Café Carlyle debut, March 19-23. An 8-time Grammy nominee over the course of her esteemed career, Sutton has received seven consecutive nominations for Best Jazz Vocal Album – one for every project she has released over the last decade. In 2013 she released After Blue, a jazz-inspired re-imagining of the legacy of Joni Mitchell. The album received widespread acclaim and was Sutton’s breakout as a leader without her longtime band [the Tierney Sutton Band]. In 2016 she released The String Variations, with the Tierney Sutton Band. The New York Times has said “Ms. Sutton is a pure jazz spirit who respects a song. Even when going out on an improvisatory limb, she never lets its essence slip away” and that she is “a serious jazz artist who takes the whole enterprise to another level.”

In recent years, Tierney Sutton has headlined iconic venues including The Hollywood Bowl, Carnegie Hall, and The Kennedy Center and Jazz at Lincoln Center. She can also be heard on film and TV soundtracks including that of the Academy Award-nominated film, The Cooler, as well as commercials (BMW, Green Giant, Yoplait Yogurt, Coke). The Tierney Sutton Band was chosen by Clint Eastwood to score his feature film Sully, starring Tom Hanks and Laura Linney, which premiered in September 2016. When she is off the road, Tierney is in demand as both a producer and a vocal educator. She taught for over a decade at USC’s Thornton School of Music and served for five years as Vocal Department Head at The Los Angeles College of Music in Pasadena, CA where she created a new curriculum for vocalists of all genres. Tierney has taught and mentored some of music’s finest new generation of singers including Gretchen Parlato and Sarah Gazarek.

About Café Carlyle at The Carlyle, A Rosewood Hotel

Originally opened in 1955, Café Carlyle is New York City’s bastion of classic cabaret entertainment, a place where audiences experience exceptional performers at close range in an exceedingly elegant setting. Since composer Richard Rodgers moved in as The Carlyle’s first tenant, music has been an essential part of The Carlyle experience. No place is that more evident than in the Café Carlyle.

Stephen SorokoffMay 5, 2022
Read More
Scroll for more
Tap
My View: The Best Performance of My Funny Valentine You Will Ever Hear
Karla Harris Releases New Album