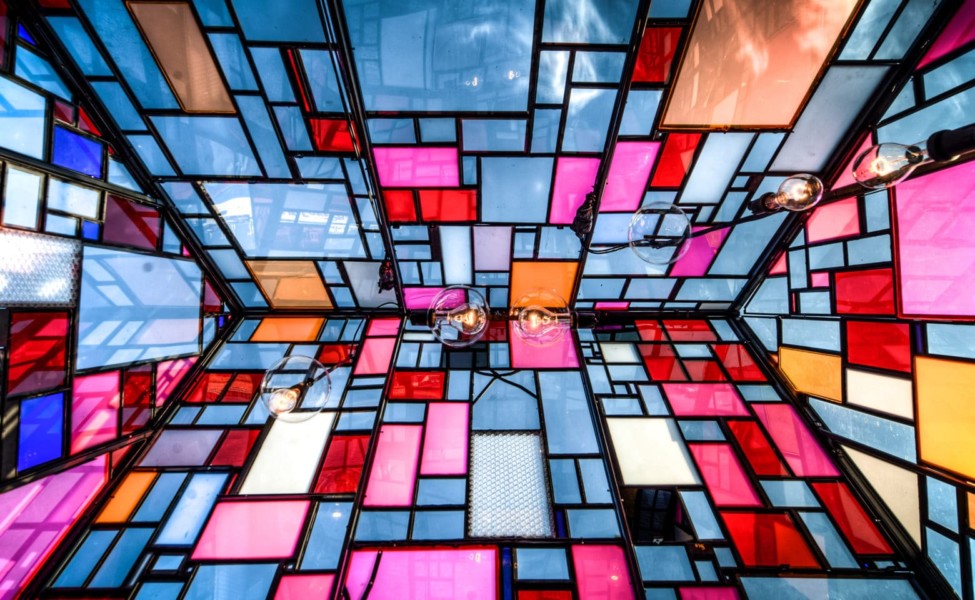 Light. Color. Architecture. Experience it all at the two newest installations on Pier 17, two colorful plexiglass and steel houses by Brooklyn-based artist Tom Fruin. These houses are a part of the ICON series, a collection of public art works designed to make viewers reimagine the buildings and structures around them in a new way.

Kolonihavehus, located at the entrance of Pier 17, is Fruin’s first work in the ICON series and has previously been displayed on the Brooklyn waterfront. The ICON series features everyday structures like houses, water towers, windmills, and more. The artworks are typically made using found plexiglass and reclaimed steel, and can be found around the world from Detroit to Buenos Aires. The series began in 2010 with the creation of Kolonihavehus and was shortly followed byWatertower, still located in Brooklyn.

Known for his large scale installations, Tom Fruin most commonly uses steel and highly colored plexiglass to create monumental sculptures referencing local building structures. Fruin describes his drive to make art that is publicly accessible, as well as sustainable by working with reclaimed materials and alternative energy. Fruin’s largest installation to date, the Watertower series, is installed on multiple rooftops across New York City and around the country. Other large scale work has been exhibited in public plazas in Prague, Vienna, Copenhagen and throughout the United States.