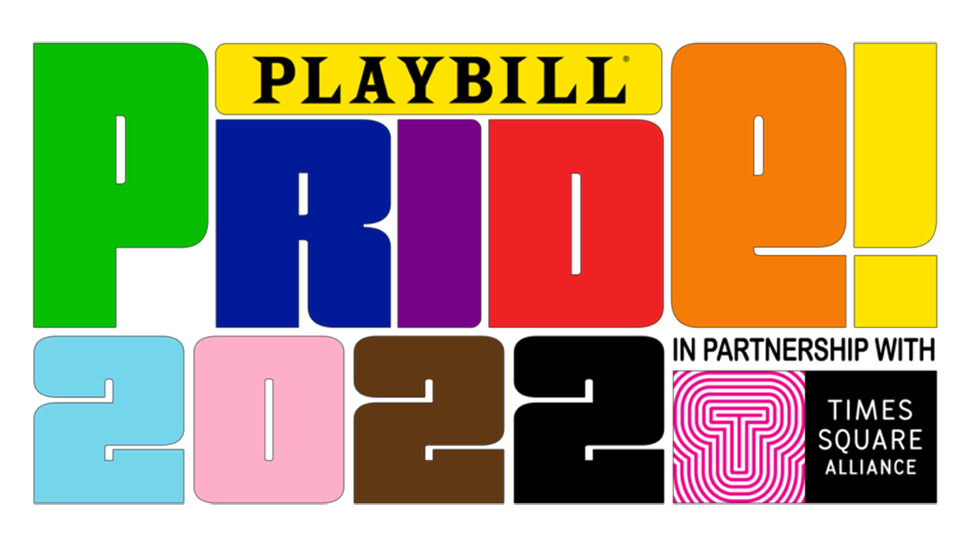 Playbill and the Times Square Alliance are PROUD to partner on an exhilarating Pride In Times Square list of events, centered around NYC Pride Weekend, June 24-to-June 26, 2022, with the support of Heritage of Pride (Pride NYC). With top-stage and screen celebrities, LGBTQIA+ non-profit organizations, Broadway/Off-Broadway productions, local Times Square business promotions, an AR Rainbow above 7th Avenue, and a Big Broadway Disco, Pride in Times Square promises to be the most dynamic and exciting celebration in the history of Playbill and Times Square’s Pride Events.  Pride In Times Square is sponsored by ViiV and Audible. 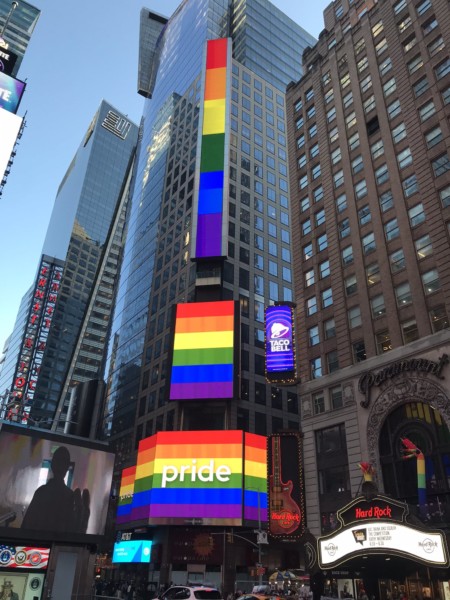 “The Times Square Alliance is honored to partner with Playbill in delivering a weekend of exciting and inclusive events for Times Square to celebrate Pride,” said Tom Harris, President of the Times Square Alliance. “We look forward to welcoming LGBTQIA+ individuals and allies to the crossroads of the world to enjoy programming that supports, inspires and represents the diverse community of New York City.”

Celebrated on the mainstage, Pride 365: LIVE! will bring community/non-profit organizations and Broadway/Off-Broadway shows together to celebrate dynamic voices in the community, and support their continued fight for equity, diversity, and inclusion for all. Special guests, panels, surprise performances and more will take the stage on Friday June 24th and Saturday June 25th. A list of events will be announced June 1st.

Join Playbill as New York and Times Square celebrates Pride like never before. Times Square will “ignite the night” with THE BIG BROADWAY DISCO – a large-scale street party that invites revelers to dance through Times Square to classic and contemporary Broadway songs and performances – all with a disco flare and performed in the heart of New York City: Times Square. With the Playbill Pride Float acting as a focal point for the night, guests will experience a Pride celebration like no other, while entertained by DJ’s, performers, fabulous costumes, and more on Saturday June 25th beginning at 6:00pm. #BwayDisco

Join Pride 2022 in the heart of Times Square at the Sing for Hope piano! Audiences will be able to take photos with the one-of-a-kind designed piano enrobed with Playbill covers and stay for piano sing-along performances and piano concerts throughout the morning and afternoon, led by top-Broadway musicians and performers.

Pedestrians and audiences in Times Square will have the opportunity to connect with Pride in Times Square sponsors ViiV and Audible with exciting and interactive Double Decker Buses, acting as anchor points for audiences to explore on Friday June 24th and Saturday June 25th.  Those buses will then become part of the NYC Pride March on Sunday June 26th down 5th Avenue.

Following the tremendous launch of The Broadway Grand Gallery in April, the 11 giant Playbill Monoliths featuring 21 Broadway and off-Broadway productions will transform in design to reflect Pride-month from June 1st thru June 15th.  Pedestrians in Times Square on Broadway between 47th and 48th Streets will encounter a garden of gigantic Playbills featuring current running shows creating multiple photo and social media opportunities. The 21 shows participating in The Broadway Grand Gallery include:

The Book of Mormon

Harry Potter and the Cursed Child

The Phantom of the Opera

The Play That Goes Wrong

The Times Square Alliance is celebrating the best of the neighborhood’s Pride discounts, deals, giveaways, and special menu items from local businesses all month long. Browse special offers from Times Square restaurants, shops, shows, and attractions that celebrate and support the most colorful month of the year. Plus, experience #SignsOfPride in Times Square with displays of Pride flags and rainbows on screens and billboards throughout the Crossroads of the World.

Polar Rainbow (2022), by the artist Kristaps Ancāns, is an Augmented Reality sculpture of a virtual double rainbow, which connects the North and South poles where rainbows don’t exist. It soars over 3000 feet above 7th Avenue in New York and will be on view in Times Square where 7th Avenue famously intersects with Broadway.

Polar Rainbow will be viewable for the entire month of June. New Yorkers and visitors can download the app through a QR code placed onsite in Times Square, or online through the Time Square Art’s website.